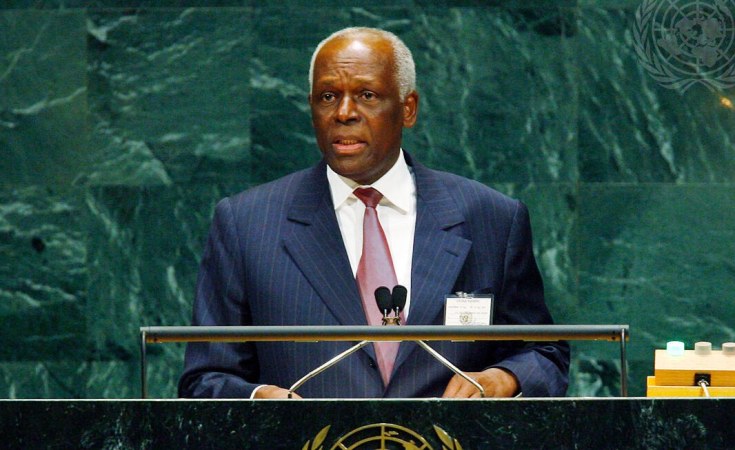 There is unlikely to be consensus on what José Eduardo dos Santos, Angola's former longtime president who died earlier this month in Barcelona, Spain, will represent in the memory of Angolans.

While he has been credited for steering his country through a decades long civil war, his rule was marred by authoritarianism, high levels of corruption, and the securitisation of the state.

Critics were not tolerated and inequality marred attempts at post-conflict reconstruction. The failure to significantly diversify the country's economy beyond its heavy reliance on oil has continued to haunt his successor, João Lourenço.

Dos Santos was not a man known for his speeches or for intense public engagement. The most common way that he was encountered was through his face being on the country's banknotes, an ironic reminder of the wealth he seemed to personally control.

Outside election cycles, Dos Santos was a withdrawn president. He stayed in his presidential homes, trusting only a small group of advisers and preferring to give verbal instructions rather than written ones. Angolans generally only saw him in the media and occasionally at official events if they were allowed to be present.

His silence allowed people to project their beliefs onto him, rather than ever be sure of an insight into his own thoughts. It was precisely this distanced silence, therefore, which produced his aura of power and the cult of personality that surrounded him.

Dos Santos came to power in September 1979 at the age of 37. He quickly came to inhabit his presidential position, side-lining many of the original prominent leaders of the governing People's Movement for the Liberation of Angola (MPLA), while installing his own people in positions of power.

His understanding of the workings of state institutions, presidential power and financial flows became apparent as the MPLA found itself increasingly unable to counteract its own president, causing frictions between party and leader.

Oil funds were used to ensure the viability of the MPLA's war effort against the rebel movement Unita through the purchase of weapons and food. They also became a means of disbursing patronage and favours, tying the elite to the president's whims. The fear of losing access to financial support in a country where to be poor meant having almost nothing acted as the ultimate threat for the elites.

By the end of the country's civil war in 2002, decisively won by the MPLA led by Dos Santos, the presidency had almost rendered other decision-making structures irrelevant. The new 2010 constitution further embedded presidential powers. These had been informally accumulated during the 1980s and strengthened in the 1990s. This included the elimination of the position of prime minister as head of the government.

Dos Santos inspired loyalty and fear. A number of factors made this possible. These included his long stay in power (1979 to 2017) as well as the creation of a parallel security state answerable almost exclusively to him. People were wary of phones being tapped, of acquaintances working for intelligence services, and the internet being monitored.

This fear created a relationship to the presidency in which it was understood as socially remote from ordinary Angolans; but seemingly omnipresent due to the belief in the office's capacity to collect information about the most banal of everyday actions and statements.

These beliefs often seemed to be realised in the late days of Dos Santos's rule when activist circles were infiltrated. This led to arrests and show trials of those questioning state policies and the political system.

One of the long-term legacies of his rule is a paranoid and authoritarian political system. It does little to serve the needs of the majority and centres too much power in the presidency.

Attempts at opening up the political space and producing an engaged civil society were dampened if not openly crushed. Despite leading the country into its most-prolonged period of peace since 1961, when the insurrection against Portuguese colonial rule began, Dos Santos's style of rule was detrimental to the growth of a vibrant democracy. Criticism was treated as a threat. Security forces were readily used to harass critics and opposition.

Dos Santos's economic legacy, more than his political one, attracted the most attention abroad. During his final years and his retirement in 2017, the accumulation of wealth by his family, especially his eldest child, Isabel dos Santos, generated significant criticism from Angolans and foreigners.

His children's actions were viewed by many as symbolic of the broader scourge of corruption that had come to characterise Angola's political economy. This, under the pretence of building a "national bourgeoisie".

At the heart of Dos Santos's power and Angola's wealth stood oil. While many understood the country's continued reliance on oil during the civil war period (1975-2002), Dos Santos' inability to encourage significant diversification of the economy during the decade long post-conflict oil boom was perhaps one of his greatest failures.

If poverty was already extreme for many Angolans, the failed promises of the oil boom only made the period that followed worse. With the crash of oil in 2015, the country has experienced austerity, rising unemployment and worsening social conditions. This situation could have been alleviated if more focus had been placed on building alternatives to the oil industry.

Dos Santos died five years after leaving office in self-imposed exile, abandoned by his previous political allies, especially those belonging to his own generation of the anti-colonial struggle.

His body is now in litigation in a Spanish court and is the subject of a close dispute between different wings of his family and the Angolan state. President João Lourenço decreed seven days of national mourning and insists on holding a state funeral. Dos Santos's children have accepted to bury him in Angola, but only after the 2022 election as they seek to leverage the political significance that his body symbolises.

The dispute is evidence of the power Dos Santos's wielded in life and now in death. On the eve of the Angola's August 24 elections, his funeral would be a means for Lourenço to gain electoral advantage and redeem himself in the face of public criticism for the attacks carried out against Dos Santos and his children.

For Lourenço and the hard-core of the MPLA, Dos Santos' body is a political asset with the potential to appease internal divisions, negotiate with his children, and calm popular dissatisfaction with Lourenço's and the party's performance since 2017.

Amid the political dispute over the body and general elections, Dos Santos's political legacy will continue to divide Angolans immensely for a long time.