Africa: Cryptocurrencies Are Gaining Ground Across Africa. That's Both Good News and Bad 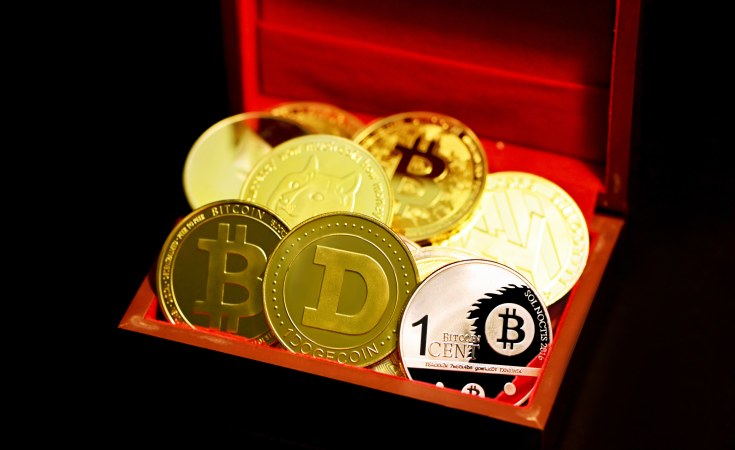 Cryptocurrencies have become popular in African and other developing countries. That's according to a policy brief released recently by UNCTAD, a United Nations agency. Significant proportions of Kenya (8.5%), South Africa (7.1%) and Nigeria's (6.3%) populations are using these digital currencies. In June, the Central African Republic adopted bitcoin as a legal tender.

The report warns that widespread use of unregulated digital currencies poses danger to the continent's financial system. In an interview with The Conversation Africa, Iwa Salami, an expert in financial technology law and regulation, examines the future of digital currencies in Africa.

Why is cryptocurrency becoming popular in Africa?

Cryptocurrencies have gained acceptance among a large proportion of the low-income population that was, previously, financially marginalised. Most banks in Africa were not accessible to this segment. Even when they were, low-income account holders were discouraged by high transaction costs.

Another factor is economic stagnation compounded by debt crises and political instability in African economies since the era of independence. This has resulted in weak currencies ravaged by inflation in countries like Kenya and Nigeria.

Cryptocurrencies promised to address both financial exclusion and the problem of weak domestic currencies.

Cryptocurrency gives everyone with access to a mobile device and internet connectivity the opportunity to engage in activities similar to those conducted through financial institutions and intermediaries. That includes payments, sending remittances and making investments.

Investment is particularly inviting to the technically savvy. It gives them the opportunity to hold assets that aren't affected by rising inflation and depreciating domestic currencies.

Cryptocurrencies are also quicker, cheaper and easier to use than conventional methods. That's because the technology facilitates peer-to-peer transactions rather than relying on intermediaries. These currencies were more accessible than traditional banks during the pandemic and lockdowns. This further drove their use and growth across Africa.

What does a high number of people holding cryptos imply?

This can facilitate economic activity in African countries. People with no access to banks and banking services are able to pay for goods and services using cryptos.

Crypto transactions are also believed to be a more secure way of transacting. Unless someone gains access to the private key for your crypto wallet, they cannot sign transactions or access your funds.

The system also facilitates transparency. All cryptocurrency transactions take place on the publicly distributed blockchain ledger. There are tools that allow anyone to look up transaction data - including where, when, and how much of a cryptocurrency someone sent from a wallet address.

But there are risks, too. What are those?

First, cryptocurrencies are very complex. They require a bit of technological astuteness to embrace. A significant proportion of the adult population in sub-Saharan Africa (34.7%) is illiterate and may not be able to grasp it. This, to a certain extent, turns the financial inclusion argument on its head.

Secondly, although it is argued that the blockchain is a more secure way of transacting, the downside, of course, is that if you lose your private key there's no way to recover your funds. This is a threat that does not exist if you have a bank account.

Thirdly, cryptocurrencies have had a history of volatility, as is currently being experienced in the crypto market). This has adversely affected retail investors, especially those who do not understand this type of asset class.

Another issue of profound concern to African states is the potential threat to monetary sovereignty. Should crypto ever be more widely used than domestic fiat currency, national monetary agencies such as central banks may not be able to steer their economies to a path of growth using monetary policy. Such policy is, after all, primarily administered through domestic currencies.

An associated threat is the weakening of effective capital controls in African states. These are needed to prevent capital flight from domestic economies. Any weakening can result in significant volatility in currency rates and the rapid depreciation of domestic currencies.

There are also threats to financial stability. This could arise from significant exposure that financial institutions, like banks, have to crypto firms such as through loans. Regulation in some African countries, such as Nigeria addresses this by restricting transactions between banks and crypto assets service providers.

What is the future of cryptocurrencies in Africa?

Despite the ongoing downturn in the market, cryptocurrency represents the future of finance and financial transactions. And there are indications that cryptocurrencies are here to stay which is seen from their increasing recognition by countries. At one extreme, the governments of El Salvador and the Central African Republic have adopted bitcoin as legal tender, although the implementation and impact of this on their broader economies have been faced with severe criticisms.

But if cryptocurrencies are to live up to their promise, both on the African continent and elsewhere, there must be a globally coordinated and holistic approach to regulation, since transactions are global. Although some action on this front is emerging, the current fragmented approach to regulation across the world is not ideal.