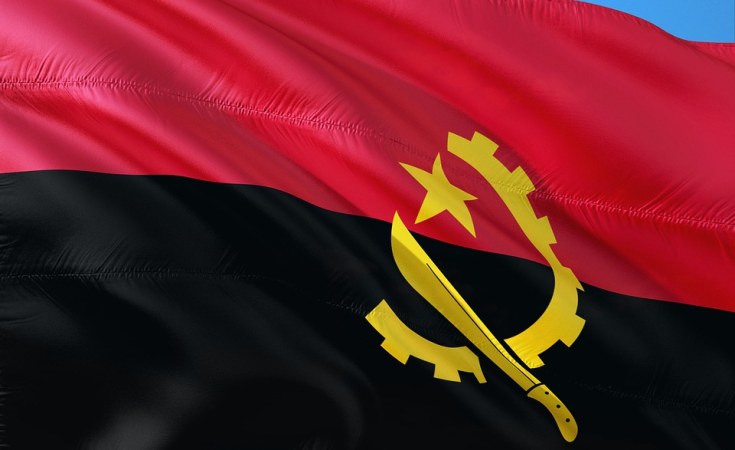 With voters impatient for better government, Angola's parliamentary elections on 24 August will be the closest since democratic elections were first introduced.

The electoral contest in Angola - which officially started on 24 July - is fiercely competitive. An Afrobarometer survey in May found the opposition National Union for the Total Independence of Angola (UNITA) party was trailing the governing Movement for Popular Liberation of Angola (MPLA) party by just seven percentage points, with around half of voters still undecided.

The ruling MPLA is headed by current president João Lourenço and the UNITA party is led by Adalberto Costa Júnior. A decision in May by the Constitutional Court to rule UNITA had to campaign on its own and not as part of an opposition coalition is a reminder that the MPLA capitalizes on its incumbency.

João Lourenço was handpicked by his predecessor José Eduardo dos Santos, the former president who recently died in Spain. Lourenço, widely known as JLo, had promised to usher in a new era for Angola after winning 61 per cent of the vote in the 2017 elections, and initially enjoyed a honeymoon with widespread goodwill for a leadership change after 38 years of his predecessor.

Although this recession was not of JLo's making, it has increasingly eroded his popularity, particularly in urban and peri-urban areas and among the youth

But his reform ambitions were stunted by inheriting an economy in crisis, impacted first by low commodity prices and then the COVID-19 pandemic. The national currency, the kwanza, plunged while inflation spiked sharply, and Angola peaked at a debt to GDP ratio in 2021 of more than 105 per cent.

Reform challenges in the face of corruption

In addition to consolidating power, JLo sought to privatize state-owned enterprises, reforming the oil and diamond industries. This was no easy task, compounded by decades of kleptocratic behaviour making it difficult to recover stolen funds and dismantle corruption networks.

Years of underinvestment in the oil sector caused by a poor investment climate during the tail end of the Dos Santos era, together with the oil price slump in 2015-16, also plunged Angola's economy into recession in 2016 which lasted until 2021.

Although this recession was not of JLo's making, it has increasingly eroded his popularity, particularly in urban and peri-urban areas and among the youth. Angola is a highly urbanized - some 65 per cent - and the concentration of the population in cities with inadequate housing and public services has heightened dissatisfaction and impatience with the government.

The paradox is that his government had begun reforms, such as an improved the ease of doing business and pushing back on corruption from the overwhelming pervasiveness of the end of the Dos Santos era. There were also ambitious privatization plans to sell off 195 state-owned assets and diversify the economy.

The reality is JLo inherited a fiscal cliff, grown from years of borrowing to finance infrastructure projects alongside low oil prices, and exasperated further by the COVID-19 pandemic shock.

He appointed a competent economic team, reducing superfluous spending and deepening ties with major creditors, such as entering an Extended Finance Facility (EFF) with the IMF and using Angola's influence on China for the setting up of the G20's Debt Service Suspension Initiative (DSSI) that saved Angola $3,471.7 million over 2020-22.

But popular Angolan impatience for better government after the challenging final years of the dos Santos years is understandable, and significantly increased oil prices in 2022 - following the Russian invasion of Ukraine - to more than $100 a barrel has provided a boost of extra funds over the past six months for the government, although much of this will be spent on short-term pre-election consumption.

If Angolans elect a JLo administration for a second term, it will enjoy no honeymoon and probably witness an initial period of result contestation by the opposition

Oil and related industry remain central to Angola's economy, constituting 50 per cent of Angola's GDP and 92 per cent of its exports. Angola's oil production output is projected to improve to 1.4m barrels/day (b/d) by 2026, which points to a recovery in production, but it is unlikely to return to the high of 2016 of around 1.8m b/d.

Europe is seeking to diversify its oil and gas supplies away from Russia and will be increasingly active in Angola buying energy along with China and India. The international financial markets also have faith in Angola's economic future, and Angola raised $1.75 billion in overseas debt in April, becoming the second African nation to tap the Eurobond market since the start of the war in Ukraine.

The ten-year debt offering, the first since 2018, was priced to yield 8.75 per cent, less than the initial guidance, and was more than two-times oversubscribed. Angola tapped the Eurobond market at the right moment, before increased interest rates made such an effort much less attractive.

The president at his initial political rallies has promised investment, jobs, and a new commercial hub. UNITA and the other opposition parties make similar promises of economic growth and jobs at their rallies, but privately admit that their prime advantage is capitalizing on fatigue of the same party in government since independence in 1975.

UNITA's charismatic leader in Aldaberto Costa Júnior is drawing massive crowds at his political rallies to the concern of the MPLA strategists. Yet some voters, as Afrobarometer noted, are still undecided and the MPLA is extremely well-organized. Incumbency does not energize political rallies, but does have its advantages, and the MPLA is likely to prevail again.

But increasing its majority beyond 61 per cent that it won in 2017 is a tall ask and, if Angolans elect a JLo administration for a second term, it will enjoy no honeymoon and probably witness an initial period of result contestation by the opposition.