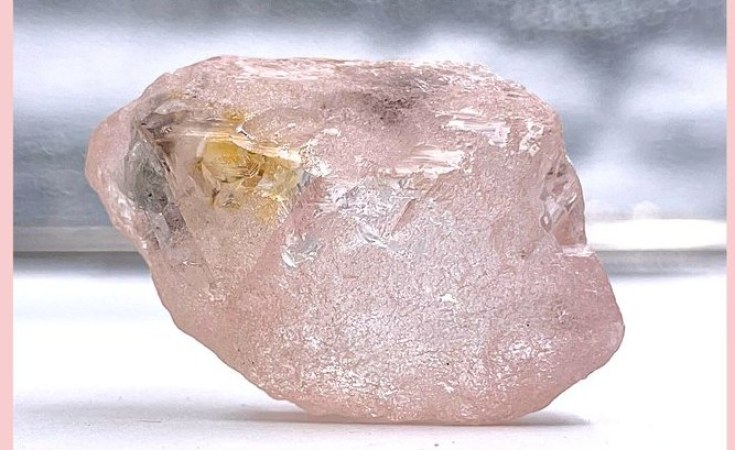 Australia's Lucapa diamond company said on Wednesday that miners at a site in Angola had found a 170-carat pink diamond, dubbed the Lulo Rose.

The stone, a Type IIa diamond, is believed to be the largest of its kind to have been found in centuries.

How valuable is the find?

It's expected that the diamond will fetch a dazzling sum when it is sold at international tender, with similar pink diamonds having gone for record-breaking prices.

However, to realize its true value, the Lulo Rose will have to be cut and polished in a process that can see diamonds lose up to half their weight.

Pink diamonds are graded, in terms of value, according to the four Cs -- color, clarity, cut, and carat weight.

Lucapa hailed the finding of the stone as "historic." The Angolan government, which is a partner in the mine, warmly welcomed the discovery.

What is a pink diamond?

While most colored gemstones contain chemical impurities that absorb light, no such materials are found in natural pink diamonds

Instead, the color is thought to be due to "plastic deformation" that the stones undergo during formation.

The theory goes that the diamonds, formed deep in the Earth, are propelled to the surface amid seismic shocks.

The process changes electron structures within the crystal lattice, affecting the way that the stone refracts light.

Pink diamonds are usually associated with the Argyle mine in northwestern Australia, which produces an estimated 90% of the world's natural pink diamonds.

However, they've also been found in Brazil, India, and Tanzania, as well as Angola.

The largest known pink diamond is the Daria-i-Noor (Sea of Light) diamond, which was mined in India and is part of the Iranian Crown Jewels collection of the Central Bank of Iran.

However, perhaps the best-known pink diamond is the Pink Panther, from the 1963 film of the same name in which Peter Sellers' hapless Inspector Clouseau tries to track down a jewel thief.