Congo-Kinshasa: Belgium Is Reviewing Its Colonial Past in the DRC - It's a Sensitive but Necessary Process 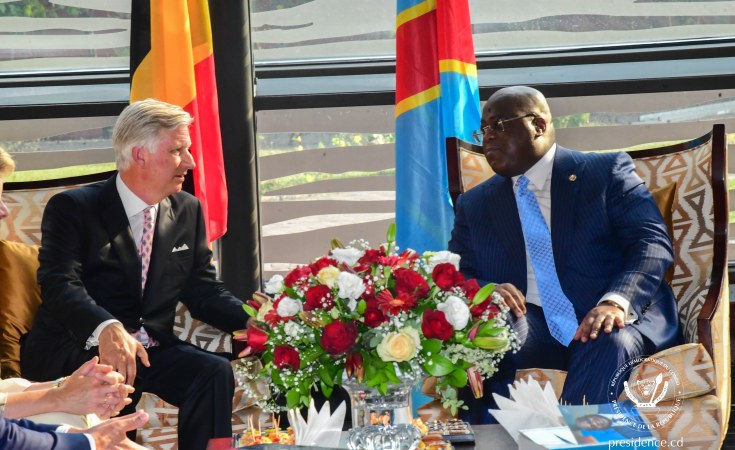 The year 2022 is shaping up to be a critical period for the troubled relationship between Kinshasa and Brussels.

In June, during a visit to the Democratic Republic of Congo (DRC), the Belgian king Philippe expressed his regret for the wounds of his country's colonial past. Prime Minister Alexander De Croo then apologised for Belgium's "moral responsibility" for the 1961 assassination of DRC Prime Minister Patrice Lumumba. The country later repatriated his remains.

From the outset, DRC President Félix Tshisekedi has said that the challenge for the two nations is to look to the future. He hopes in particular that stronger ties with Belgium will help attract more investments.

But there are those in the DRC who think Belgium hasn't done enough yet to compensate for its past. Opposition senator Francine Nkanga, for instance, has said:

We will never look to the future without an apology and reparations from Belgium.

So even if both Kinshasa and Brussels want to frame their relationship as one looking into the future, it's clear that their common past still weighs heavily on their countries.

In July 2020, Belgium set up a parliamentary commission to look into the country's colonial history and how to best address its consequences.

The commission is expected to come up with concrete recommendations later this year. It's hoped they will provide an idea of how to heal the relationships between Belgians, Congolese, Rwandans and Burundians.

It's a Herculean task.

The commission's mission is to shed light on a controversial history. It's required to critically assess the roles of the state, monarchy, church and corporations during Leopold II's regime (1885-1908). It will also cover Belgium's colonial rule (1908-1960), and the country's history in Rwanda and Burundi (1919-1962).

I interviewed Wouter De Vriendt, the chairperson of the commission, for insights into the team's work. He said:

The recommendations could be deployed in many fields: decolonisation of the public space, cultural heritage, fight against racism and xenophobia, academic research, education, and diplomatic and development cooperation relations.

But some political parties question this scope. Criticisms have also mounted from people of African descent living in Belgium.

Among other things, they say the commission doesn't sufficiently include black and mixed-race people, and that their current struggles aren't taken into account. In their view, the floor is primarily given to academic experts, revealing a persistent coloniality of knowledge.

As a history professor who has examined the influence of the past on current political, economic and cultural relations between Africa and Europe, I'm aware that it's crucial yet intricate to understand the points of view of people whose experiences we don't share.

The work of Belgium's parliamentary commission crystallises some of those challenges societies in Europe face when dealing with their colonial past. It may be on a difficult path, but it's a necessary one.

Grappling with the past

In 2020, George Floyd's murder in the US and the worldwide Black Lives Matter movement revived long-standing claims from diaspora organisations that have denounced the persistence of neo-colonial patterns in Belgium.

These trends still feed racism and discrimination in the country today.

In July 2020, Belgium's parliament appointed a commission to investigate the country's colonial past, document its consequences and propose appropriate responses.

The first task of the commission - with 17 members from across Belgium's political spectrum - was to appoint a multi-disciplinary committee. These 10 experts released a report in October 2021.

In a bid to broaden and deepen the conclusions of this report, parliamentarians organised hearings with diaspora and civil society. A large panel of international experts also makes presentations every week on the responsibilities of the actors involved in colonisation.

The debate is currently focused on relevant kinds of reparation and reconciliation processes.

From the onset, the commission faced hurdles.

While public and political attention peaked with the Black Lives Matter movement, priorities shifted following the COVID pandemic in 2020 and the 2022 war in Ukraine, and their economic fallout.

This prompted certain parties to question the importance of the commission's exercise.

For observers, the dire humanitarian and security situation, recently aggravated in Eastern Congo, should be higher on the political agenda than the scrutiny of history.

Some also worry about the political gains that lawmakers taking part in the commission may seek to reap.

In response to this, De Vriendt told me:

The commission represents a broad range of Belgian ideologies and interests, and is synthesising many topics and opinions ... This is the first time that diasporas have been included in a parliamentary initiative to such an extent ... The three independent academics additionally help to depoliticise and objectify the work and methodology adopted.

Yet the points of view shared each week can be diametrically opposed. Drawing constructive conclusions for present and future generations will, therefore, be a trying task.

But when I interviewed him, De Vriendt emphasised that the commission's objective "is not to come to a shared 'truth' nor to create consensus around a definitive narrative on history".

Its aim, he said, was to "demonstrate that Belgium is capable of an open, lucid and thorough reflection on its past and its consequences, and ... practical recommendations will follow, paving the way for appeased and improved relations between Belgians, Congolese, Rwandans and Burundians".

Among possible reparations, official apologies and financial retribution are most frequently listed. But they are the tip of an iceberg.

To move past the past, Belgium is considering other avenues. These include restitution of artefacts, joint research between Congolese and Belgians, reformed education, facilitation of visas for people from its former colonies and fighting discrimination faced by African descendants in Belgium.

The final recommendations could also apply to Belgium's development policy in central Africa to foster more inclusive and equitable partnerships.

Given the scope of competencies targeted, all layers of the Belgian state will likely be called to action in the final report expected in December 2022. This will include the federal government and local authorities. They, in turn, will have to take inspiration from the proposals, should they choose to do so.