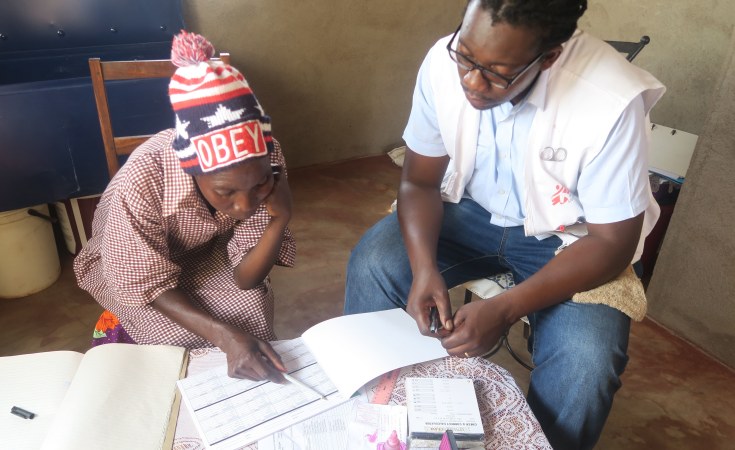 As the World Health Organization (WHO) recommended long-acting injectable cabotegravir (CAB-LA) for HIV prevention, and the Medicines Patent Pool (MPP) and UK pharmaceutical corporation ViiV Healthcare announced an agreement to open up generic production and supply of CAB-LA in 90 countries, Doctors Without Borders (MSF) called on governments in low- and middle-income countries (LMICs) to urgently include this drug in national HIV guidelines and accelerate its rollout to prevent HIV transmission.

Administered as an injection every two months, CAB-LA is the most effective form of pre-exposure prophylaxis (PrEP) for people at high risk of HIV. However, as detailed in a new MSF report released ahead of the 2022 International AIDS Conference, the lack of transparency around the pricing and plans for registration of the drug and implementation-science conditions for procurement, set by ViiV, may still pose as barriers to access to this medicine, particularly in LMICs.

"WHO's recommendation for use of long-acting injectable cabotegravir offers a more effective option for people in countries like Mozambique, where there is a high prevalence of HIV, who would hugely benefit from rollout of this drug to help reduce new infections," said Dr Zaid Seni, Medical Activity Manager, MSF Mozambique. "While the current oral preventive treatment available in low- and middle-income countries is effective, taking a daily pill can be challenging for some. CAB-LA offers a more discreet option that can facilitate better adherence for people at risk of HIV infection. We urge ViiV to make the drug available at an affordable price to support timely use of this game-changing drug to help avoid millions of new HIV infections."

ViiV holds patents on CAB-LA in multiple developing countries. The patent monopolies of the pharmaceutical corporation may block access to more affordable generic formulations in those countries and allow ViiV to sell CAB-LA at high prices, keeping the medicine out of reach for many who need it unless licenses are issued to generic manufacturers. Today, at the 2022 International AIDS Conference, ViiV and MPP announced a voluntary license on CAB-LA.

"Today's announcement on ViiV's agreement with MPP is a welcome yet limited step given its restrictive geographical scope. The license allows only up to 3 generic companies globally to produce and supply," said Leena Menghaney, South Asia Head, MSF Access Campaign. "It is disappointing to note that a number of developing countries with generic manufacturing capacities in Latin America and Asia are currently excluded from this license agreement."

CAB-LA was approved for the prevention of HIV infection by the US Food and Drug Administration (FDA) in December 2021, and ViiV currently charges over R62,000 (US$3,700) per vial in the US more than R371,000 ($22,200 per person per year). Research from the Clinton Health Access Initiative (CHAI) has shown that generic manufacturers could produce this drug for around R43,87 ($2.60) per vial (less than R337 / $20 per person per year). Although ViiV has publicly said they would provide CAB-LA for their at-cost price in many LMICs, they have yet to announce the price.

Another major limitation is that ViiV currently makes this drug available in LMICs only under its special program, wherein the drug is donated based on approval by the corporation to the organisations submitting protocols for studying the drug for PrEP. Granting access under research conditions may deny the most vulnerable populations, particularly in humanitarian settings, from accessing CAB-LA.

"Following WHO's recommendation for the use of CAB-LA as PrEP, ViiV must take immediate steps to publicly announce the price for this drug for all low- and middle-income countries and ensure sufficient supply everywhere by allowing procurement without any conditions to treatment providers and countries, until generics are available," said Jessica Burry, HIV/HCV Pharmacist, MSF Access Campaign.

Next Story
Tagged:
Copyright © 2022 Medecins Sans Frontieres. All rights reserved. Distributed by AllAfrica Global Media (allAfrica.com). To contact the copyright holder directly for corrections — or for permission to republish or make other authorized use of this material, click here.