Kenya: NCIC Issues 7-Day Ultimatum to Facebook to Comply With Hate Speech Regulations or Be Suspended 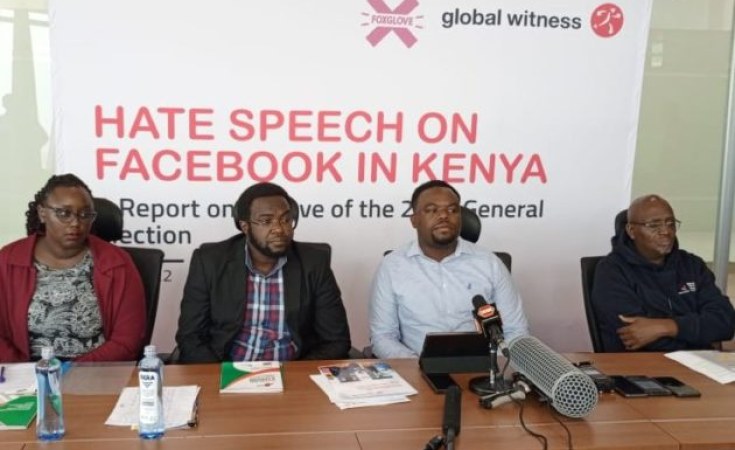 Nairobi — The National Cohesion and Integration Commission (NCIC) has issued a seven-day ultimatum notice to social media giant Facebook to comply with hate speech prevention guidelines or risk being suspended in the country.

The Commission issued the notice on the backdrop of a report released by Global Witness - an international Non-Governmental Organization (NGO) - that revealed the Mark Zuckerberg platform had failed to regulate Kenya's hate speech content in the country ahead of the August high-stake polls.

"From the report, it is very clear that Facebook is in violation of the laws of our country. They have allowed themselves to be a vector of hate speech and incitement, misinformation, and disinformation," NCIC Commissioner Danvas Makori said.

The Global Witness report raised serious concerns that Facebook had failed to do more in detecting hate speech content on their platform.

Already, NCIC has notified the Communication Authority (CA) to act in the eventuality Facebook fails to comply.

According to Commissioner Makori, the acts by Facebook contravene "our Constitution, NCIC Act and the Communication Act of Kenya".

The Commission and the leadership of Facebook met in Nairobi in April 2022 with the meeting arriving at the resolution that Facebook would step up its efforts to moderate and regulate the content posted on its platform, especially the ones that border on election matters.

"It is clear that their pursuit for profit supersedes their responsibility as far as peace and security is concerned in our country," Commissioner Makori said.

Makori also faulted the platform's reluctance to spearhead peace messages ahead of the August polls "yet they allow hate speech, incitement on their platform".

He regretted that the platform was discriminatory in regulating hate speech content in Africa.

"The hate speech moderation in the USA and Europe is very robust. There is a double standard to their moderation and self-policing.

81 social media users' the majority of whom are bloggers are already in court facing hate speech charges.

The Global Witness report has asked Facebook to urgently increase the content moderation capabilities and integrity systems deployed to mitigate risk before, during, and after the upcoming Kenyan election.

They further want the platform to properly resource content moderation in all the countries in which they operate around the world, including providing paying content moderators a fair wage, allowing them to unionize, and providing psychological support.

Routinely assess, mitigate and publish the risks that the impact of their service on people's human rights and other societal level harms in all countries in which they operate.

Publish information on what steps they've taken in each country and for each language to keep users safe from online hate.