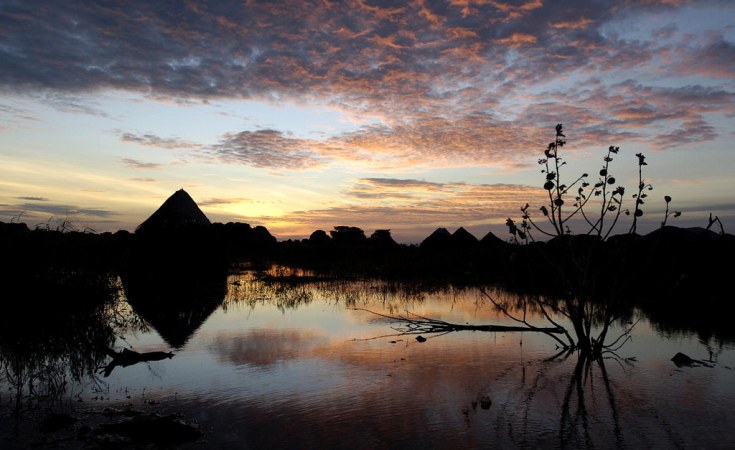 El Fasher / Um Dukhun / Kassala / Chad — One person was killed during floods in North Darfur whilst at least 180 houses and 126 stores were destroyed in floods in Central Darfur. A Darfuri refugee camp in Chad also faced severe flooding.

One person was killed in floods in North Darfur on Sunday. Locals reported to Radio Dabanga that three young men tried to cross Wadi (river) Bargo as they wanted to return home from their farms, but the force of the stream swept them away.

Two of them managed to reach the other side but Osman Suleiman (27) drowned after being swept away by the torrent.

The numbers are a preliminary estimate and might be higher.

Wadi Keili on the southern side of Um Dukhun flooded, which also damaged a number of houses.

The director of Um Dukhun locality lands, Awadallah Zakariya, said that they are looking for future solutions to secure the people and their property from losses caused by annual floods, especially those who live near Wadi Keili.

He added that these river areas are not suitable to live in and called on the people to help plan the transition and relocation to safer areas to avoid further losses.

Floods from Wadi Azum swept through the Goz Amer camp for Darfuri refugees in eastern Chad on Sunday. The camp's market was completely flooded and all schools, the health and social centres, and most houses were destroyed.

Witnesses told Radio Dabanga that the camp residents resorted to using boats to rescue those whose homes collapsed. They called on humanitarian organisations to intervene urgently to save the refugees.

In large areas of Kassala in eastern Sudan, thousands of families were affected by torrential rains and floods that swept the state last week. The floods caused heavy property losses.

The mayor of North Delta locality, Taher Ali Hamid, reported the collapse of more than 2.000 houses in a number of villages near the El Gash river and indicated that some villages were surrounded by flooded lands for more than four days.

Heavy Rains and Floods Cause More Disruption in Sudan