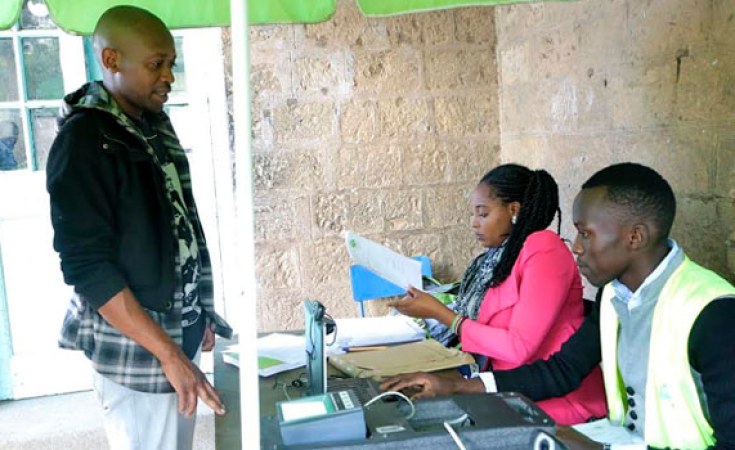 Kenya's failure to hold police accountable for allegedly killing dozens of people after the 2017 elections heightens the risk of officers again abusing their power, a leading human rights group has warned on the eve of this year's poll.

They have also been accused in the past of running hit squads targeting those investigating alleged rights abuses by police, such as activists and lawyers.

Human Rights Watch said the Kenyan authorities had failed to investigate accusations of police brutality or institute reforms, raising the threat of violence if the results of the 9 August elections are disputed.

HRW said it had documented the alleged killing of at least 104 people by police during the 2017 election, mostly supporters of then opposition leader Raila Odinga.

"With a week to go to another general election, Kenyan authorities have yet to take steps to ensure justice for police abuses that characterised the 2017 general elections," the rights group said.

HRW said it had interviewed activists, government officials, police officers and victims' families who voiced fears that law enforcers"would respond abusively to any violence or public protests if disputes arose after the vote.

Next week, Kenyans will be electing a new president as well as hundreds of members of parliament and about 1,500 county officials.

About 150,000 officers will be deployed to ensure the safety of the polls, police chief Hilary Mutyambai said.

This year's presidential vote is likely to be a battle between Deputy President William Ruto and Odinga, who is backed by Kenyatta.

With its diverse population and large ethnic voting blocs, Kenya has long suffered politically motivated communal violence around election time, notably after a 2007 poll when more than 1,100 people died.

More than a dozen civil society groups on Tuesday called for a peaceful vote as they launched a platform to monitor the polls. The bloc said it would increase transparency and accountability.

"We have synergised our efforts and decided to coordinate ... to have a rapid and efficient response," said Anne Ireri, the head of election observer group ELOG.

"The responsibility for a peaceful poll should not only be reserved for the electoral agency," said Felix Owuor, executive director of the Electoral Law and Governance Institute for Africa.

"Collectively we can have an election that is credible."