Africa: The U.S. Is Revisiting Its Trade Relations With African Countries - Key Issues On the Table 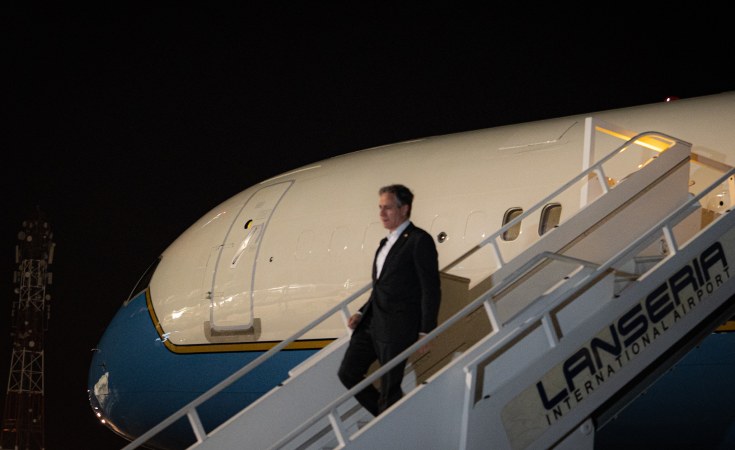 Last year, the US's Biden administration announced plans to increase two-way trade and investment between the US and Africa. The starting point was a revamp of the Trump-era "Prosper Africa initiative". As American secretary of state Antony Blinken visits three African nations - South Africa, Democratic Republic of Congo and Rwanda - Kefa Otiso and Francis Owusu provide insights into US-Africa trade relations and what's being planned to improve them.

What sort of trade arrangement is the US proposing?

In July 2021, the Biden-Harris administration launched the Prosper Africa Build Together Campaign.

The idea was to elevate and energise the US's commitment to trade and investment with countries across the African continent.

Through the initiative, the US is promising to help drive billions of dollars of investment to Africa and to work towards equitable access to the benefits of trade and investment. It also envisages harnessing the power of small businesses, especially those led by women and members of the African Diaspora.

This is a difficult question to answer, given the many possible configurations of a potential trade pact.

Nevertheless, we offer two key elements of such a trade pact.

Anything short of this would be counter-productive for one or both parties. For instance, a bad trade pact could worsen US trade deficits while for Africa, it would amount to a missed opportunity for badly needed structural economic transformation. In addition, it would force African countries to compete head-to-head with the much stronger US economy, to the disadvantage of their local businesses and industries.

Second, whatever agreement is reached needs to increase the capacity of African countries to trade with the US. While a US-Africa free trade agreement would be ideal, it would be unlikely to work well for many African countries. Countries with technological and economic weaknesses would easily be overwhelmed by the powerful US export machine.

So, instead of a free trade agreement, a beneficial pact for Africa should be designed to boost trade and investment between the US and Africa while also gradually increasing the capacity of African countries to compete globally in the production of nontraditional high-value products.

Although the exact details of the Prosper Africa Build Together Campaign are yet to be worked out, we are cautiously optimistic that it can live up to its promise. Unlike AGOA, it has a holistic and long-term focus. And because of the need to counteract the influence of Europe, Russia, and China, the US is likely to be more motivated to engage Africa both economically and geopolitically.

Africa can only get good trade pacts if it negotiates for them. African countries must therefore invest in capacity building and training for their trade negotiators as well as hiring, keeping, and empowering the right people for these roles.

What arrangement is in place at the moment?

The prevailing US-Africa trade agreement is the African Growth and Opportunity Act. It was enacted in 2000 and is expected to expire in 2025 unless the US Congress extends it.

The law has been at the core of US economic policy and commercial engagement with Africa since 2000. It provides eligible sub-Saharan African countries with duty-free access to the US market for over 1,800 products. This is in addition to the more than 5,000 other products that are eligible for duty-free access under the Generalised System of Preferences programme.

Currently, 36 countries on the continent are eligible for AGOA benefits.

Has it achieved its intended purpose?

To some extent, yes. The legal framework has helped to provide beneficiary countries in sub-Saharan Africa with liberal access to the US market. In addition, it has increased trade and investment ties between the US and sub-Saharan Africa. It has also created over 300,000 jobs in the region, especially in the apparel sector. As of 2021, non-oil US imports under the agreement (a major source of its job-creating value) were about US$4.8 billion.

However, not all sub-Saharan African countries have benefited from AGOA and their manufacturing sectors remain weak. Most of Africa's exports under AGOA are still dominated by apparel products. In addition, many of the AGOA beneficiaries have been foreign companies that are using Africa as a front to gain access to the US market.

In 2020, President Trump and his Kenyan counterpart Uhuru Kenyatta announced the start of negotiations for a post-AGOA deal between the two countries. Trump's administration claimed that the deal would serve as a model for other African countries.

Conceived in the context of Trump's preference for bilateral trade deals, the pact was to conclude within 10 months. But it did not. Otherwise, it would have given the US a replicable model for future trade deals with Africa. In the end, the expiry of Trump's term of office scuttled the negotiations.

This US-Kenya pact would have been the first such bilateral deal between the US and a sub-Saharan African country. Currently, the only African country with a free trade agreement with the US is Morocco. Called the Morocco Free Trade Agreement, it was signed in 2004.

In the case of Kenya, such a deal would have elevated its preferential access to the American market under AGOA to a reciprocal pact similar to those that the US has with 20 other countries around the world, including Morocco.

These trade initiatives have enduring threads tied to larger US values and interests in Africa. Future trade pacts are therefore unlikely to deviate much from past ones even as the US strives to counteract European, Russian and Chinese influence in Africa. African states should similarly fight for their own interests in such trade engagements.

First, should the US negotiate with individual African countries or with the continent as a whole? Secondly, should future US trade pacts with Africa be unilateral like AGOA or involve African leaders in defining their frameworks? In the light of the 2018 African Continental Free Trade Area agreement, which encompasses most of Africa, we think that future US-Africa trade deals will probably be more multilateral and comprehensive.

Francis Owusu, Professor and the Chair of the Department of Community and Regional Planning, Iowa State University

Previous Story
Blinken's Visit to Africa - The Need for an African Policy Framework Towards the U.S.
Next Story
U.S. Secretary of State Antony Blinken's Visit Aims to Reset Relations With South Africa

Blinken's Visit to Africa - The Need for an African Policy Framework Towards the U.S.