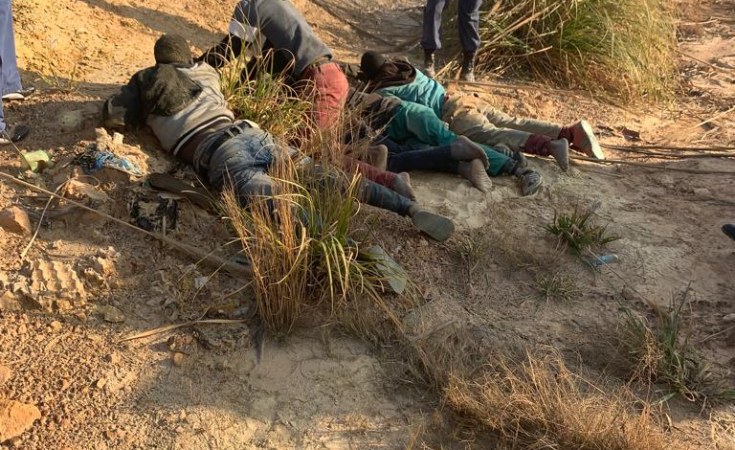 Johannesburg, South Africa — The National Prosecuting Authority in South Africa says at least 14 men out of dozens arrested face rape charges in an attack on a group of women who were making a music video earlier this month.

They are all part of the 80 men initially arrested in a major police sweep following the incident, she confirmed.

The women had been making a music video two weeks earlier in the mining area of Krugersdorp outside Johannesburg when they were attacked by a group of masked, armed men.

Mjonondwane said all of those charged with rape were foreign nationals, including from Lesotho and Zimbabwe.

"Seven accused appeared at the Krugersdorp Magistrate's Court facing charges ranging from multiple counts of rape, sexual assault, contravention of the immigration act, as well as robbery with aggravating circumstances," she said.

Many of those arrested are believed to work as illegal miners, known here as zama-zamas. The incident has sparked anger in local communities, as well as xenophobia, with mobs attacking the zama-zamas.

Police had said they would use DNA kits to try to identify the alleged attackers from among those rounded up, as well as a police lineup. However, Mjonondwane would not comment on how those charged had been identified.

Despite having a very high rate of rape and gender-based violence, South Africa -- which celebrated Women's Day on Tuesday -- was shocked by the brutal attack.

Previous Story
Next Story
Rape Is Endemic in South Africa. Why the ANC Government Keeps Missing the Mark

Rape Is Endemic in South Africa. Why the ANC Government Keeps Missing the Mark