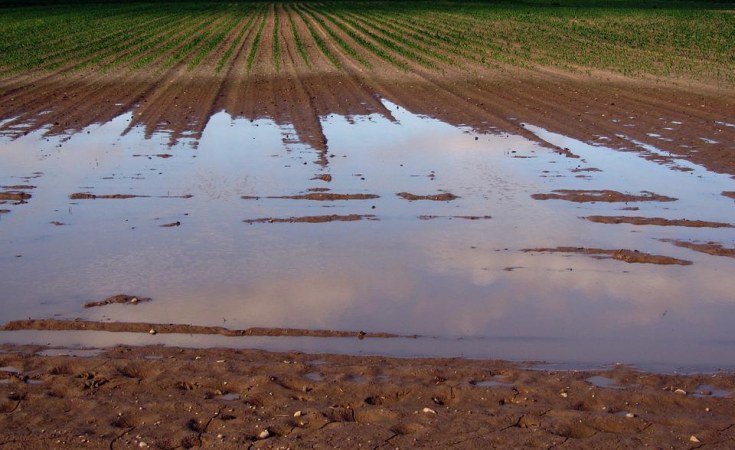 From January 2022 to August 4, over 682 people have been killed and thousands left homeless by a combination of flooding, mudslide and cyclone in countries such as Côte d'Ivoire, the Democratic Republic of Congo, Madagascar, Malawi, Mozambique, Niger, Nigeria, Rwanda, South Africa, Sudan and Uganda, data obtained from FloodList, an environmental publication, revealed.

"Urban floods in Ghana are caused mainly by unregulated development and choking of the drains network due to poor sanitation practices coupled with climate change," he explains.

Alfa adds that the impact of flooding in Ghana is devastating, with fatalities being recorded in many parts of the country. Water sources are often polluted leading to water-related health issues, he said.

"If drastic measures are not taken now, the future impacts of flooding will be high relative to food security and the general economy of Ghana and Africa at large," Alfa tells SciDev.Net.

"The impact of the flooding has the potential to stagnate economic growth in Africa if not addressed."

Between 2011 - 2020, Nigeria witnessed at least 1,187 deaths related to flooding - about 15 per cent of Africa's overall toll, a study on impacts and approaches to modelling flood data published in May by the International Journal of Environmental Studies shows.

The study also revealed damage to property worth US$904.5million - around 21 per cent of the continent's loss -during the time.

"Flooding in Nigeria is an annual problem, yet the adverse impacts can be mitigated through effective management," the researchers said in the study.

"During flooding, many farmers lose their farmlands, and this subsequently causes food scarcity and price hikes. Markets and shops are destroyed, subsequently affecting the livelihood of people," Ogunwumi says.

"There are several factors that are contributing to the occurrence of flooding in Nigeria and other parts of Africa," Ogunwumi tells SciDev.Net.

"The most notable factors are the changing climate which has led to increased rainfall, poor drainage and low standard buildings."

Ogunwumi says that poor waste disposal is also a contributing factor to flooding, and appropriately sanctioning people who indiscriminately dispose their waste could help reduce flooding on the continent.

He says that the presence of functional drainage systems will help channel water safely away from residential areas during heavy rainfall and reduce the impact of such incident, and asks African governments to develop sustainable urban drainage systems, and enforce strict policies against indiscriminate waste disposal.

We Need a Clearer Roadmap to a Resilient Food System #AfricaClimateCrisis

Previous Story
Tagged:
Copyright © 2022 SciDev.Net. All rights reserved. Distributed by AllAfrica Global Media (allAfrica.com). To contact the copyright holder directly for corrections — or for permission to republish or make other authorized use of this material, click here.