Kenya: I Was Prayed Into Victory - President Elect William Ruto 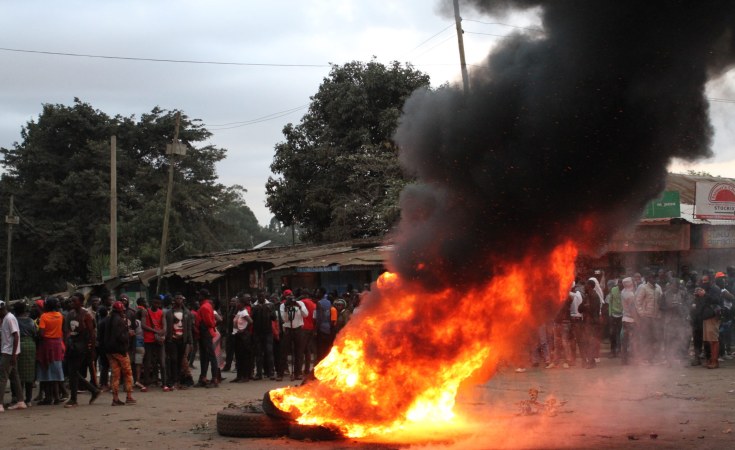 Nairobi — Deputy President William Ruto has attributed his presidential victory to prayers, saying it would have not been possible to surmount the challenges he faced without divine intervention.

Speaking shortly after he was declared President Elect at the Bomas of Kenya on Monday, Ruto said "I was prayed to victory."

Ruto has often declared his Christian faith in public and has not shied away from openly expressing his emotions occasionally telling his opponents he had more to thank God for.

The first time Kenyans saw him cry publicly during a prayer session was after he and his then political ally President Uhuru Kenyatta won the 2013 General Election.

Just recently before Kenyans went to vote on the 9th of August, DP Ruto's photos and a video of him praying and praising during prayers trended on social media after he was seen fighting tears.

"I have been prayed into victory. We were working against the odds, but I must confess it is God," he said.

"I want to thank members of my team starting with my wife and family and many other prayer warriors in Kenya."

Ruto was declared President-Elect after sailing past the '50 per cent plus one' constitutional threshold that requires a winner in a presidential election to garner 50 per cent of votes cast and an additional vote to avoid a runoff.

Odinga, a veteran opposition leader, was making his fifth stab with the backing of the ruling Jubilee Party led by President Uhuru Kenyatta.

IEBC Chairperson Wafula Chebukati, who addressed the nation at 6pm, three hours after an earlier slated time, said Ruto also garnered 25 per cent of votes in twenty-four counties in line with the requirement to secure the threshold in half of the counties.

The declaration of Ruto as President-Elect was made by the Independent Electoral and Boundaries Commission (IEBC) after a nearly 6-day tallying exercise at the National Tallying Center at Bomas of Kenya in Nairobi.

Of the 47 counties, the leader of the Kenya Kwanza Alliance garnered over 25 per cent of the vote in 39 counties.

Chebukati who said he had been intimidated and harassed said two of his commissioners -- Boya Molu and Abdi Guliye -- were injured. He said Hussein Marjan had also sustained injuries form skirmishes at the National Tallying Center.