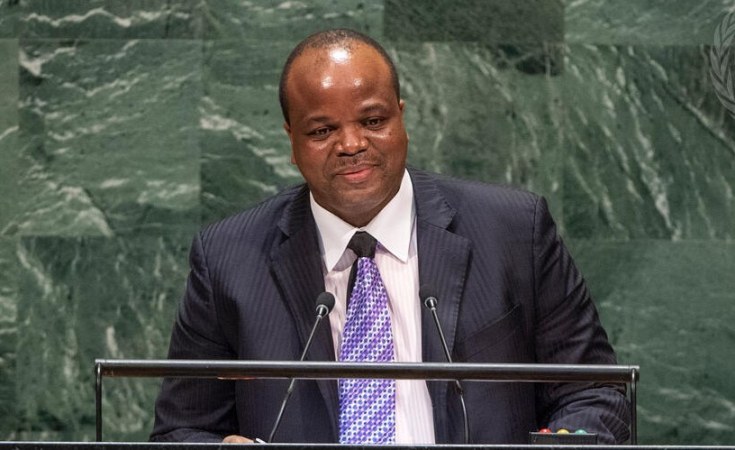 This week's summit should appoint a special envoy to assert SADC's position and revive the national dialogue.

The Eswatini crisis is descending into violent conflict, with the bombing of state institutions and attacks against security forces on the rise. At the same time, brutal repression of protests and apparent abductions of civil society members continue.

Is King Mswati III letting his fear of losing the monarchy get in the way of national peace? His remarks at this year's 5 August Eswatini Police Day show a lack of commitment to true national dialogue. Referring to the increasing attacks on state institutions, he called for 'an eye for an eye.' This position moves the country away from talks.

The government has also expressed its intention to go ahead with elections next year - flying in the face of Southern African Development Community (SADC) efforts to resolve the political crisis before the polls are held.

Regional efforts to contain the situation and get the parties to talk also seem to be waning. The much-anticipated dialogue promised during South African President Cyril Ramaphosa's visit to the country at the end of 2021 hasn't happened. And the Eswatini matter hasn't been raised in recent SADC meetings. A special summit of the Organ on Politics, Defense and Security Cooperation to discuss the Eswatini crisis, slated for 21 July, was cancelled at the last minute.

SADC's 42nd heads of state summit in Kinshasa on 17 and 18 August is expected to prioritise Eswatini. The regional body needs a bold and clear position on the next steps - such as assigning a high-level envoy to the kingdom.

For the pro-democracy movement, there's a sense that the king is being handled with kid gloves while Eswatini sinks into turmoil. His lukewarm response to national dialogue and regional mediation has been seen as arrogant and aloof, but then again, he has more to lose. The prospect of potentially being the world's last absolute monarch, the threat to his wealth and the royal family's future raise the stakes for him.

As violence increases, SADC needs to ramp up its interventions to help solve the political crisis. A recent Institute for Security Studies closed webinar showed that the lack of consensus on the situation, including among political parties and civil society in Eswatini, is a major stumbling block to talks.

Protesters are becoming more militant, and the emergence of the Swaziland International Solidarity Forces further complicates the crisis. The group claimed responsibility for the January bombing that killed a police officer. Political parties also seem to be gravitating towards violence. Calls by the People's United Democratic Movement president in July for the party's ground forces to be vigilant and attack key state institutions added fuel to the fire.

Despite the problems, SADC is best placed to lead the national dialogue process. To do so effectively however, there must be a deliberate change in strategy. First, the regional body must act more boldly and with greater urgency. This means moving away from its collegial approach towards one that gets the king to engage in talks.

Mswati has been given too much space to dictate the pace of a peaceful resolution, to the detriment of the SADC initiative and Eswatini's citizens. The regional bloc should establish a high-level presence in the country rather than continuing with intermittent visits by officials.

This can be achieved using SADC's existing structures, like its Mediation Reference Group and the panel of elders currently led by former Tanzanian president Jakaya Kikwete. These mechanisms have the mandate and capacity to engage with the king. Activating them would also indicate to Mswati that SADC is serious about finding a lasting solution.

One problem with SADC's efforts thus far is that the matter has been elevated to summit level without clarity on how it will be handled. Leaving an issue for a summit's attention can vastly extend the time taken to resolve it. Zimbabwe's political and economic crisis is a good example, with SADC only appointing then South African president Thabo Mbeki to mediate in 2008. Zimbabwe has since been dropped from the regional body's agenda altogether.

To avoid this problem, SADC could designate a special envoy to Eswatini, as it did in the case of Lesotho in 2018. Former South African deputy chief justice Dikgang Moseneke was appointed special envoy by Ramaphosa, SADC's facilitator at the time. He worked tirelessly to support dialogue toward constitutional reforms.

SADC could designate a special envoy to Eswatini, as it did in the case of Lesotho in 2018

In Eswatini, the special envoy would carry the bloc's mandate and be dedicated to working on the crisis. SADC can also place the special envoy in-country to enable real-time monitoring of developments and direct access to stakeholders. While Lesotho isn't out of the woods yet, it has made progress through Moseneke's support.

To strengthen the envoy's position in Eswatini, an advisory team of regional government and civil society experts could be set up. This would be a first for SADC. The team would provide the envoy with a wealth of resources and support mediation by mapping points of entry and leverage to keep opposing sides at the table.

This week's Kinshasa summit is the ideal opportunity to appoint the envoy. On 16 August, before the summit starts, the Organ on Politics, Defense and Security Cooperation will meet. Although Namibia chairs the organ from 18 August, South Africa - with strong links to Eswatini and its closest neighbour - should continue to play a role.

SADC must do everything possible to prevent the Eswatini crisis from escalating into a full-blown violent conflict. In a region already dealing with major challenges linked to inequality and poverty, political strife caused by a lack of democracy in one of its member states must be avoided.