South Africa: Women in Health - How Daphney Conco Dreamed of Wearing a Graduation Gown and Did It 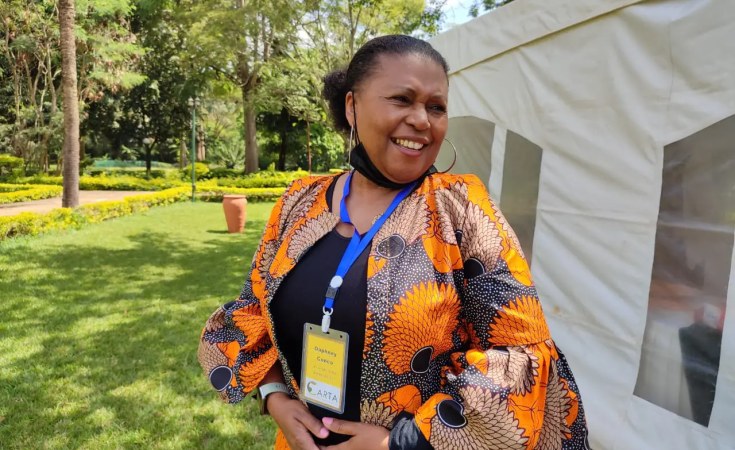 Supplied
Dr Daphne Conco is at the forefront of research on abortion access in South Africa.
spotlight (Cape Town)
By Tiyese Jeranji

"If I were to ask you, where one can get an abortion, would you know? Would you be able to point a person to a facility that provides abortion from the top of your head?" asks Dr Daphney Conco, a senior lecturer at the School of Public Health at the University of the Witwatersrand.

Conco's research focuses on social determinants of health, eradication of extreme poverty and hunger, promoting gender equality and women's empowerment, advocating for sexual and reproductive health, and mapping the epidemiology of abortion access in South Africa.

During an interview with Spotlight, she says most people still don't know. "Access is not where we feel it should be. We still find people saying I have a person who wants to have an abortion, the person is from Limpopo, the person is from Mpumalanga, where must I send them?" Conco says these women are often sent from pillar to post until it is too late.

(Spotlight has published various articles reflecting on abortion rights and access that can be read here.)

"We need evidence of how we are progressing, [of] what is happening," she says. It has been 26 years since the country enacted legislation legalising abortion. "You know the abortion legislature of 1996 - some people think it is all luck that we have it. No, it was through blood, sweat, and tears. [But] though the legislation works on paper, a lot still needs to happen in terms of access to abortion. We are doing the study because we are aware that access is still limited."

Conco says abortion services at clinics are often made out to be a specialised service. "It's not. It's a basic service. With all the advances in medical abortion where people are able to take a pill, it should be improving, but I do not think we are there yet," she says.

Her work often takes her to many places across all provinces, she tells Spotlight. Since they are working on a nationally representative survey, all the surveys were randomly sampled, and they ended up with 61 hospitals collecting data.

"We categorised the hospitals into tertiary, regional, and so forth. Through random sampling we even got hospitals in the deepest parts of the Western Cape where you can travel 45 minutes to an hour to get to," she says.

Conco says she now has all the data and is preparing for the data analysis.

"Hopefully, by the end of the year, the results will be out," she says.

Conco (57) grew up in the rural outskirts of KwaZulu-Natal in an area called Kromhoek in Umzimkulu. She was the eighth of nine children.

"You know, my childhood was a happy one. Our house was full of kids. There was never a time when it was just me and my siblings. Imagine getting a sweet and it had to be broken into so many pieces because we are many and we had to share."

She says her parents had land, so there was a lot of farming, cows, and chickens.

"We farmed most of our food. The only things we bought were candles and soap, but sometimes we will make our own soap. We shared everything. I mean everything - from your toothbrush to your face towel. But come Sunday, everyone had a Sunday outfit for church." That was very special, she says.

Now an academic at a prestigious university at the forefront of new research on abortion access, among others, Conco says she never in her wildest dreams ever imagined that she will be an academic.

"I didn't enjoy school at all. I was the laziest student. I only enjoyed reading novels. I also enjoyed Maths, but I mean with maths, you don't have to study because nobody studies maths," she says. "Come mid-year, I failed."

She says her wake-up call came after failing mid-year exams in grade 10 (then standard 8) and as a result, her father told her to stay home and rather help in the fields. "At that time, that grade was externally examined and after I failed, my father had no confidence in me at all. Working in the fields was hard work and that was motivation enough for me to go back to school and work hard," she says.

"Everyone needs a little bit of stubbornness, but I think I got an extra dose." She chuckles. "When school opened for the new term, I was the first one in the car. That term I worked hard. The marks were not so good, but it was better."

Role models and dreaming of a gown

Her real motivation to study, Conco says, came when the school principal's daughter graduated and went door-to-door in the community in her [graduation] gown, thanking everyone that had helped her through her years at university.

"I remember the principal coming to borrow money from my father. They wanted R300 for university because the daughter had registered at Fort Hare University. It was a lot of money. At that time, it was the price of a cow. So my father gave them the money, and the daughter studied and graduated."

She recalls the day the principal's daughter came by their house.

"I remember we were there in the background. My mother almost cried. We had never seen such a thing, but you watch and you know that this must be very important. And you think - I want to be like this one day. I also want to wear that (gown)."

"I don't think without the principal's daughter I would have known that passing matric and going beyond that is an option."

But that was what Conco did.

JUST IN: Spotlight kicks off its 2022 Women in Health series with new CEO of the @SAHIVSoc Juliet Houghton. READ what she says about her life working in #HIV, her new role, & the Shakespearian origins of her name. @SECTION27news @umunyana_rugege @HealthZAhttps://t.co/VKrU1X0klW

Trained as a nurse

Conco enrolled in nursing and studied from 1984 until 1988 - something she describes as sheer luck.

The University of Zululand was pioneering a basic nursing degree from matric and because this was the first group, there was a lot of investment by the professors.

"Remember, this was a black-owned university, and the professors had done a lot to have this basic nursing degree at this university. It was such an achievement for them and they had gone all in so that it is a success," she says.

"We were always told that nursing is a science and how the university wants to produce nurses who can be scientists, who can be academics.

"It was the most gruelling training I have ever done in my life," she recalls. "We must respect nurses. They go through a lot in their training. It is not fun. I had ulcers and migraines - I completed the degree in 1988 since it took a little longer due to the strikes at that time."

Living her childhood dream, Conco got to wear the gown. "Yes, it was special, but it wasn't that amazing anymore after the struggles of studying. I guess at that time, it was more about making my parents proud. My mother was happy, and I was happy. I completed my studies," she says.

In 1995, she started her MA in Non-Profit and Public Management at Wits. In 2010, she achieved her PhD in Arts and Human Sciences at the London South Bank University.

As part of her basic nursing degree, she had to do a mini-research thesis. Her topic was borne from concern about teenage mothers in labour wards who were often not cooperating with staff.

"Teenagers acted as if they don't understand instructions. They just don't follow. They were not cooperating, and this made it difficult for people in the labour wards. Even the kindest midwives ended up so rough because teenagers just wouldn't do what they were asked to," she says.

Conco says she had to find out what could be the problem.

"I had assumed that it could be not accepting the pregnancy, or them being depressed or being frustrated. So, I went to antenatal clinics, selected young people, and interviewed them. Research has many surprises and to my surprise, I didn't get the responses I was expecting," she says. "They were just being typical teenagers."

Her assumptions were proved wrong.

She says this taught her to be led by the research - her observations and data - and not assumptions. Conco says since then she was hooked. Research fascinated her. "So, that's how my love for research started. It tickles me in the right places," she says, smiling.

*This article is part of Spotlight's Women in Health series that will run throughout August.

Tagged:
Copyright © 2022 spotlight. All rights reserved. Distributed by AllAfrica Global Media (allAfrica.com). To contact the copyright holder directly for corrections — or for permission to republish or make other authorized use of this material, click here.