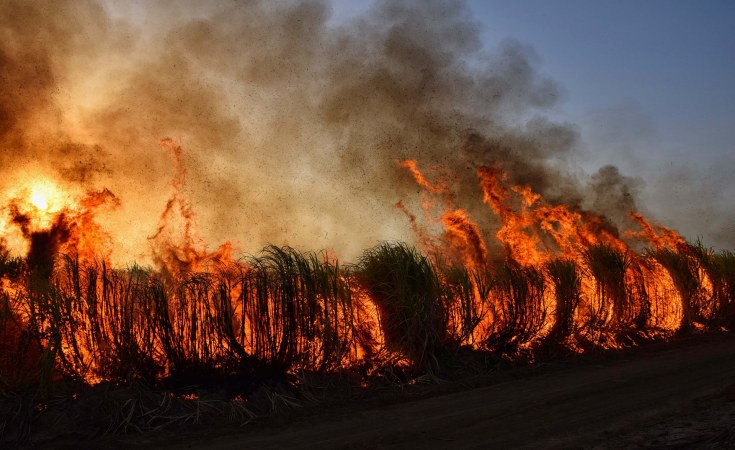 A series of forest fires has left dozens of people dead in Algeria. Most of the casualties occurred in El Tarf, on the border with Tunisia.

At least 30 people were dead following a series of forest fires in Algeria, the country's civil defense service announced on Thursday.

An additional 161 people were injured -- 21 of them critically -- according to the civil defense service.

What have officials said about the blazes?

Algerian Interior Minister Kamel Beldjoud told state television that authorities have registered at least 106 wildfires in numerous provinces in the east since early August. Beldjoud said unknown persons had started some of the blazes.

Prime Minister Ayman Benabderrahamne was in El Tarf Thursday, near the Tunisian border, Algerian media reported. He inspected damage and ordered the mobilization of all state resources to control the blazes.

President Abdelmadjid Tebboune conveyed solidarity with the victims in a message of condolences for the victims of the fires.

What more is known about the fires?

The fires burned approximately 3,200 hectares (7,900 acres) of land, including forests and bushland. Thousands of people in the civil defense and army have been mobilized to deal with the forest fires.

A journalist in El Tarf told AFP that there are "scenes of devastation" en route to El Kala in the far northeastern corner of Algeria. Emergency services continued to battle a blaze on Tonga Lake.

Last year, at least 90 people were killed in wildfires in northern Algeria. Several people were detained in connection with incidents of suspected arson.

Fatal fires are an annual fact of life in Algeria where climate change has churned about a rapid desertification in the north African nation.