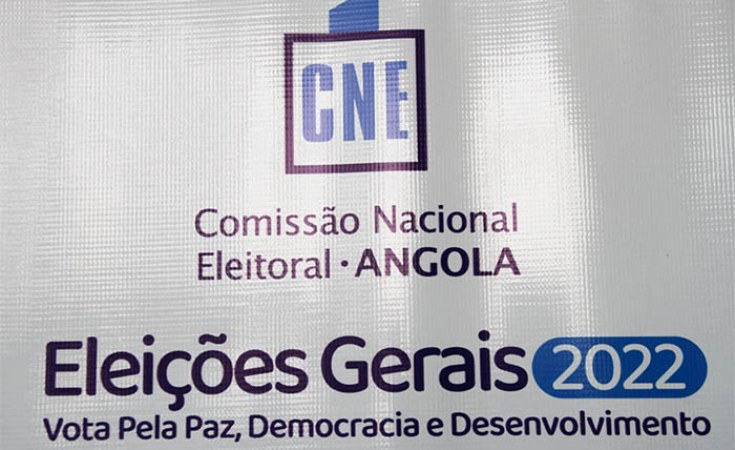 Voters have cast their ballots in one of Angola's most competitive elections yet, pitting the ruling MPLA against the opposition UNITA. Observers say the youth could decide the outcome.

Vote counting is underway after Angolans went to the polls on Wednesday in a tight race in which the main opposition coalition has its best chance of winning in history.

The National Electoral Commission (NEC) registered about 14.3 million voters to participate in the election, and, for the first time, Angolans who live abroad were eligible to cast their ballots from overseas.

The governing People's Movement for the Liberation of Angola (MPLA), a formerly Marxist party that has dominated the oil-rich country since its independence form Portugal in 1975, is facing its most formidable challenge since Angola's first multiparty election in 1992.

According to opinion polls taken before the election, the MPLA, which received 61% of the vote in the 2017 elections, will lose support. On the other hand, the opposition UNITA, which has formed an electoral alliance with two political parties, is expected to make gains.

"I hope that every vote will be properly counted, and that it will remain peaceful and fair," UNITA leader Adalberto Costa Junior, the party"s presidential candidate, told reporters after casting his vote.

The party that wins a simple majority of the 220 seats in Angola's parliament will determine the head of state.

Calls to 'protect the vote'

The opposition had called on voters to stay near the polling stations after casting their ballots to reduce the risk of electoral fraud. However, most people returned home or to work after voting.

The NEC urged people to leave the polling stations after voting.

"The National Electoral Commission calls for voters not to remain in the polling station after exercising their right to vote, and it has legal backing," said Lucas Quilundo, the NEC's spokesperson.

"It is not recommended that, in a general election environment, which we consider a time of celebration, we encourage citizens to adopt conduct that provokes conflict," Quilundo said.

DW correspondent Antonio Cascais in Luanda reported that many supporters had received the opposition leader with great applause outside his polling station.

When President Joao Lourenco, who has led the MPLA since 2017, cast his vote, there was great interest by the national and international press but no euphoria on the part of the people.

"We have exercised our right to vote. It's quick and simple," Lourenco told reporters after casting his vote. "We advise all voting citizens to do the same. In the end, we will all win. It's democracy that wins, it's Angola that wins."

Will the youth decide the winner?

Millions of young people who feel excluded from the country's oil wealth have expressed dissatisfaction with the MPLA.

One of them is 18-year-old Adao. He was one of the first citizens to vote in the capital Luanda.

"We are here to vote, to promote a change in our country. My vote is secret, but I reveal that it goes to Adalberto Costa Junior. He is an excellent candidate, intelligent," the first-time voter told DW.

"He is able to help us after everything we've been through here in Angola,"Adao said. So, basically, we want his help so that we can develop."

But, on the outskirts of Luanda, a voter who asked to remain anonymous told DW that he was supporting the incumbent.

"I prefer to continue with the MPLA because we won't change the country from one day to the next," the voter said. "Let's give one more chance to improve things for the citizens."

A floundering economy, the rising high cost of living, poverty exacerbated by the coronavirus pandemic, drought in the country's south and the death of former President Jose Eduardo dos Santos are some of the issues that dominated the campaigns.

"The first term of Joao Lourenco was so hard," Borges Nhamirre, a policy analyst, told DW. "It was dominated by the COVID pandemic and the devaluation of the Angolan currency.

"Then you have the opposition candidate, who is so charismatic, with new promises of a richer and free Angola. So this is a tight contest with two contenders who have a chance of winning," Nhamirre said, adding that the 2022 election was the opposition's best shot in the past 30 years.

Much of the country's oil money is believed to have gone to the dos Santos family. On August 21, the body of dos Santos was flown in from Spain, where he had died.

Analysts warn that the ruling party's attempts to profit from dos Santos' funeral may backfire -- particularly among young people.

UNITA's gains may not be sufficient to dislodge Lourenco, who is expected to win a second five-year term, albeit with a slimmer margin than in 2017.

"I still attribute the best chances of winning the election to the incumbent," Alex Vines, head of the Africa program at Chatham House, told DW.

The southern African nation of 33 million people is considered a regional power.

"It supports other countries, including Mozambique, where it has deployed its military to fight the insurgency," Nhamirre said. A free and fair election in Angola would also set an example for other countries in the region, Nhamirre added.

The MPLA historically has close ties with Russia, but observers say a UNITA victory could push the country in a different direction, with the opposition party opting for relations with other global superpowers and possibly less-friendly ties with Russia.

The results are expected in a few days, but it could take longer if the losing side contests the outcome as in previous elections.

With additional material from Reuters and AFP