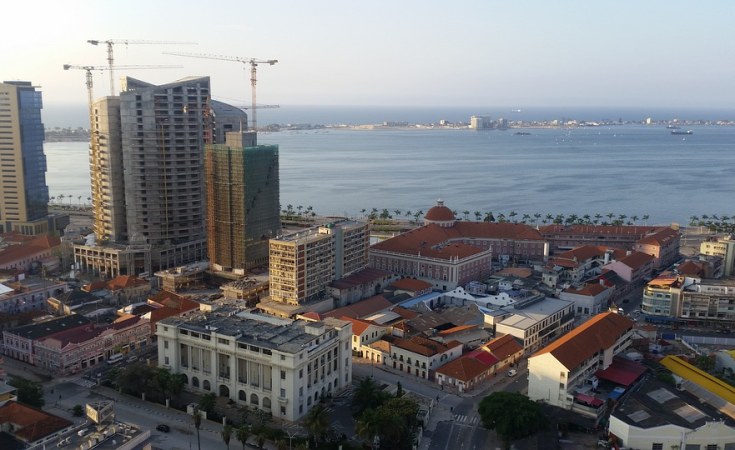 At long last. For the first time in the history of Angola the coming parliament will be more democratic, more balanced and more representative of ordinary people. It means voters now have an opportunity of getting their concerns heard as part of the legislative process. This is a first. A major victory by and for the people, and a big step towards turning Angola into a real democracy in practice and not just on paper.

The 2022 elections will be remembered for the humiliating defeat of President João Lourenço's party in Luanda, the Angolan capital, where a third of the 14 million strong electorate live. It was an unequivocal rejection of his party's government and policies after 47 uninterrupted years of one-party rule by the MPLA.

Late on Thursday, with just over 97% of the votes counted, the National Electoral Commission announced its provisional tally: the MPLA had won with 3,162,801 votes (51.07% of all votes cast) which translates into 124 seats in the national assembly (220 seats), and UNITA had won 2,727,885 votes (44.05%) and 90 seats. That gives the MPLA victory and a second term for President João Lourenço. These figures are not expected to change much.

The 2022 elections will be remembered for the humiliating defeat of President João Lourenço's party in Luanda, the Angolan capital, where a third of the entire electorate live. With 97% of the votes counted, UNITA had received 1, 230,213 votes (62.5% of the votes cast in Luanda) and the MPLA had received only 654,744 (33.31%).

Luanda was considered the MPLA heartland. No longer. The vast majority of residents in and around the Angolan capital said with one voice that they are ready for change. These were the slogans of the main opposition party UNITA, 'a hora é agora' and 'mudança'. The list of works completed over the past five years, enumerated repeatedly by President Lourenço in his campaign rallies, failed to resonate with the most significant group of voters in the land.

Defeat in Luanda is the clearest message to the man likely to be re-elected as President for another five-year term. With 86% of the vote counted, the MPLA had 52.8% of all votes cast to UNITA's 42.9% - reducing the MPLA's majority but keeping them, and Lourenço, in power. But they must realize now that they have been put on notice and that their time is nearly over. The trend is inexorable and they should be looking ahead to 2027, and planning for a period on the opposition benches.

The prospect for President Lourenço now is less pleasant, a 'lame duck' who still has to do his best to deliver for another five years. Will he be remembered as the man who lost power for the MPLA or can he still direct operations in such a way as to improve his legacy? In effect he now has to manage the inevitable transition from MPLA hegemony to a multi-party democracy in which parties alternate in power.

His first act should be to spell out whether he will serve this term as a President for all 35 million Angolans or whether he still has to juggle his role as President with that of party-leader as well. The signs so far are that he wants to retain as much power as possible. His selection of Luisa Damião for MPLA Vice-President and Esperança Costa as Vice-President of the Republic, has been uninspiring. He has extensive powers of patronage. Given the high level of rebuff he has suffered in Luanda, he might find it advisable to focus his energy on structural reforms, to ensure a separation of powers between the government, the Public Administration and Judiciary. He has a duty to leave the country in good order when the time comes for a handover.

It is surely in the MPLA's best interest for the future, that there be a swift handover to a new, younger, charismatic, and dynamic leader, who can drive the party into the 21st century. MPLA is seen as aloof, arrogant, and drunk on power. To overturn that, it has to engage with and listen to the needs of the people it wants to represent. Angola has a plethora of serious problems which demand urgent resolution. He has to deliver education for all, provide employment, deliver essential utilities across the country, and - above all - provide food security to all Angolans.

Can Lourenço de-link party interests from those of the state? Is he capable of acting swiftly to remove the MPLA's provincial and municipal leaders from the public administration? Provincial governors, municipal and town administrators should no longer be simultaneously the local heads of MPLA. If he could do this, it would kickstart the renewal and regeneration of the MPLA as a political force, so that it ceases to see itself as the party-state, i.e., the only party that can rule Angola.

During his first term, President Lourenço had to appoint people he could trust, so that he could dismantle the corrupt network created by his predecessor, the late José Eduardo dos Santos. Going forward, he has the chance to start afresh with the Angolan people, reshuffle his government with fresh new talent and replace the outdated practices which resulted in poor governance.

Meanwhile, in the background, another force has to be reckoned with. Something that no-one has mentioned at all during this and previous election campaigns. That is the state of the diverse forces of defence and security. The sub-human living conditions in most of the Angolan Armed Forces (FAA) barracks, and soldiers´ low pay could become a major issue once the MPLA has lost its grip on power.

Next Story
Tagged:
Copyright © 2022 Maka Angola. All rights reserved. Distributed by AllAfrica Global Media (allAfrica.com). To contact the copyright holder directly for corrections — or for permission to republish or make other authorized use of this material, click here.