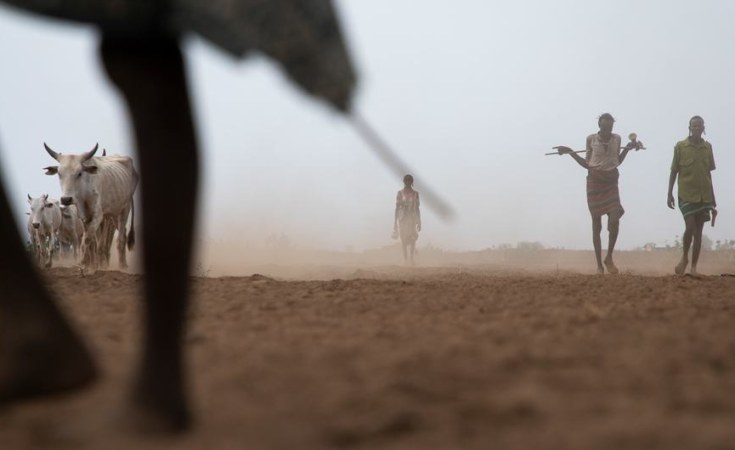 Drought-affected areas in the Southern and Eastern parts of Ethiopia may not get sufficient rain in the coming rainy season, according to a new projection issued by the Intergovernmental Authority on Development (IGAD).

The forecast was released on August 26, 2022 and concluded that the Greater Horn of Africa will likely see drier-than-average conditions in most areas from October to December (OND) 2022.

IGAD projected that Ethiopia, Kenya, and Somalia's drought-stricken regions will not get enough rain until the end of the year. It is a major setback for authorities in Ethiopia that were expecting rainfall conditions to improve this year.

Drought has killed almost 3.5 million cattle in Ethiopia. At least 36.1 million people in the Horn of Africa are presently impacted by the drought, which started in October 2020. This number includes 24.1 million in Ethiopia, 7.8 million in Somalia, and 4.2 million in Kenya.

Guleid Artan, director of IGAD'S Climate Prediction and Applications Centre (ICPAC), says Ethiopia, Kenya, and Somalia are on the brink of an unprecedented humanitarian catastrophe. About 4.6 million children are acutely malnourished in these three countries. Two million of them are in Ethiopia.

"It pains me to be the bearer of bad news, when millions of people in the region have already suffered the longest drought in 40 years. Sadly, our models show with a high degree of confidence that we are entering the fifth consecutive failed rainy season in the Horn of Africa.

Workneh Gebeyehu (PhD), executive secretary of IGAD, echoed the direness of the circumstance.

"Considering this grim climate forecast, conflicts in the region and in Ukraine, and macroeconomic challenges, I solemnly renew our call to national governments, donors, humanitarian, and development actors to adopt a no-regret strategy and help us weather the worst of this crisis," said Workneh.

Due to a combination of macroeconomic problems, below-average harvests, and rising food and fuel prices on global markets, notably as a result of the conflict in Ukraine, food prices are skyrocketing in many drought-affected areas.

According to the World Food Programme's (WFP) price monitoring, in Somalia, the cost of basic foods has risen above both the levels seen during the 2017 drought and the 2011 famine. Between January and June 2022, the price of the local food basket in Ethiopia climbed by more than 33 percent.

Opposite to the drought in the southern part of Ethiopia, the northern part of the country is likely to witness flooding in the coming rainy season.

"At the same time, parts of the country face a risk of flooding in the coming weeks and more than 1.7 million people are likely to be impacted, including more than 400,000 men, women and children at risk of displacement," Dujarric told journalists at the UN Headquarters in New York at a regular press briefing.

Next Story
Tagged:
Copyright © 2022 The Reporter. All rights reserved. Distributed by AllAfrica Global Media (allAfrica.com). To contact the copyright holder directly for corrections — or for permission to republish or make other authorized use of this material, click here.