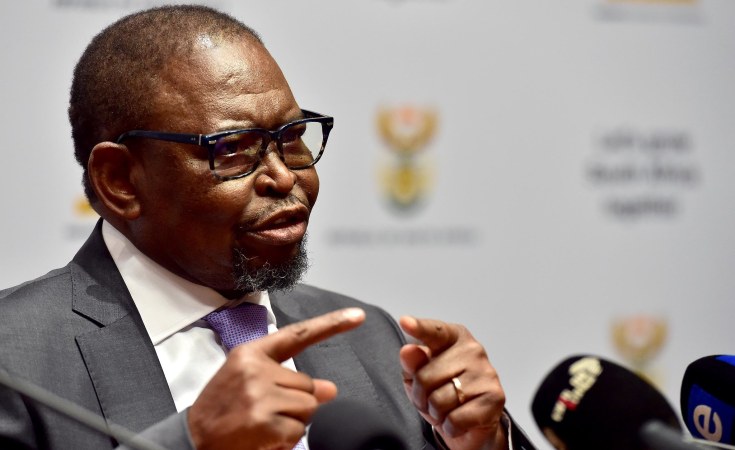 This comes after Cabinet approved the tabling of the Bill in Parliament at its meeting on 17 August 2022.

In a statement, the National Treasury said the approval was a demonstration of government's commitment to the fight against corruption, money laundering and terror financing.

"This signifies a significant step towards addressing the deficiencies identified by the Financial Action Task Force's (FATF's) Mutual Evaluation Report (MER) of South Africa, published by the FATF in October 2021," the Treasury said in a statement.

When enacted into law, it will improve South Africa's adherence to international best practices in combating financial crimes and corruption.

"The Amendment Bill seeks to strengthen the country's Anti-Money Laundering and Combating of the Financing of Terrorism (AML/CFT) laws, and makes significant changes to many relevant laws related to fighting against financial crimes.

"The proposed amendment of five pieces of legislation which are administered by different Ministers seeks to fully satisfy the technical compliance deficiencies (deficiencies relating to the adequacy of laws and legal frameworks related to the 40 FATF Recommendations) that were identified in the Mutual Evaluation Report."

South Africa received a poor ratings assessment in its mutual evaluation, and as a result has been placed in an enhanced follow-up process which involves more frequent reporting to the FATF until the country has addressed all identified deficiencies.

The Treasury said: "South Africa was also placed in a one-year observation period (from October 2021 to October 2022). In terms of the follow-up process, South Africa is required to submit its first follow-up report to the FATF at the end of August 2022, and a second report in October 2022, in preparation for the February 2023 FATF Plenary."

An FATF grey listing was "likely to have the effect of increasing the cost of doing business for South African businesses with foreign trading partners".

Following the publication of the Mutual Evaluation Report, Treasury has been working closely with officials from the Departments of Justice and Constitutional Development, Trade, Industry and Competition, Social Development, the Financial Intelligence Centre, the Companies and Intellectual Property Commission and the South African Revenue Service through an interdepartmental and agency committee on AML/CFT. It is chaired by the Director-General of National Treasury in preparing an action plan to prevent grey listing, including the development of the draft Bill.

"The South African authorities have also secured technical assistance from the World Bank and the European Union, to learn the lessons of other countries on how to strengthen the AML/CFT system to better tackle financial crimes and corruption, and to prevent the country from being grey listed.

"To ensure that the necessary laws are enacted as soon as possible in line with the need to show progress in our report back to the FATF, all amendments across several Acts are incorporated in one omnibus bill.

In parallel, the Protection of Constitutional Democracy against Terrorist and Related Activities Amendment Bill, 2022 (administered by the Minister of Police) is currently before Parliament and is expected to be enacted by November 2022."

The amendment bill seeks to address deficiencies in at least 14 of the 20 recommendations, including an appropriate enhancement of powers and procedures for regulatory authorities. A separate bill, the Protection of Constitutional Democracy against Terrorist and Related Activities Amendment Bill, 2022, deals with two further (and core) recommendations. The outstanding four deficient recommendations will be dealt with via policy processes and mechanisms to be developed by October/November 2022.

The Amendment Bill proposes to amend the following laws:

Treasury said it should be noted that aside from successfully addressing all or most of the 20 technical deficiencies by the end of the year, South Africa will have the harder task of demonstrating the effectiveness of its AML/CFT laws and frameworks.

"This includes demonstrating that the country has credible national risk assessments to deal with money laundering and terror financing, that its supervisory authorities in both the financial sector and in non-financial sectors like the legal profession, gambling sector, estate agents all have appropriate risk-based approaches, and most importantly, that the country's investigative and prosecuting authorities are able to demonstrate speedy investigations, prosecutions and asset forfeitures for financial crimes and corruption," said Treasury.

Parliament will guide on the process for considering the Bill, including the timing for taking public comments, convening hearings, making amendments and the passing of the Bill.