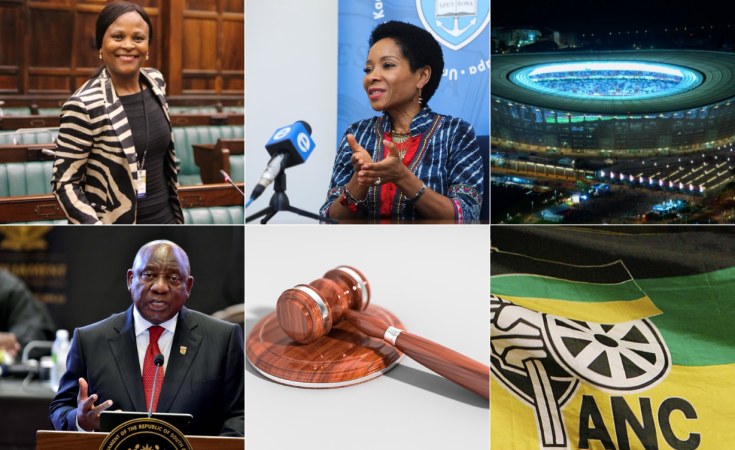 Public Protector Busisiwe Mkhwebane has racked up legal bills of more than R146 million since she came to office in 2016. This figure has been revealed at Mkhwebane's impeachment inquiry, which resumed in parliament today, after a nearly two-week break. Mkhwebane's attorney Dali Mpofu objected to law firms who provided these services from being named, saying they were irrelevant to the charges she was facing. The inquiry has been furnished with a schedule of legal fees from the Public Protector's Office. It includes the cost of over 72 review applications and 27 appeal applications.

Professor Mamokgethi Phakeng has won the Africa Education Medal. The professor took the reins in 2018 and was elected for another term at the University of Cape Town, voted Africa's best university in 2022. Professor Phakeng was chosen the winner from among 10 finalists from across the continent, including former Tanzanian president Jakaya Kikwete. The Africa Education Medal was founded to recognise the work of change-makers who are transforming African education.

Sevens fever has Cape Town in its grip as forty teams from various countries descend for a tournament from September 9 - 11 that promises a mouth-watering display of talent from both the men and women's teams. The event kicks off at Cape Town Stadium at 8:45am on Friday morning when Ireland's men take on Portugal. Ticket prices start at R150 (Friday), R750 (Saturday) and R475 (Sunday) and are available exclusively from Ticketmaster at www.rwcsevens.com. Tickets are still available for all three days.

It's confirmed that President Cyril Ramaphosa will return to Parliament on September 29, 2022 to complete his questions on the Phala Phala farm scandal - the official decision taken by the National Assembly programme committee today. The theft of over U.S.$4 million from cattle sales was not reported to the South African Police Service and questions abound on the legality of a person having foreign currency exceeding R25,000 in their possession. Opposition parties have objected to the date, saying Ramaphosa should return to complete the remaining questions before then.

A Special Tribunal has ruled  that the Special Investigating Unit (SIU) may continue with its case against former health minister Zweli Mkhize and companies that allegedly benefited from an irregular R150 million tender.
The tribunal has dismissed an application by six companies not to be joined in the SIU's court bid to recover and set aside the Department of Health's irregular tender with Digital Vibes, Businesslive reports.

Former African National Congress (ANC) deputy president Kgalema Motlanthe has once again warned his party of losing favour with the electorate, Eye Witness News reports. The former leader, who is currently heading up the ANC's electoral commission, said that December's national conference must address how corrupted the internal contest has become.