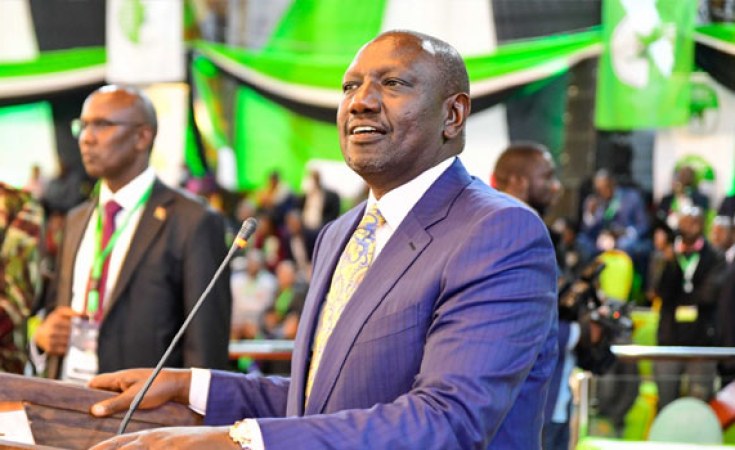 Nairobi — Kenya has rescinded its recognition of the Sahrawi Arab Democratic Republic (SADR).

Sahrawi Republic has been seeking to transition from a semi-autonomous region to self-rule, a push that Morocco has vehemently objected to opposing proposals for Western Sahara to decide its future through a referendum.

President William Ruto made the announcement at State House in Nairobi when he received a congratulatory message from Morocco's King Mohammed VI.

Ruto stated that his administration will initiate steps to wind down the Sahrawi Arab Democratic Republic's presence in the country.

He said his two-day-old administration supports the United Nations framework as the exclusive mechanism to find a lasting solution to the dispute over Western Sahara.

At State House in Nairobi, received congratulatory message from His Majesty King Mohammed VI. Kenya rescinds its recognition of the SADR and initiates steps to wind down the entity's presence in the country. pic.twitter.com/FNe4Ff9XcS-- William Samoei Ruto, PhD (@WilliamsRuto) September 14, 2022

Brahim Ghali, the President of Sahrawi Arab Democratic Republic, a partially recognized State agitating for independence from Morocco, is among the leaders in the country to attend President Ruto's inauguration.

Kenya is among 41 UN member states which recognize Sahrawi and has been at the forefront of championing the de-escalation of the conflict between Sahrawi and Morocco.

During its presidency of the African Union Peace and Security Council (AU PSC) in February, Kenya prioritized discussions on the contested Western Sahara territory with President Uhuru Kenyatta convening high-level talks on February 16.

What Future for Social Assistance Under Ruto?