Africa: Japan Reengaging With Africa in Face of Rising China 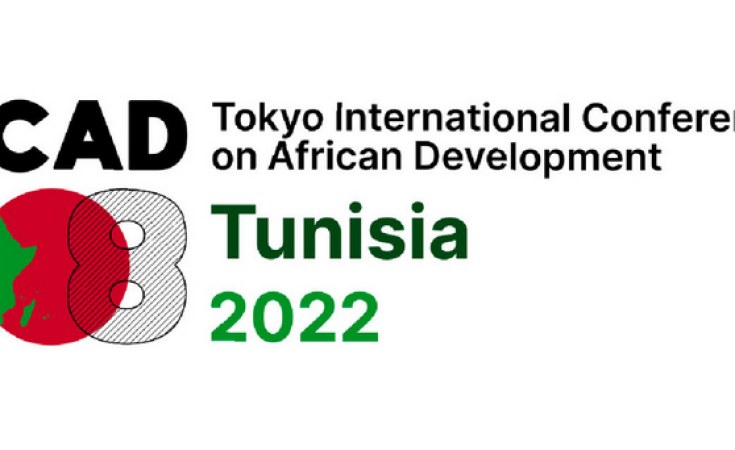 Johannesburg — Japan is the latest country to try to increase engagement with Africa in the face of China's massive influence on the continent and amid perceived threats to the international order.

There has been a flurry of visits to the continent by top officials this year, including Russia's Foreign Minister Sergey Lavrov, U.S. Secretary of State Antony Blinken and European diplomats. The visits from Western leaders have been seen by many analysts as an attempt to counter Beijing's clout, and to some extent, Russian influence.

Last month, Japan also sought to provide African countries with an alternative to Chinese lending and investment, pledging to spend $30 billion on the continent and stressing a focus on training African professionals, food production and green growth.

The pledge was made during the eighth Tokyo International Conference on African Development (TICAD) held in Tunisia.

In his remarks at the event, Japanese Prime Minister Fumio Kishida criticized Moscow and took an apparent swipe at China.

"It is true that a series of contradictions of the global economy, such as inequality and environmental problems, are concentrated in Africa at this moment. In addition, we need to urgently deal with issues such as the food crisis caused by Russian aggression against Ukraine and unfair and opaque development finance," he said.

Paul Nantulya, a research associate at the Washington-based Africa Center for Strategic Affairs who has participated in two TICAD conferences, said the reference to "opaque" development finance was "definitely a rebuke to China," which has been accused of practicing "debt trap diplomacy" -- lending heavily to countries that can't repay in order to gain political leverage.

During TICAD, Japan also announced that some $1 billion would go toward support for African countries' debt restructuring and promised that Japan "aspires to be a 'partner growing together with Africa.'"

While there's increasing consensus among economists that the debt-trap accusations don't stand up, it's still a common criticism leveled by the West and its partners and enrages Beijing. Numerous articles in Chinese state media have slammed Kishida's remarks as a smear campaign and said Japan's investment pledge had "selfish intentions."

State publication Global Times said while China does not have a problem with other countries offering aid to African nations, "what China opposes is the vicious attempt by Western countries, including the U.S. and Japan, to discredit China, asking African countries to be "wary" of China at every turn."

"African countries have their own judgment and do not need the West to teach them what to do," the Global Times quoted Yang Xiyu, researcher at the China Institute of International Studies, as saying.

The amount Japan pledged at TICAD this year was less than China's pledge of $40 billion at last year's Forum on China-Africa Cooperation (FOCAC) in Senegal.

Japan-Africa trade, worth some $24 billion a year, according to the Africa Center for Strategic Studies, is also dwarfed by China's, which amounted to a record $254 billion last year.

"I think lately, Japan definitely has been trying to strengthen its engagements in Africa and obviously ... China is a strategic competitor to Japan," said Nantulya. "There is an element of competition as far as Japan's latest push in Africa is concerned."

"The recent TICAD conference was regarded by Tokyo as an important instrument to regain Japan's presence in Africa in light of China's growing influence in the region. In that sense, Japan's ODA (official development assistance) in Africa has clear political purposes," he told VOA.

However, he said, Japan is "losing an aid competition with China" because with large national debt and a shrinking economy, Japan cannot afford to provide Africa with the amount of money that China can. Japan also cannot provide aid to countries accused of serious corruption and human rights violations, whereas China's loans are no-strings-attached -- and preferred by some African countries.

Philip Olayoku, a Nigerian academic and member of the African Association of Japanese Studies, said he did not think Tokyo was trying to compete with China in Africa because it simply can't and "does not have the kind of clout that it used to have."

Instead, he said, Japan is trying to "consolidate its relationship, keep part of what it has, so that China doesn't displace it."

While FOCAC and TICAD are similar, analysts told VOA there are several key differences, namely that the Chinese model involves the Chinese state cooperating with African ruling parties directly, while the Japanese one is more multilateral, involving civil society, NGOs and international organizations like the United Nations Development Program and the African Development Bank.

"China's aid in Africa tends to concentrate on the fields such as infrastructure and agriculture, but Japan's ODA covers a broader range of development fields, including human development issues," noted Shinichi Takeuchi, director of the African Studies Center at the Tokyo University of Foreign Studies.

Additionally, Japan tries to transfer knowledge and contribute to African self-sufficiency and has a post-war agenda of helping push for peace and democracy, analysts said. However, they noted that Japan also has an economic agenda, including trying to secure markets for its high-end products.

"It wants to promote activities of Japanese businesses in Africa. As Japan is facing a number of socio-economic challenges, including economic stagnation and [an] aging population, the government wants to benefit from economic opportunities in Africa," Takeuchi said.

Tokyo also has political agendas in Africa, analysts said. Japan is pursuing a permanent seat on the U.N. Security Council, and China is its strong rival, Takeuchi pointed out. Additionally, African countries are the biggest voting bloc at the U.N., said Nantulya.

Tokyo is also concerned that African countries could side with China -- as many already did on Ukraine -- and against its interests in areas such as the Western Pacific where the two are in a dispute over the ownership of the Senkaku Islands.

Asked whether Japan's $30 billion commitment to Africa could be seen as an attempt to compete with China, Marie Hidaka, counselor at the Japanese embassy in South Africa, responded, "Nowadays, there are various fora through which many countries engage themselves with Africa, but TICAD, launched by Japan, was the forerunner of such fora for African development."

"The $30 billion as the sum of public and private financial contributions, which Japan announced during the TICAD 8 held in last month in Tunis, focuses on investment in people and quality of growth and aims for a resilient and sustainable Africa while solving various problems faced by the African people," she said.