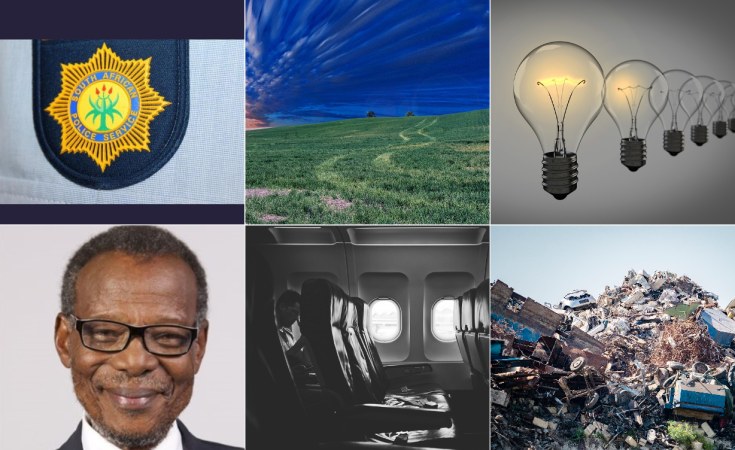 Western Cape authorities are calling for a dedicated unit to help tackle kidnappings. The City of Cape Town said that it was no longer leaving it up to the police alone to try and solve kidnappings. Authorities in the metro say they have been in consultation with an international group that specialises in kidnappings and extortion, Eye Witness News reports. The police ministry and SAPS, yesterday provided an update on kidnapping investigations in the province. Mayoral Committee Member JP Smith said the city is exploring ways to become better equipped to protect our citizens.

Eskom will be extending Stage 4 load shedding until Sunday at 5am due to the breakdown of generating units at the Kriel, Majuba and Tutuka power stations. The power utility had initially said load shedding would run until 10pm on Saturday.

Inkatha Freedom Party members are marching to the City Press offices in Pretoria to protest against an article on former IFP leader Prince Mangosuthu Buthelezi, written by editor, Mondle Makhanya. The holds-barred article said Buthelezi never owned up to his role in the mass killings orchestrated in the KwaZulu-Natal region during and after the apartheid era.

Flying To and From Belgium a Boost for Tourism

Efforts to make South Africa more attractive to international travellers have received yet another boost. Air Belgium has joined a growing list of international airlines offering direct flights to the country. The Brussels-based airline has launched two routes to South Africa. Belgium is is South Africa's sixth largest trading partner and South Africa expects more European tourists to visit its shores with these flights.

Transactions at Scrapyards Under Scrutiny as Cape Town Bleeds From Vandalism, Theft

Cape Town has lost R3.4 million in two previous months to rampant vandalism and theft of metals and cables that are usually sold to scrap dealers. Now, Trade, Industry Minister Ebrahim Patel announced that his department is planning draft legislation to ban the use of cash in the scrap metals trade. Vandals make use of loadshedding time and the middle of the night to remove power connections from individual homes, IOL reports.