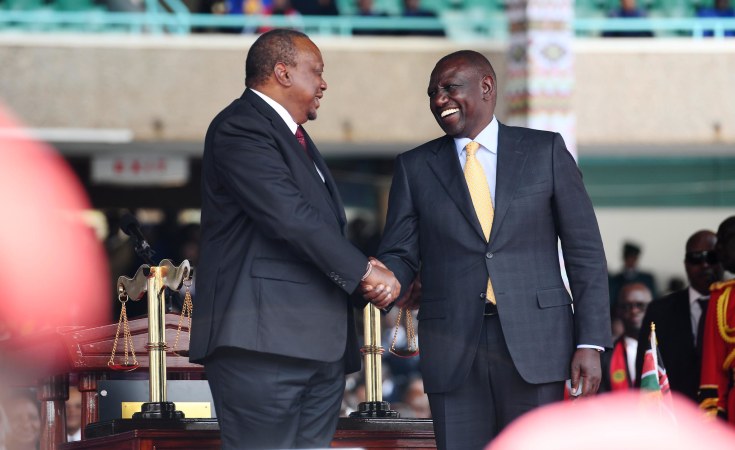 Nairobi — Revelations that President Uhuru Kenyatta's regime spent Sh54.68 billion as he prepared to leave office has raised concerns over the move by National Treasury to overstep their mandate.

In the presentations made by the Parliamentary Budget Office before the MPs, Sh23.1 billion has already been deposited to the various government Ministries and State Departments.

The Ministry of Petroleum and Mining has been allocated an extra Sh16.6 billion for fuel price subsidy, Sh4.5 billion to the State department for Crop Development and Agriculture Research for the maize flour subsidy,State Department for Basic Education Sh8.2 billion towards the Kenya primary and secondary education.

Also National Treasury has disbursed Sh6.1 billion to finance Telkom Kenya,Ministry of Defense was allocated Sh3.5 billion for the construction of a research hospital, Sh3.77 billion was allocated to the Office of the President with no details given on its expenditure.

This raises the credibility issues of the budget as it worsens the pending bills issue that the government has been trying to deal with making the deficit in the budget a moving target.

The National Treasury is expected to prepared supplementary estimates I for the 2022/23 financial year to be regularized by the National Assembly in line with Article 223 of the constitution.

This is as it looks to save its face and substantiate the expenditure after flouting the procedure of the budget making process.

The supplementary budget will be above the Sh3.33 trillion budget that passed by parliament in June this year.

This means that the government will have to borrow more funds which will further increase the debt profile to hit Sh9.4 trillion.

Legislators are looking into put in place legislative proposals to curb the abuse by the National Treasury on budgetary issues.

"The National Treasury is showcasing how it has become opaque on a matter that should have a huge input from Kenyans," said Dagorreti South MP John Kiarie.

Article 223 of the constitution stipulates that the national government may spend money that has not been appropriated by Parliament but the expenditure must however, not exceed 10 percent of the appropriated funds.