Congo-Kinshasa: Ituri - 235 Children Pulled Out of Armed Groups Since Early 2022 With Support From Monusco 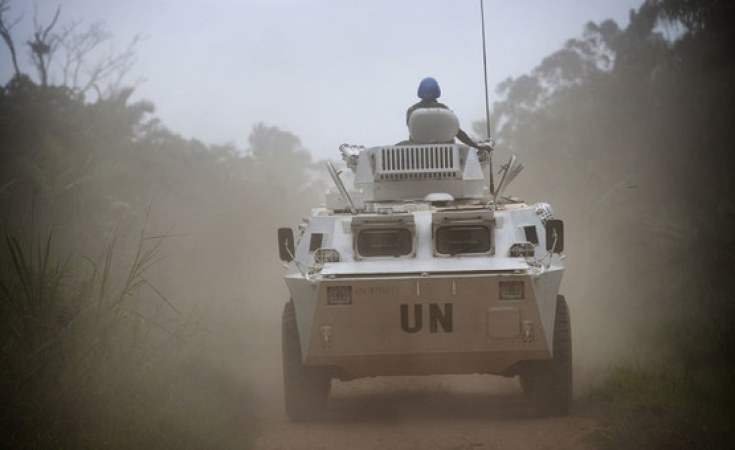 The Mission's Child Protection Section (CPS) in the DRC announced on Tuesday, September 13, 2022, in Bunia, Ituri, it had facilitated the withdrawal of 235 children from armed groups in this province. These children had been detained in the ranks of armed groups since January 2021.

The announcement was made in a two-day workshop on the validation of the operational plan for the Demobilization, Disarmament and Reintegration of children. The plan provides, among other things, for the establishment of listeners' clubs for children, spaces for children's friends or even transitional families to serve as temporary reception centers for the demobilized children.

The workshop - which brought together several partners working in the protection of children's rights, state actors, FARDC, PNC and the United Nations agencies (UNICEF, UNHCR) and CPS MONUSCO - was aimed to involve all these partners in the efforts for the surrender of the children who are still in the bush to enable them to rejoin civilian life and enjoy their rights to education.

NGOs for the defense and protection of children's rights which participated in this workshop urged the government to put more pressure on the armed groups leaders who are favorable to the peace process to have the other detained children released for their reintegration into civilian life.

Reintegrating children into the community

"The place of a child is not in an armed group or in an army, but rather in the family or at school," said Jean Muzama, head of MONUSCO child protection section in Bunia. "Sometimes it is after fighting between the army and militiamen that we recover these children. In other cases, we pick them up at the military prosecutor's office to hand them over to UNICEF, which then takes care of their reunification [with their families]. Our mandate is also to recover children who escape from armed groups on their own. Once we collect them, we carry out screenings, interviews, and other verifications, to make sure they are really children... This work implies discussions with armed groups, with all the risks you can imagine", he explained.

Children recovered by CPS/MONUSCO are handed over to UNICEF for their care, reunification, and reintegration into the community. According to Jean Muzama, there would still be between 30 and 40% of children within the various armed groups active in the Ituri province.

A situation that negatively impacts the communities from which these children are recruited. Some are forced to join these militias as part of the "war effort" imposed on their parents by the armed groups who make them believe they are taking up arms to defend their communities.

Other children just follow their comrades, for lack of occupation and opportunity for social supervision. Still others are recruited for economic reasons: the lure of profit. "The many cattle thefts during militia incursions, looting and other rackets perpetrated by the rebels entice the children who find the way to feed themselves," says an anonymous source.

A consolidated plan adapted to the needs of DDR-children

In almost all the villages in the territories of Djugu, Irumu, Mambasa, Mahagi and Aru, young people and children are forced to join armed groups to swell their numbers. The paradox is that the communities from which these children come become victims of the violence and abuses of their own children used by these same armed groups.

The operational plan for the Demobilization, Disarmament and Reintegration of the children (DDR-children) is intended to be a tool, better still, a guide adapted to the DDR-children's operational framework which takes into account the capacities and opportunities for responding to the demobilization needs of children in Ituri. This is an important tool insofar as it allows actors to work together on two issues, the first of which is related to the community aspect and the second to stabilization.

It also makes it possible to identify the actors and their capacities in terms, for example, of trained agents who can facilitate the exit of children from armed groups, but also of opportunities in terms of psycho-social care structures for the victims of sexual violence (including schools, playgrounds, host families, etc.) present in the different areas to receive and care for children after they have left the armed groups.

Finally, this plan is a consensual guide which precisely traces the cartography of all the actors involved in DDR-children, their role, and the referral circuit in each territory and in the city for the care and socio-economic reintegration of children. Namely the children from armed groups.

MONUSCO, through the Child Protection section, plays an important role in the process of separation and withdrawal of children from armed groups before and during the actual demobilization phase of members of armed groups. It organizes bilateral discussions, sometimes with the armed groups commanders to make them aware of the unconditional release of the children who are within their groups, sometimes with community leaders for the reception and acceptance of these children.

Overall, MONUSCO is working to ensure that there are zero children within the various armed groups by changing their behavior to no longer recruit children into their ranks.

Between nightmares and traumas, a glimmer of hope...

However, not everyone will have the same luck. According to testimonies from their supervisors, many have nightmares at night, others show signs of aggression. Still others are victims of urinary incontinence due to trauma. It is also an opportunity to take a look at the remarkable work done by these social agents and protection actors who, day after day, in the transit and orientation centers (CTO), work alongside these children to sometimes re-teach them simple gestures of everyday life.

Here, these children spend about three months, before being reunited with their families, of course after risk assessment in the community with their parents. Thus, upstream preparatory work is carried out by these social agents (psychologists and other social workers) to assess the protection risks in relation to the presence of armed groups against reprisals from the community itself. Then there is the awareness stage for the acceptance of these children by the community before their social reintegration for a peaceful return and to prevent the stigmatization which would be a new factor in their return to armed groups.

Previous Story
Can Mineral Resources Provide a Pathway to Peace?
Next Story

Can Mineral Resources Provide a Pathway to Peace?

Previous Story
Tagged:
Copyright © 2022 United Nations Stabilization Mission in the DR Congo. All rights reserved. Distributed by AllAfrica Global Media (allAfrica.com). To contact the copyright holder directly for corrections — or for permission to republish or make other authorized use of this material, click here.