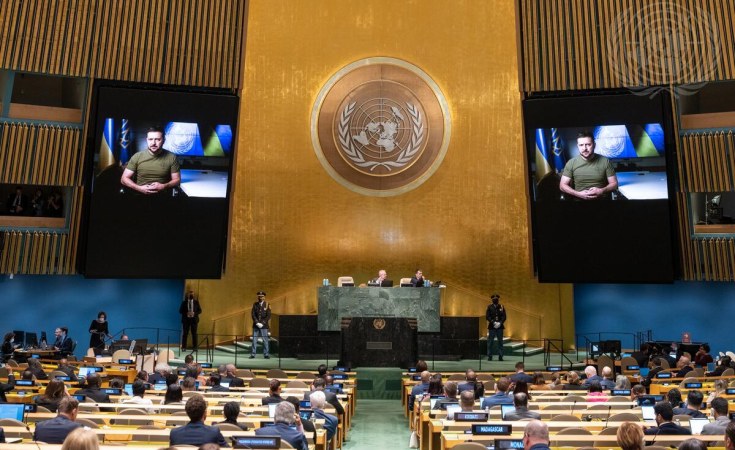 Addis Abeba — Ukraine's Cabinet Ministry announced that Ukraine will reimburse Ethiopia and Somalia for $11.4 million worth of wheat.

In his speech at the General Debate of the 77th session of the UN, President of Ukraine Volodymyr Zelenskyy, stated that despite all the difficulties caused by the war, Ukraine decided to provide humanitarian aid to Ethiopia and will send an additional amount of Ukrainian wheat for Ethiopian people.

On 17 September, Ukraine's infrastructure ministry said a ship carrying 30,000 metric tons of grain departed for Ethiopia from Odesa Oblast via the UN-backed grain corridor. "The vessel is headed for Ethiopia. According to UN estimates, Ethiopia is on the verge of a food crisis," the ministry said in a statement.

In mid-August, "The Brave Commander" freight ship departed from the Ukrainian port of Yuzhne, east of Odesa, carrying 23,000 metric tons of grain to Ethiopia, which has already arrived in Ethiopia. "Brave Commander" is the first freight ship chartered by the UN to unblock food shipments stuck in Ukraine ports after Russia's invasion.

Oral Statement to the International Commission of Human Rights Experts