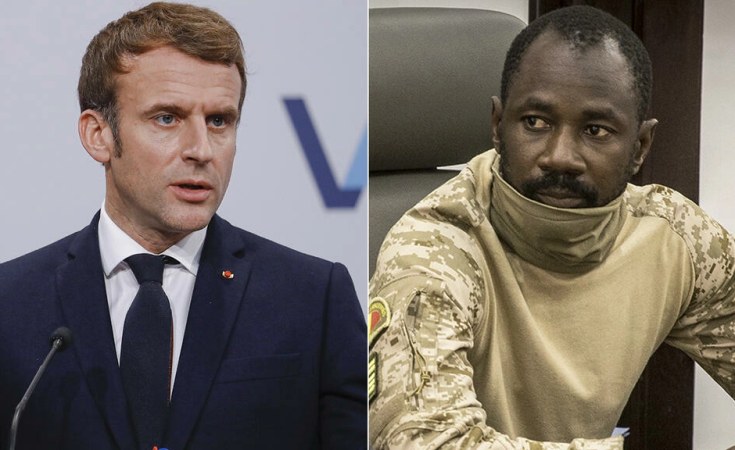 Authorities in Mali are moving along the path to political transition and institutional reform while combating terrorism and other insecurity, Acting Prime Minister Abdoulaye Maïga said in his speech to the UN General Assembly on Saturday.

The process to restore civilian rule in the wake of the August 2020 military coup in the West African country will conclude in March 2024, when power will be transferred to elected authorities.

"I'm pleased to underline that some significant progress has already been made," he said, referring to the passing of the electoral law, the establishment of an election management authority and the creation of commission to draw up a new Constitution.

Turning to insecurity, Mr. Maïga said Mali is the only country in the world that is simultaneously confronting terrorism, intercommunal conflicts, cross-border organized crime, and violent acts by isolated individuals.

"Alongside our return to constitutional order, Mali is continuing to fight tirelessly against this insecurity and particularly against extremist groups who are responsible for all kinds of abuse against our peaceful people," he reported.

Mr. Maïga said terrorist groups "have been seriously weakened", though added "these criminal groups can still cause harm to a certain extent in their desperate attempts to deal a blow to our territorial integrity and to terrorize our people."

The Government has stepped up efforts to recruit, train, equip and bolster the national security forces.

A "global integrated strategy" that includes provision of social services has been devised, while another stabilization strategy for the volatile central region was also recently approved.

He also provided an update on the peace deal to end unrest that had erupted in the north a decade ago, signed by the Government and two coalitions of armed groups in 2015.

Following recent meetings, there was a "strong signal" that the parties want to commit to a dynamic new process to achieve its implementation, he reported.

He said the Mission's objectives have not been achieved after nearly 10 years in the country, and despite numerous Security Council resolutions.

"This is why the Government of Mali reiterates its demand, expressed on numerous occasions, for a paradigm shift and an adaptation of MINUSMA to the environment in which it is deployed, and a better interlinking between this mission and the Malian authorities," he said.

The interim Prime Minister also criticized France for withdrawing its anti-terrorism force Barkhane from Mali last year, stating "my country was stabbed in the back".

He also accused the "French junta" of violating Malian airspace "by sending aircraft such as drones, military helicopters and fighter planes over 50 times, bringing information, weapons and ammunition to terrorist groups."

At the outset of his speech, Mr. Maïga blasted international response to the arrest of 49 soldiers from neighbouring Côte d'Ivoire who entered Mali in July.

The troops were part of logistical support operations at MINUSMA, according to the Ivoirian authorities.

Mali said the soldiers had arrived there without permission and are considered mercenaries. Three have since been released.

"Clearly the judicial nature of the infringements around this affair do not fall under the competences of the Secretary-General of the United Nations," he said.

He also spoke out against statements made by the head of the West African bloc ECOWAS, President Umaro Sissoco Embalo of Guinea-Bissau, and the President of Niger, Mohamed Bazoum.

"We ask those who are refuting our version to ask if they would accept the military troops having hidden their identities by saying on their passports that they were painters or builders, would arrive with weapons in their airport without the country of destination having been informed in advance, with the idea of destabilizing the country," he said.

Previous Story
Wagner Is Being Used in Africa As a Proxy to Target Civilians
Next Story
High-Level Panel On Security, Development in Sahel Launched