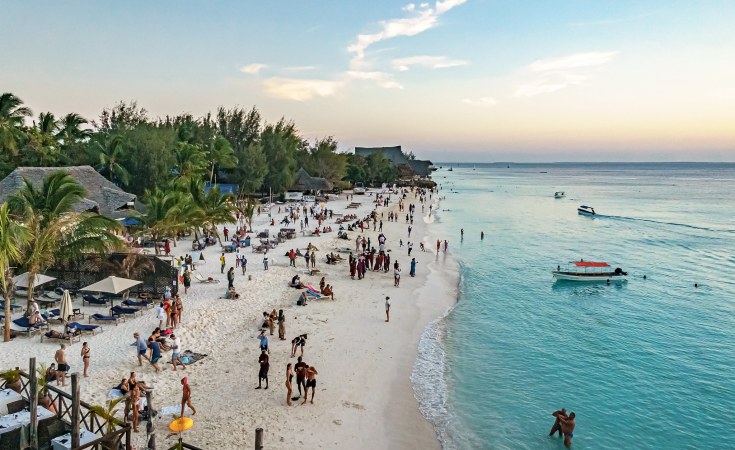 Countries in the East African Community (EAC) should liberalise their airspaces and open up skies to promote the tourism industry in the region.

Fred Odek, the Chairperson of the East African Tourism Platform (EATF), said the existing restrictive pacts, such as the Bilateral Air Service Agreements (BASAs), were disrupting the harmonisation of air transport services.

Odek called upon the partner states to complete the EAC regulations to facilitate the liberalisation of air travel in the region.

He spoke during the official opening of the 2nd EAC Tourism Expo in Bujumbura, Burundi.

"The Partner States should also grant rights to each other the 1st, 2nd, 3rd, 4th and 5th freedoms in line with the Yamoussoukro Decision of which all Partner States are signatories," he said.

He added that by working together, Partner States could ease mobility to benefit travel in the region.

Odek further said that airfares in the East African region remain extremely high because of the lack of open skies and heavy taxes levied by Partner States' governments.

The EATF Chairperson hailed the East African Single Tourist Visa and the use of national IDs as travel documents across the region as some of the best policies that had been formulated by the EAC.

The expert further described the tourism sector as one of the leading sources of foreign exchange earnings for the region. He added that based on GDP losses by region, EAC tourism was the second most affected region globally by the pandemic after Central America.

"Nonetheless, this sector is resilient and one of the most important to get our economies back on a growth path," he said.

"In 2022, we are experiencing a recovery as the COVID-19 pandemic has been contained in most of our key source markets, and international travellers are now fully confident in travelling. However, arrivals and revenues are still less than 2019 levels," Odek added.

He said that the hospitality sector had also suffered but was steadily recovering with COVID-19 health regulations having been eased and most Partner States now allowing tourists to enter without the COVID-19 test requirements.

The EATC official said that the Ukraine conflict had negatively impacted tourist arrivals in East Africa, especially for destinations like Zanzibar, where Russia and Ukraine were the key source markets.

He said that the war in Ukraine has also affected air travel costs in the region because of the increasing fuel and other commodities costs.

Burundian Vice President Prosper Bazombanza officially opened the expo that is expected to run up to 30th September 2022, with the last three days dedicated to an excursion across the country for tour operators and exhibitors taking part in the expo.

In a related story, Kenya's hospitality sector has continued to show resilience in its performance, development, and expansion activities.

A recent report by Cytonn Investments noted that the increased international tourist arrivals had mainly boosted the performance of the country, conferences, leisure, and sports activities following the country's reopening in 2021.

In the report, Cytonn noted the overall number of operating hotels and hotel bed occupancies in Kenya has also been increasing.

The report noted that the improvement is a sign of the hospitality sector's recovery and the resumption of activities after being one of the worst-hit economic sectors with the onset of the pandemic.

"We expect the hospitality sector's performance to continue being resilient, fuelled by factors such as aggressive marketing of the tourism sector, conferences, and events boosting hotel and service apartments' occupancies, and the safari rally expected to be hosted in Kenya annually until 2026," the report noted.