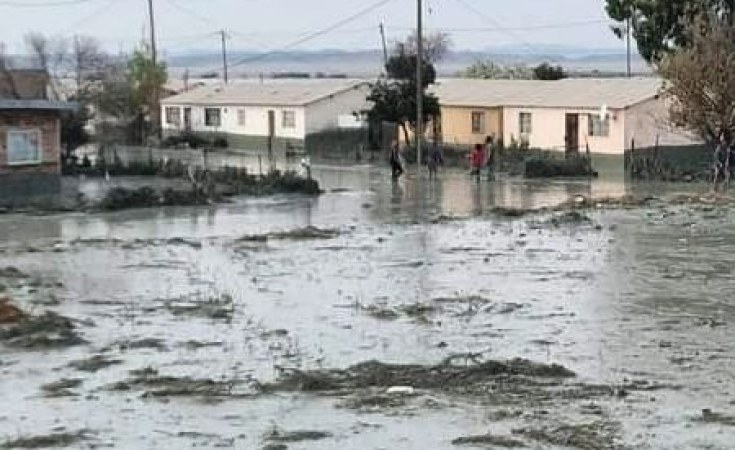 Gift of the Givers
Floods in Jagersfontein, Free State
allAfrica.com
By Esther Rose

Cape Town — Residents in the Free State's mining town of Jagersfontein were left scrambling on September 27, following what they thought was another dam wall collapse, which was initially blamed on heavy rains in the area.

However, the Free State Environmental Affairs Department's Dr Mbulelo Nokwequ has said that based on assessments, there wasn't another dam wall collapse at Jagersfontein. He said residents are seeing water coming from a reservoir due to drainage from the recent rainfall, Eye Witness News reports.

The town is still reeling from the death and destruction caused on September 11, when the mine's dam wall collapsed, leaving the town covered in mud. One person was killed and several homes were washed away in the disaster and other infrastructure damage was caused.

Xolani Tseletsele, the Koponong mayor, said he is still awaiting the assessments of the damage done on September 11, IOL reports. On the latest incident he said: "The water was running behind the community and not in the community. For now, there is no major impact or damage to already-destroyed infrastructure. We are meeting with mining bosses to get a proper explanation looking at how these incidents can be prevented in future," he said.  .

Burst Mining Dam - What Must Be Done to Prevent Another Disaster