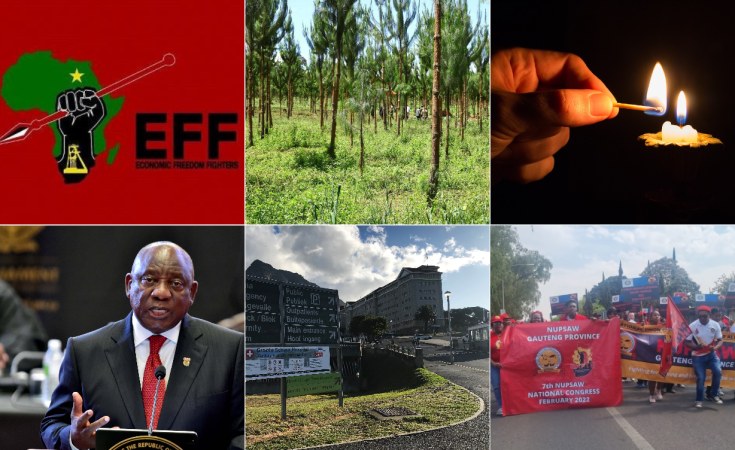 Economic Freedom Fighters leader Julius Malema and the party's MP Mbuyiseni Ndlozi have been found not guilty of common assault in the Randburg Magistrate's Court today.  The pair were caught on video in an altercation with Lieutenant-Colonel Johannes Venter in April 2018 at the Fourways Cemetery during the funeral of Winnie Madikizela-Mandela, Eye Witness News reports. Magistrate Lieland Poonsamy found that  while Malema and Ndlozi's actions seemed unlawful at first glance, the defence of justification was upheld. "The court finds that they the accused's version is reasonably possibly true", he said.

The National Assembly of South Africa passed the controversial Expropriation Bill on September 28, 2022 - taking it one step closer to becoming enacted into law.  The Bill is a review of the Expropriation Act 63 of 1975 emanating from a Cabinet approval September 15, 2004.

Public Enterprises Minister Pravin Gordhan has told the National Assembly that load shedding can be expected to continue for the next nine to twelve months, IOL reports. The minister was responding to a question yesterday on whether Eskom's proposed 32% increase in tariffs for 2023 would ensure there were no more load shedding or bailouts for the power utility. The government wanted to limit the stages of load shedding as much as possible, the minister added.

President Cyril Ramaphosa is back answering questions from MPs on the burglary at his Phala Phala farm. The president's last question-and-answer session a month ago was aborted by the Speaker when opposition parties rejected the manner in which he answered the question. Ramaphosa is however first facing six other questions, on matters ranging from policing, the energy crisis and the state capture report, Eye Witness News reports.

The Hospital Association of South Africa (HASA) has welcomed Health Minister Joe Phaahla's stance on hospitals and its possible exemption from load shedding, which is currently crippling the country.  HASA said it urged Phaahla for load shedding relief at acute care hospitals at "the very least".

South African public servants are preparing to reject a government wage offer, raising the prospect of the first major strike by state workers in more than a decade. The unions, which form part of the South African Federation of Trade Unions (Saftu), picketed outside the Public Service Co-ordinating Bargaining Council (PSCBC) on September 20, protesting the offer of a 3% increase. Workers are demanding an 8% hike, BusinessTech reports.