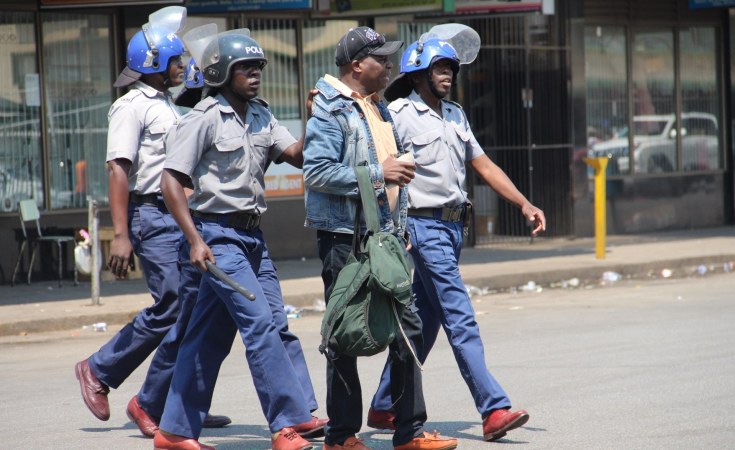 Latest research by a local think tank has revealed that the country has seen an exponential rise in cases of organised violence and torture (OVT) since the 2017 coup which toppled long time ruler Robert Mugabe from power.

The project, which was carried out by the Research and Advocacy Unit (RAU), probed cases of OVT as a follow up to the Zimbabwe Human Rights NGO Forum 2019 report, which concluded that human rights violations in the country had worsened since 2013, and after infamous coup that ushered incumbent President Emmerson Mnangagwa.

"Firstly, both sources of data show that human rights violations, including OVT, have not been eradicated since the coup in 2017, despite all the public assurances by the government.

"Secondly, there are small trends in both data sources pointing to increasing violations, and not explained by the enforcement of Covid 19 regulations," noted the research report which was launched in Harare Friday.

The report also noted that most human rights violations were rampant in the capital city, while police were cited as the chief violators.

"Both sources (reports) show Harare as the area with most occurrence of violations. In the past, Harare has generally reported higher rates of violations than other towns.

"Additionally, the numbers of fatalities are low, but not trivial when compared with previous years.

"Furthermore, with the removal of Robert Mugabe and the coming into power of the (Emmerson) Mnangagwa administration, and the 'New Dispensation', there has been no change in terms of the observation of human rights," said the report.

The researchers said they derived their data from several sources, predominantly information on the Armed Conflict Local Event Database (ACLED) and the findings from the reports of the Zimbabwe Peace Project (ZPP).

"Much of this evidence suggests a populace becoming more fractious as socio economic hardship rises.

The document also further noted that following the advent of the Nelson Chamisa led Citizens' Coalition for Change (CCC), the MDC-T was no longer hounded as has been the case previously.

"However, it can be pointed out that the usual clashes between political parties, and particularly actions against opposition political parties have also been very low, mainly because of the internal conflicts in the MDC factions.

"This conflict posed the likelihood that the opposition was now so fragmented as to no longer pose any recognisable threat to Zanu PF, but it should be noted here that this is no longer the case, and there are repeated instances of harassment and violence against the Citizens Coalition for Change (CCC)," said the report.

RAU is an independent non-governmental organisation, which was set up in 2006 to conduct research on human rights and governance issues.