Mozambique: Five Years of Violence in Northern Mozambique has Forced Nearly a Million to Flee 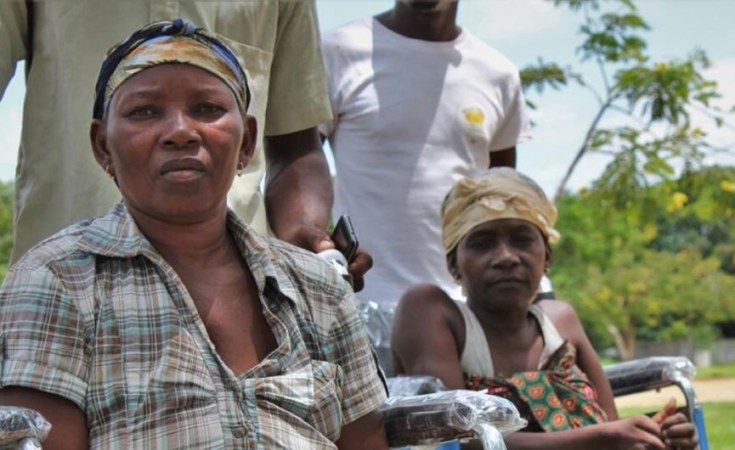 Nearly one million people have fled extreme violence perpetrated by non-State armed groups in northern Mozambique over the past five years, the UN refugee agency UNHCR reported on Tuesday.

As the conflict in Cabo Delgado province has not subsided, UNHCR is appealing for both an end to the bloodshed and greater international support for the displaced and local communities hosting them.

The situation has had a devastating impact on the population, Spokesperson Matthew Saltmarsh told journalists in Geneva.

“People have witnessed their loved ones being killed, beheaded, and raped, and their houses and other infrastructure burned to the ground,” he said.

“Men and boys have also been forcibly enrolled in armed groups. Livelihoods have been lost, and education stalled while access to necessities such as food and healthcare has been hampered. Many people have been re-traumatized after being forced to move multiple times to save their lives.”

Meanwhile, the humanitarian situation has continued to deteriorate, with displacement figures increasing by 20 per cent, to over 946,000 in the first half of this year.

The violence has now spilled into the neighbouring province of Nampula, where four attacks were reported in September affecting at least 47,000 people and displacing 12,000.

“People displaced during those latest attacks told UNHCR that they are scared and hungry. They lack medicine and are living in crowded conditions – with four to five families sharing one house,” said Mr. Saltmarsh.

“Some sleep under open skies. Lack of privacy and exposure to cold at night and the elements during the day, create additional safety and health concerns, particularly for women and children.”

UNHCR has been responding to the needs of displaced populations in Cabo Delgado, Nampula and Niassa provinces, through humanitarian assistance and protection support.

The agency requires $36.7 million to deliver life-saving protection services and assistance in Mozambique but has so far received around 60 per cent of the funding.

Despite ongoing displacement in Cabo Delgado, some people have returned to their homes in areas they perceive as safe, said Mr. Saltmarsh.

Last month, UNHCR and partners conducted the first protection assessment mission to Palma, a town in the far north-east which saw deadly attacks in March 2021. Most of the 70,000 residents were displaced and the majority have returned in recent weeks.

“People who have lost everything are returning to areas where services and humanitarian assistance are largely unavailable. UNHCR is concerned about the risks people face should they continue to return to their areas of origin before conditions are stabilized,” said Mr. Saltmarsh.

While UNHCR is in favour of returns when they are voluntary, safe, informed and dignified, current security conditions in Cabo Delgado are too volatile for people to go back to the province.

“However, growing protection needs and limited services for those who have chosen to return home must still be urgently addressed by relevant stakeholders, including authorities and humanitarian actors,” he said.

In the interim, UNHCR is working closely with the Mozambican government and other partners to support and advocate for the inclusion of all displaced populations in national services.

Previous Story
In Cabo Delgado, Rwandan Medics Are Overwhelmed but Not Intimidated
Next Story
Mozambique's People Should Come Before Resources

In Cabo Delgado, Rwandan Medics Are Overwhelmed but Not Intimidated

Mozambique's People Should Come Before Resources