Africa: For the First Time Ever, All World Cup-Bound African Teams Will Be Led By African Coaches 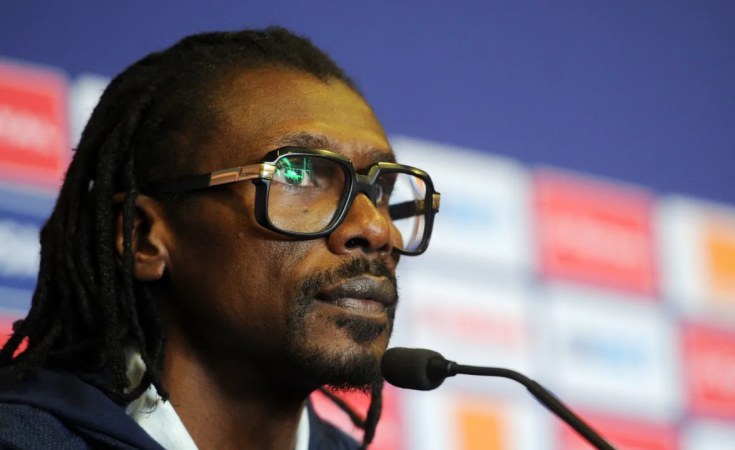 @CAF_Online
Aliou Cissé.
This is Africa (Hilversum)
By Enock Muchinjo

As African football coaches continue to break new ground, the forthcoming World Cup in Qatar serves as a critical stepping stone. This is why.

Decide what to call Vahid Halilhodžić, between unlucky and controversial, or, as he reckons himself to be, "cursed." The man from Bosnia has tasted a fair share of success in his football coaching career, guiding four different nations to World Cup qualification in a space of 14 years. But Halilhodžić has only actually been to one of those tournaments, with Algeria, who he led to the round of 16 in Brazil in 2014, the North Africans' best finish in the World Cup. On the other three occasions - with Ivory Coast, Japan and Morocco - Halilhodžić was fired just before the World Cup after clashing with the national federations and players. Morocco, the latest country to show Halilhodžić the exit, dismissed the 69-year-old three months before the World Cup kicks off in November in Qatar.

The Moroccan federation cited "divergent visions" for terminating his contract, the final straw being Halilhodžić's dramatic fall out with top players, including Chelsea star Hakim Ziyech who briefly quit international football in protest before agreeing to reverse the decision following the Bosnian's sacking. Local Moroccan coach Walid Regragui will now be taking the Atlas Lions to the World Cup.

Halilhodzic's unique misfortune, though, has ushered in a milestone for African football. The five African teams headed for Qatar - Senegal, Tunisia, Ghana, Cameroon and Morocco - will all be under the tutelage of African coaches, all home-grown. This is a first in World Cup history, and a challenge for the five men to make a statement not only for themselves, but for African coaches in general.

The target is to surpass previous standards, set by coaches from outside the continent, as globally renowned sportswriter David Legge tells This Is Africa.

"First, it should be noted that the best three African performances - Cameroon, Senegal and Ghana reaching the World quarter-finals - were achieved using European coaches," says Legge.

"That said, it is great that all five Qatar-bound African countries will have local coaches."

Senegal, Aliou Cisse: Tunisia, Jalel Kadri: Ghana, Otto Addo: Cameroon, Rigobert Song: Morocco, Walid Regragui. These are the local coaches that will be in charge of their respective countries at the World Cup in Western Asia.

"The likes of Aliou Cisse and (successful South African coach) Pitso Mosimane have raised the profile of African coaches and they are taken far more seriously now than in the past," Legge says.

"I am, however, saddened at the sacking of Vahid Halilhodzic by Morocco as he now has the unwanted record of guiding three countries to the finals, then being kicked out on each occasion before the tournament."

"Walid Regragui led Wydad Casablanca to the 2022 CAF Champions League and Moroccan Botola 1 titles and is a worthy successor to Halilhodžić," remarks Legge.

"Rigobert Song achieved the seemingly impossible, winning in Algeria with Cameroon (in the World Cup qualifiers), so good luck to him .Otto Addo with Ghana; they were given no chance against Nigeria (in the qualifiers), a view endorsed after being held at home in the first leg. To draw in Abuja was a fantastic achievement. Cisse has steadily built Senegal into a powerhouse and the general view is that the Teranga Lions are probably the best hope of African success, although they underestimate hosts Qatar (in the next pool match) at their peril. It is difficult to judge Tunisia coach Jalel Kadri as he has had only two matches in charge - winning away and drawing at home against Mali in the play-offs. Tunisia have consistently performed poorly, two wins in 15 matches, at the World Cup, so he faces a major challenge."

"This is a really positive situation for African football, it is high time that Africa did invest in African coaches, rather than bring in foreign coaches who usually are paid much more than their local counterparts," Vickers tells TIA.

"Aliou Cisse, I think has led the way with his great achievements with Senegal, so he has done a lot of work for this cause of African coaches getting a better chance. For Morocco, very interesting, this coming from the government's investment and they decided to take a risk and they fired Vahid Halilhodzic with not very long to go before the World Cup. And with Regragui being so young, it's a risk that they have taken there, and a show of confidence in some regards. But I think that was a surprise move, I would have to say, although Halilhodžić wasn't getting along with Hakim Ziyech and others as well. For Cameroon, I think they have taken too much of a risk there with Rigobert Song. I'm not convinced that he has the necessary experience for the World Cup and nonetheless he has delivered for them so far. So it's a really positive situation so far, and hoping that in these five African coaches we will see some level of progress at the World Cup in terms of getting out of the group stages after all five teams didn't make it the last time (in 2018 in Russia)."

Definitely something to look forward to in Africa, as the World Cup draws to a close.

Tagged:
Copyright © 2022 This is Africa. All rights reserved. Distributed by AllAfrica Global Media (allAfrica.com). To contact the copyright holder directly for corrections — or for permission to republish or make other authorized use of this material, click here.