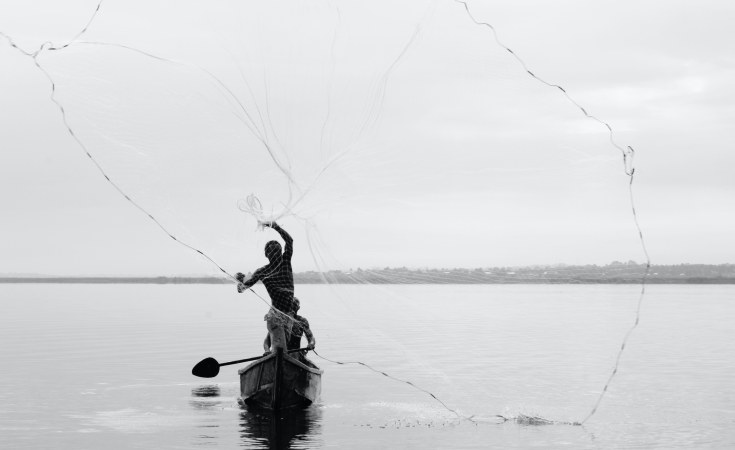 Lake Victoria is the largest freshwater lake in Africa and the largest inland fishery in the world.

According to a 2016 World Bank report, the lake supports the livelihood of a dense rural population of over 40 million people, with nearly 50 per cent of them living on less than US$1.25 per day.

The lake and its resources fuel the economies of Kenya, Tanzania and Uganda, providing hydropower for Uganda, Burundi and Rwanda and water supply for major African urban centres like Kampala, Kigali, Mwanza and Kisumu.

According to an article by The East African, officials at Eskom say the steady rise in water levels led to an increase in the headwater levels at Nalubaale and Kiira power stations, which in turn influenced the hydraulic pressures and seepage lines at the dams.

The government said that since October 2019, some 200,000 people from the lakeside communities have been displaced or left homeless after their homes were submerged.

Further, the increased water level caused dislodgement of papyrus mats resulting in a huge mass of floating islands, which are dangerous to hydropower infrastructure.

To curtail these effects, the East African governments could construct alternative dams to deal with the overflow.

Tourists are drawn to iconic parks like Serengeti and volcanoes situated in the mountains, forests and savannas of the Basin.

Cruise tourism is a luxurious form of travelling on voyage, offering one or more glamorous ports of call. This form of tourism involves an all-inclusive holiday of at least 48 hours with a specific itinerary.

It is seen as a potential growth enabler for the tourism industry as a whole. This is because it encompasses a wide range of activities, facilities and amenities, making water travel much more comfortable and enjoyable.

Cruise tourism is also considered the greatest exponent of mass tourism and a tourism sector that has been rapidly growing in the recent past.

The government and other interest groups should play a part of influencing legislative processes on the issues of sustainability since cruise tourism, if not regulated, has negative impacts. This is because, according to an article by Ms Kimeto, a tourism lecturer at University of Kabianga published by The Standard, cruise tourism requires complex infrastructure, regulations and logistics.

Lake Victoria's fisheries support more than 3 million livelihoods and bring in US$500 million in revenues annually.

Nile Perch is the main fish caught in Lake Victoria. Fish maw - the air sack that aids the Nile Perch in floating and a Chinese delicacy - has been a major export source. Statistics from the Uganda Ministry of Agriculture indicate an increase in fish maw exports earning from US$27m in 2015 to US$31m in 2016, US$48m in 2017 and US$52m in 2018. These earnings exclude the earnings from Nile Perch and its eggs.

However, the lake has been invaded by water hyacinth - the floating, green mats of waxy leaves with purple blossoms - depriving the waters below of oxygen, making it hard for aquatic life to survive.

That, plus overfishing which occurs when fishermen use undersized nets that catch fish before they reach maturity, rapid population growth, and pollution by wastewater, agro-pesticides and fertilisers threaten the future of fishing in Lake Victoria.

The agro-pesticides and fertilisers get into the lake from the farming activity where farmers use large qualities of the pollutants upstream to increase yields of products such as coffee and tea.

Chemicals entering the lake have a negative impact on the ecosystem and fish stocks and make it "less and less viable" to make a living from fishing. Because of this, cash-strapped families have started to allow young women to migrate to the energy-rich Gulf region, where they predominantly work as domestic workers and earn more money than they would at home.

This is according to Brian Waswala, a wildlife and landscape ecologist at Kenya's Maasai Mara University who spoke to Aljazeera on how the decline of Lake Victoria's fishing industry is spurring Gulf migration.

In order to protect local ecosystems, the government should work with communities to support environment-friendly livelihood, because there cannot be effective environmental management without involving the communities.

Cage aquaculture involves the growing of fishes in existing water resources while being enclosed in a net cage which allows free flow of water.

The project seeks to carry out spatial planning for the freshwater lake to determine its carrying capacity for the cage-based aquaculture. The Kenyan government also rolled out the Sustainable Activities in Water Areas (SAWA) project in Lake Victoria to promote their activities.

The Kenya Marine and Fisheries Research Institute (KMFRI) introduced the floating fish cages technology in 2013 to increase fish production while at the same time conserving the declining wild fish stocks in Lake Victoria.

Since its introduction, the cage culture has presented itself as a new socioeconomic frontier contributing to the national economy and has continued to gain momentum in the lake region owing to good prospects of a better income.

Previous Story
Tagged:
Copyright © 2022 The Exchange Africa. All rights reserved. Distributed by AllAfrica Global Media (allAfrica.com). To contact the copyright holder directly for corrections — or for permission to republish or make other authorized use of this material, click here.