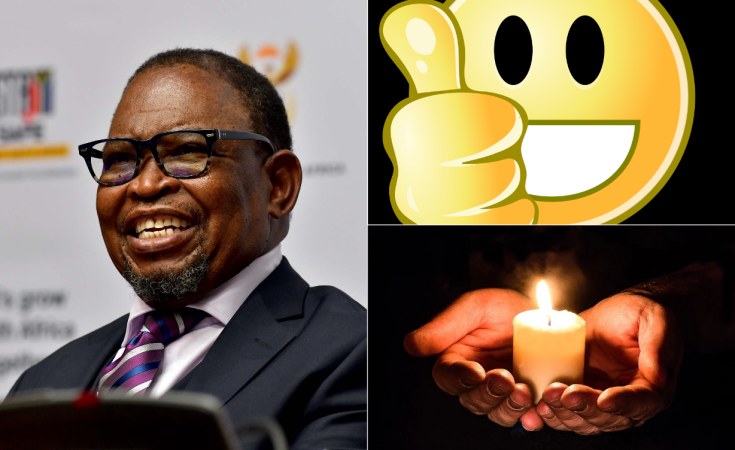 Finance Minister Enoch Godongwana will deliver his medium-term budget speech (MTBS) in parliament today at 14h00. Some key issues the minister will need to address is social grants, load shedding, wage disputes, e-tolls, social relief grants and the looming grey listing. This MTBS is going to be a delicate balancing act for the minister as Eskom told parliament it needs R1 billion to address rolling blackouts, public sector unions are rejecting govt's single digit 3% increases and the threat of water restrictions loom in Gauteng.

Time Is Ticking for President on Phala Phala Robbery
President Cyril Ramaphosa has been given 10 days - until November 6, 2022 - to respond to the impeachment allegations being probed by an independent panel related to the robbery on his Limpopo farm, Phala Phala. MPs have until Thursday to submit information to the Section 89 panel, after which Ramaphosa will have to respond, Eye Witness News reports.

Generation Z Gives Thumbs Down to Thumbs Up Emoji!

The thumbs up emoji is getting a thumbs down from generation Z - those born in the  mid-to-late 1990s as starting birth years and the early 2010s. Commonly known as "zoomers", they say this symbol is abrupt, rude and even passive/aggressive, eNCA reports.

Shift Between Stage 4 and Stage 3 Load Shedding For Now

Stage 4 blackouts kicked in on Tuesday morning but downgraded to Stage 3 yesterday afternoon, only to return today to Stage 4 for this morning, Wednesday October 26, 2022, Eskom reports.