Mozambique: Nyusi Has Good Reason to Keep Chang Out of a U.S. Court 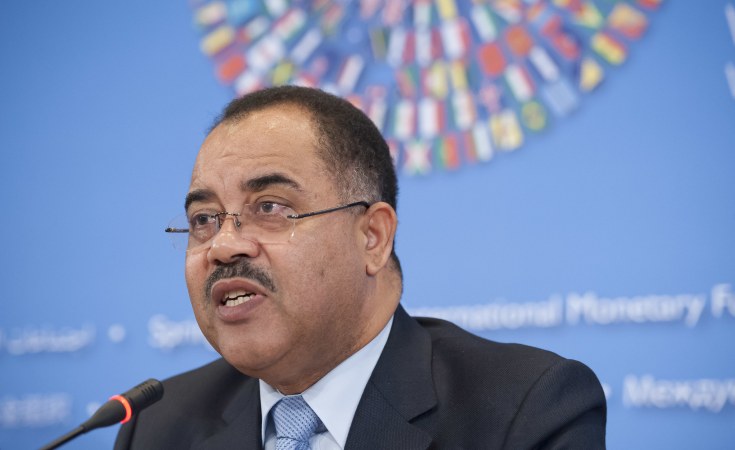 But would Chang prefer to testify in the US rather than return to Mozambique to an uncertain fate?

For Mozambique's President Filipe Nyusi, it is evidently vital to keep the country's former finance minister Manuel Chang out of a United States (US) court room. Hence Maputo's dogged attempts to ensure Chang is extradited from South Africa - where he has now been in jail for nearly four years - to Mozambique rather than the US.

Both countries ostensibly want him to face bribery, corruption and other charges arising from Mozambique's US$2 billion 'hidden debts' scandal dating back to 2013.

Since Chang's arrest in Johannesburg in December 2018 on a US warrant, Maputo has harried Chang through several legal and political twists and turns. Two successive South African justice ministers have ordered Chang returned to Mozambique. But twice, the Johannesburg High Court has stopped them, upholding the objections of the Budget Monitoring Forum, a consortium of Mozambican non-governmental watchdogs who contend that Chang won't face real justice in Mozambique.

Last November, the High Court ordered Chang extradited to the US and then denied the Mozambique government leave to appeal the decision. Maputo then applied to the Constitutional Court, but that motion was denied in June this year. Maputo did not give up. It appealed directly to the Supreme Court of Appeal, which is now deciding whether or not to hear the appeal.

Chang's lawyer Rudi Krause was asked after the Constitutional Court decision if his client had any more legal options. He replied that 'Mr Chang has resigned himself to the fact that he will be tried in the USA, a country that has no jurisdiction over a crime he did not commit.'

A story published by Africa Confidential this week suggests that Chang is not only resigned to being extradited to the US but would prefer that to being sent home. The journal says attempts have been made against his life while in jail in South Africa, and he fears he will be 'silenced' if he returns to Maputo. According to Africa Confidential, Chang has notified the Supreme Court of Appeal that he 'unequivocally' consents to a US extradition - a claim Krause denies.

The article conjectures that Maputo and Chang have almost reached the end of the legal road and that he will soon be en route to New York. Another lawyer who has been involved in the case is not so sure, suggesting to ISS Today that there could be more twists and turns in the long legal saga.

Borges Nhamirre, a Maputo-based Researcher for the Institute for Security Studies (ISS), cannot see why Chang would prefer to be extradited to the US over Maputo, or why he would fear being silenced back home. He says, 'Chang was a faithful servant of the state' and the ruling party, the Mozambique Liberation Front (FRELIMO), for many years. And he notes that FRELIMO and the state have looked after Chang, paying his legal bills and buying a house for his family.

Far from being silenced says Nhamirre, if extradited to Maputo, Chang would more likely 'escape justice - that is, be subject to a sham trial and sentenced to a lenient prison term.' Although 19 individuals, including some senior officials, have been tried for the 'hidden debts' scandal, 'the top politicians - those who decided to contract the debt and hide it from Parliament - are escaping justice.'

It's also clear that Nyusi doesn't want Chang singing in a New York court, where he might reveal who knew and who did what in the scandal. He was finance minister in Armando Guebuza's government in 2013 and 2014 when he signed off government guarantees on US$2 billion in secret loans from Russia's VTB bank and Credit Suisse. This was for three parastatals to buy a fleet of fishing and patrol boats from Abu Dhabi-based Privinvest Shipbuilding.

The ostensible aim was to launch a tuna fishing industry and fend off other illegal international fishing boats with the patrol vessels. But the US indictment against Chang and others says it was just a scam to elicit loans, much of which were siphoned off in bribes, including to Chang.

Nyusi was defence minister at the time, and the three parastatals that received the US$2 billion were involved in defence and security. So many observers believe he must have known about the shady deal.

Maputo has taken Privinvest, Credit Suisse and VTB to court in London, seeking an order that it shouldn't be obliged to repay the loans, as they were recklessly granted. That implies the Guebuza-led government should not have been trusted with US$2 billion. So it is critical for Nyusi to distance himself from the deal. Any evidence from Chang that he was complicit could blow that case out of the water.

Nhamirre says: 'There are many twilight zones regarding the involvement of Nyusi and Guebuza in the hidden debts and Chang has details that he could reveal, once in the US and far from the protection that FRELIMO gives him in Mozambique.'

The question Africa Confidential raises though, is whether those 'details' are so potentially damaging to powerful figures in Maputo that Chang fears they would rather not take any chances of him revealing them.

The Chang saga is playing out against the backdrop of growing resentment towards Nyusi within FRELIMO as he rapidly consolidates power. Those who opposed his unprecedented bid for a third term at the September party congress were basically told to sit down and shut up. Is Chang's conjectured fear of being 'silenced' somehow connected to this rising authoritarian tendency and the growing resistance to it?