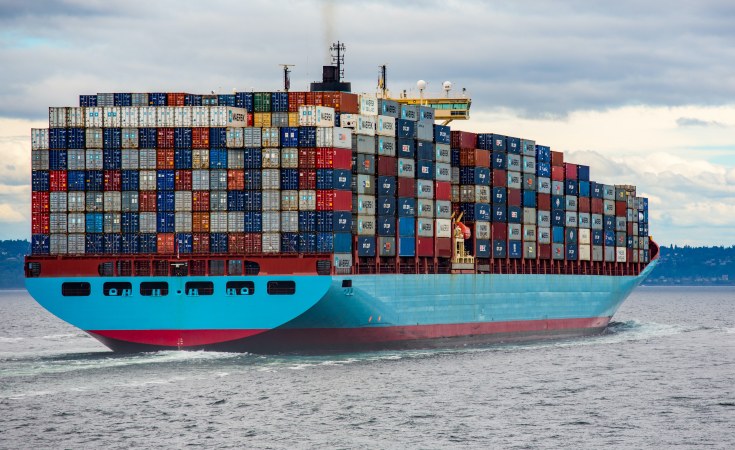 Increasing maritime awareness has already delivered impact, but consistency and continental leadership are needed to realize the sector's full potential.

Africa's 48,000 kilometres of coastline, shared among 38 coastal states, are resource rich and hold some of the world's most strategic sea lanes, including the approaches to the Suez Canal, which carries 12 per cent of worldwide trade, and the Gulf of Guinea, a critical route for global energy. But despite the vast potential this represents, piracy and maritime insecurity have dominated the narrative of Africa's coasts, and further propagated the image of African states as beholden to external intervention.

Yet African agency is established and evolving in the sector, with African littoral states enhancing their capacity to face collective security threats and exercising increasing autonomy in responding to the recent rush of external actors looking for port facilities and military bases. Enhanced continental coordination, consistency and leadership can help Africa's maritime endowment become a resource that can bring sustainable benefit across the continent.

Agency beyond piracy: the Gulf of Aden and Western Indian Ocean

Piracy became the dominant frame of reference for the East African maritime space as a result of the crisis off the coast of Somalia, which peaked between 2008 and 2012. In 2008, the UN Security Council (UNSC) took the unprecedented step of authorizing international naval operations in Somali territorial waters, contributing to a gradual reduction in attacks. There have been no successful hijackings reported since 2017.

As the immediate threat of piracy has quietened, broader geopolitical dynamics have come to the fore, notably in a surge by external actors to establish strategic ports and military bases.

But progress has not just been down to international assistance. Somalia is prioritizing increased domestic enforcement capacity - as demonstrated in the establishment of a new specialized maritime unit and the wider region enhanced collaboration and information sharing through the Djibouti Code of Conduct of 2009, amended in 2017.

South Africa's recent admission as a new signatory demonstrates its continued relevance. In March 2022, the UNSC authorization lapsed, following pressure from the Somali government. Although it is not yet clear whether Somali efforts will be sufficient to repress piracy in the long term, this reverse was a clear statement of Somalia's agency at a level unthinkable during the outset of the crisis.

As the immediate threat of piracy has quietened, broader geopolitical dynamics have come to the fore, notably in a surge by external actors to establish strategic ports and military bases. Here too, African states have demonstrated enhanced agency, for better or worse. Consider Djibouti's unilateral seizure of a container terminal from an Emirati firm, Sudan's review of Russian and Turkish deals for maritime facilities, Tanzania's rejection of a Chinese-led port investment, or the Seychelles withdrawing agreement for an Indian naval base.

Such examples point to a growing awareness of the value of maritime resources within African states, alongside a willingness and ability to push back against external imposition - and indeed to innovate in finding solutions beyond infrastructure and 'hard' security. In 2018, the Seychelles launched the world's first sovereign blue bond to fund sustainable marine projects. That other countries are seeking to replicate this model points to the potentially global impact of African leadership on maritime issues.

Regional cooperation or competition in the Gulf of Guinea?

The Gulf of Guinea is likewise resource rich and geographically strategic, and has faced diverse maritime security threats including piracy, smuggling, illegal fishing, oil theft and pollution. Gulf of Guinea states put in place several initiatives to promote security, including the Yaoundé Code of Conduct (YCoC), signed by 25 states in 2013, that led to information-sharing and cooperation on interdiction, investigation and prosecution. But crime in the Gulf of Guinea nonetheless reached an all-time high in 2020, suffering 130 of the 135 maritime kidnappings recorded worldwide, due to the non-binding nature of the YCoC and gaps in capacity and finance.

Despite the clear impact of growing African agency in the maritime space, a long road remains towards the realization of its full potential.

Though external actors have become increasingly engaged, including the EU, US, France, Denmark, and the G7++ Group of Friends of the Gulf of Guinea (FOGG), states within the region, especially those most affected by piracy and armed robbery, have nonetheless demonstrated leadership. Nigeria, Ghana, and Cote D'Ivoire have all developed maritime security strategies; Nigeria launched its Deep Blue Project to secure Nigerian waters; Ghana has strengthened its navy; and Togo has changed its laws and judicial system to allow the arrest and prosecution of ships and persons. Maritime security incidents have consequently reduced in 2022.