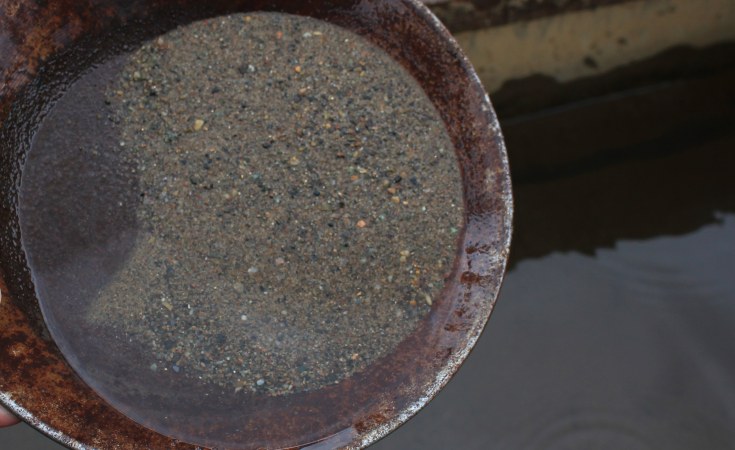 An investigation has found evidence that the Wagner Group, a Russian mercenary force with ties to the Kremlin, colluded with political and military powers in Sudan to exploit the country's gold.

The Wagner Group was founded in 2014 by Yevgeny Prigozhin, a close associate of Russian President Vladimir Putin.

According to Mikhail Khodorkovsky, a prominent Russian dissident living in exile in the UK, Prigozhin's influence with Putin is on a par with that of senior Kremlin ministers like defence chief Sergei Shoigu or Sergei Lavrov, the foreign minister.

Prigozhin's mercenaries have been accused of murder and war crimes in operations around the world.

This week, lawyers in London launched a case accusing the Wagner Group of terrorist acts in Ukraine. The group allegedly engaged in a campaign that included murder, rape, the targeting of infrastructure and the planting of explosives around nuclear facilities.

A report by the US-based non-profit Organised Crime and Corruption Reporting Project (OCCRP) now details group activities in Sudan, where it is alleged that the Wagner Group funnelled resources to regime forces in exchange for privileged access to the country's lucrative gold mining industry.

Sudanese regulations oblige all foreign mining companies to grant Khartoum 30 percent of shares, so that Sudan benefits from any gold extracted.

Yet Prigozhin's mining operation, a subsidiary called Meroe Gold, is subject to no such profit sharing, according to documents uncovered by researchers at the OCCRP.

Thanks to a deal struck in August 2018 with the then president Omar al-Bashir, Sudan's mining ministry agreed to waive its stake in the future gold operation to the Russian-owned company.

Meroe's parent company, M Invest, paid millions of dollars to a company operated by Sudanese military intelligence in exchange for access to residence permits and weapons for its Russian staff in Sudan, the OCCRP reports.

Meroe's special treatment appears to be compensation for the weapons Sudan imported from Russia.

The OCCRP report explains how the Sudanese regime, through a private company controlled by military intelligence, delivered weapons to Wagner. This is a departure from stories in the media which allege that Wagner is supplying weapons to Sudan.

The deal, underwritten by Sudan's military regime in the wake of Bashir's ouster in 2019, is problematic because the army is known for being "deeply and systemically corrupt", as well as being a major conduit for illegal weapons, says Andrew Feinstein, an author who specializes in investigating corruption.

According to Khadija Sharife of the OCCRP, author of the Sudan report, the deal allowed "for a criminal company to reward a criminal military. These kinds of costs can never be repaid."

Sharife reproaches "senior Sudanese officials who had the power to sell the country's sovereignty for a song - $100,000 a month". This is the sum that Wagner apparently arranged to pay for assistance in bringing its personnel and arms into Sudan.

Contracts seen by the OCCRP indicate that a company managed by a Sudanese army officer was supposed to supply equipment to Wagner including armoured tanks, drones and large-caliber weapons, using Sudanese air bases, army transport and military aircraft signal codes to disguise the transfers.

International law stipulates that an importing government may not sell, deliver or transfer weapons to a third party.

Richard Messick, a former senior operations specialist at the World Bank who now consults for international organisations on legal development and anticorruption, questions why Bashir's government agreed to the arrangement.

"Any time you deviate from established foreign investment law, you have to ask if it's because the foreign investor is so attractive the government is desperate to bring them in, or whether there is a cloud over such a special deal which may be a side payment or some other quid pro quo, like the ability to procure arms for the people in power," Messick says.

Wagner and the Sudanese military are "two of the blackest of the black figures in the world economy", Merrick adds.

"These are two really bad actors that shouldn't be allowed to purchase arms, anywhere."

The activities of Prigozhin and his network in Sudan have made them a target of United States sanctions.

In July 2020, the US Treasury imposed sanctions on companies registered in Sudan, Hong Kong and Thailand, including Meroe Gold and M Invest, for exploiting Sudan's natural resources and interfering with democratic reforms.

Through the Wagner Group and its relationship with Bashir, Russia also became involved in Sudan's oil, gas and agricultural sectors, US authorities said.

"Yevgeniy Prigozhin and his network are exploiting Sudan's natural resources for personal gain and spreading malign influence around the globe," said the then US Treasury Secretary Steven Mnuchin.

Russian mercenaries are believed to be active in around a dozen other countries in Africa, including South Sudan, Libya, the Central African Republic and Mali.