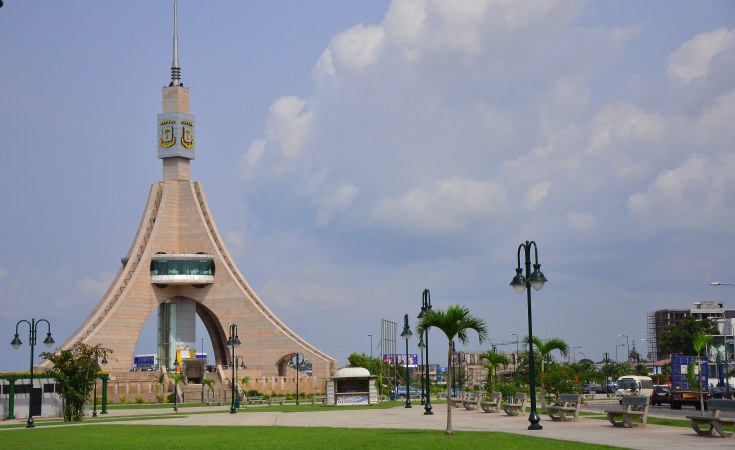 Equatorial Guineans go to the polls on Sunday as President Teodoro Obiang Nguema, the world's longest-serving president, looks to seal the deal with another mandate, in a country considered one of the most repressive, according to Transparency International.

His victory in the polls would mark a sixth term. Past elections show that he received more than 90 percent of the vote. His current contenders include Andres Esono Ondo and Buenaventura Monsuy Asumu.

Human rights groups contend that the media is muzzled and protests are banned in the country of 1.5 million people who live in dire poverty. The Spanish-speaking country gained its independence from Spain in 1968, and has had only Obiang's uncle, Francisco Macias, and Obiang himself as rulers.

About 75 percent of Equatorial Guinea's GDP comes from its oil output. While originally producing 160,000 barrels per day, the number has recently dropped to 93,000.

Despite the oil, Equatorial Guineans live in dire poverty, with very little access to healthcare and education. Obiang is known for his flashy lifestyle, a way of life that his son, the vice president, has imitated, with luxury cars and Michael Jackson memorabilia.

Obiang's son Teodorin Nguema Obiang Mangue was convicted in a French court in 2020 of profiting from ill-gotten gains, and of embezzling Equatorial Guinean money to buy French real estate and luxury cars, subsequently seized and auctioned off.

Father and son deny any wrongdoing.

Parliamentary and local elections will be held at the same time as the presidential election, and intimidation of opposition parties and critics has been the norm, according to activists.

Security forces raided the headquarters of a banned opposition party in September, arresting 100 of its members.

Repression before the vote has offset efforts by Obiang to improve his image abroad, the latest gesture being a move to abolish the death penalty earlier this year.

The country has been hit with rising food prices due to the war in Ukraine, a challenge Obiang will have to face if elected again.