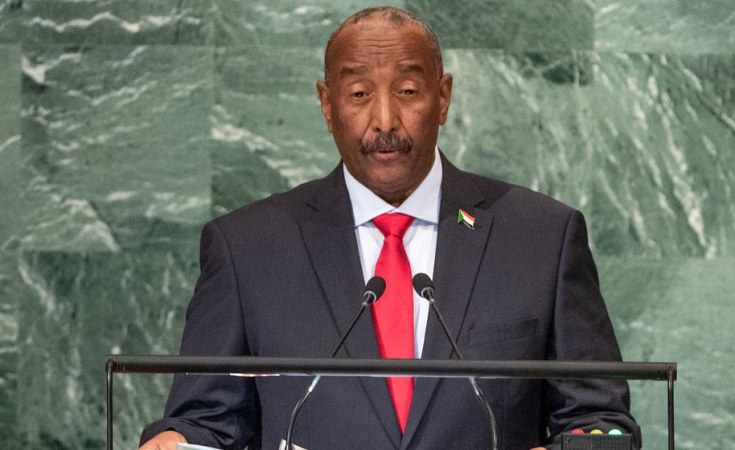 Khartoum — An upcoming framework agreement between the Forces for Freedom and Change-Central Council (FFC-CC) alliance and the military junta has been rejected by several political groups in the country, from pro-democracy grassroots movements and political opposition parties to members of the Sovereignty Council.

Statements rolled in over the weekend following an announcement on Friday by the FFC-CC* that the agreement with the military will probably be signed soon after it had incorporated several suggestions by the military.

Resistance committees in Khartoum said in a statement on Sunday that any agreement that the FFC-CC makes with those responsible for the coup d'état on October 25 last year means that there will be no retributive justice done for the many victims of the military rulers.

The statement described the agreement as "a prevarication in order to remain in power and continue impunity. It is a lost hope on fair trials," said the statement, explaining that it is "a full-fledged political settlement that reproduces the partnership with the military and the parties that were ousted after the fall of Al Bashir."

The lack of importance given to justice and peace, removal of remnants of the former regime of Al Bashir, and security and military reform in the agreement was categorically rejected by the Khartoum resistance committees.

El Fateh Hussein, member of the Khartoum Southern Belt resistance committees, told Radio Dabanga last week that they consider negotiations with the junta "a violation of the demands of the street to achieve justice and retribution for the blood of the martyrs."

He announced that they plan to escalate their street protests in December. "We will continue to escalate until the coup is overthrown and justice is achieved for the martyrs." He declared their adherence to the Three No's: "No Negotiation, No Partnership, No Bargaining."

In a statement on Saturday, the party said: "There is no place for coup plotters or the armed forces in any transitional arrangement. What applied to the putschists of June 30, 1989, applies to them as well. Coup leaders can never be trusted."

The party claimed that "local and external forces" have pushed for a quick political settlement, warning that the military will use the agreement to "split revolutionary forces and confuse people." The statement called for unity in the FFC.

Malik Agar, member of Sudan's Sovereignty Council and head of the Sudan People's Liberation Movement-North (SPLM-N Agar) in the Blue Nile region that signed the Juba Peace Agreement (JPA) with the government in October 2020, described the upcoming framework agreement as "a waning opportunity which will further complicate the political scene."

Rejecting the framework agreement that FFC-CC intends to sign with the military in a post on his Facebook page, Agar stated that "any settlement which does not include the JPA will be rejected and resisted."

The current framework agreement, which includes a review of the JPA, implies that the peace agreement will be cancelled, according to Agar.

Agar also said that the current settlement challenges Sudan's pluralism. "It suggests that the state is owned by a certain group that distributes citizenship shares to the rest of the Sudanese. This is unacceptable."

In a symposium in Teiba Press Hall in Khartoum on Saturday, Yasir Arman, former SPLM-N Agar leader and new member of the FFC-CC, said that the JPA needs to be reviewed in order to "accommodate new developments in the framework agreement."

Arman stressed the necessity of renewing the JPA to gain broad support while preserving all gains for Darfur and the Two Areas (South Kordofan and Blue Nile region), and noted the need to seek "a unified agenda for eastern Sudan."

"International parties will hold meetings on Friday, with the participation of the FFC, several rebel movements and transitional forces represented by the mainstream DUP, and the [Islamic] Popular Congress Party and Ansar El Sunna," according to Arman.

Arman also said that power structures will be formed after the final agreement has been signed.

The framework agreement will lay the foundation for the formation of a civilian government, he explained. "Choosing the prime minister is within the prerogative of the forces of the revolution, provided that they participate in consultations over cabinet formation," he said.

He said the issues of justice and peace, military and security reform, and the removal of remnants of the Al Bashir regime will be discussed with the forces of the revolution and the transitional forces and included in the final agreement.

FFC-CC member Jaafar Hasan confirmed that issues of justice and peace, military and security reform, and removal of remnants of the former regime are being postponed because they need more scrutiny. He further said that the debate on the issue of a single head of state or a new sovereignty council has not yet been resolved.

A conference on justice and transitional justice will be held soon, he claimed. As for the issue of military reform, he warned that "those who talk about the dissolution of the Rapid Support Forces do not know the consequences of the matter," indicating that the matter needs a vision and schedules according to a comprehensive process of security and military reform.

At the start of November, Minister of Finance and JEM leader Jibril Ibrahim stressed the importance of forming a civilian government in Sudan as soon as possible to end "the vacuum that the country has experienced during a whole year since the military coup on October 25, 2021."

* The FFC alliance, also known as the mainstream FFC, has been prone to divisions since its formation in early January 2019 by political parties and groups that signed the Declaration for Freedom and Change. The National Umma Party (NUP), the Democratic Unionist Party (DUP), and the Socialist Arabic Ba'ath Party alliance, which already split due to various issues during the reign of Al Bashir, has now fragmented further due to opposing views and standpoints on talks with the military - which further clouds the current political scene in Sudan. The FFC-CC alliance, currently negotiating with the junta, consists of several (split-off) political parties and new groups such as the FFC-Democratic Block, chaired by former rebel leader Yasir Arman. The Communist Party of Sudan has never split but did withdraw from the FFC alliance in November 2020.