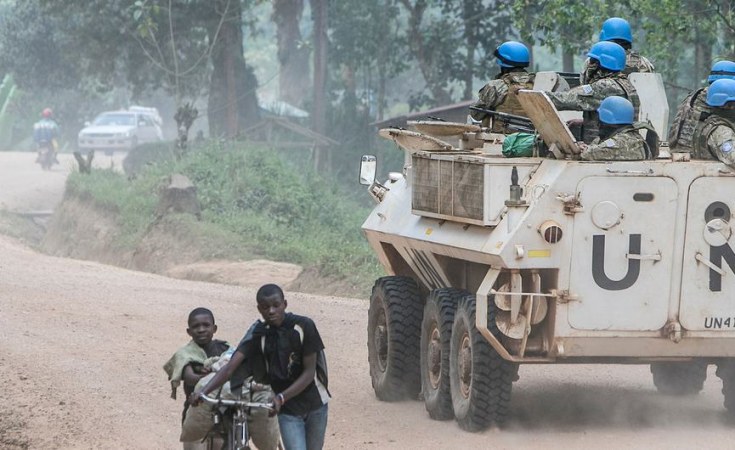 Luanda — The summit between Rwanda and the Democratic Republic of Congo (DRC), which was due to take place Monday in the Angolan capital, Luanda, to discuss the crisis opposing the two neighbouring countries, has been postponed for Thursday, ANGOP has learnt.

The meeting will have as its agenda the quest for ways to overcome the crisis between Rwanda and the DRC generated by the resurgence of the M23 armed rebellion in eastern Congo.

The meeting was arranged by the Angolan President, João Lourenço, in his capacity as African Union (AU) mediator in the conflict, to approve an Action Plan for Peace in DRC and the "reestablishment of good relations" between the two neighbouring countries of the Great Lakes region.

The meeting is to count on the presence of Paul Kagamé (Rwanda), Félix Tshisékédi (DRC) and Évariste Ndayishimiye (Burundi), as well as the former Kenyan head of state, Uhuru Kenyatta, as a peace facilitator appointed by the East African Community of States (EAC).

Burundi is one of the neighbouring countries of the DRC, which, since August has deployed military contingent in the Congolese province of South Kivu, as part of the EAC regional force created in June to help combat armed groups in Congolese territory.

The Action Plan to be approved at the next meeting results from a proposal by the Angolan mediation to adapt the Luanda Peace Roadmap to the new reality registered on the ground since the end of October with the intensification of fighting in the North Kivu region.

The proposal was presented by João Lourenço to Rwanda and the DRC, during his last visit to these two countries in November this year, following the worsening of violence in the common border with the resumption of military actions of the M23 group.

The latest reports on the ground point to a progression of the (M23) rebels towards Goma, provincial capital of North Kivu, after violent clashes with units of the Armed Forces of DRC (FARDC) and new localities that have been captured by the rebels.

The same reports place the battle for the control of this Congolese commercial hub, with an area of nearly 76 square kilometers and 250,000 inhabitants on the border with Rwanda, about 20 kilometers from Goma.

The clashes have reportedly already left several civilians dead and wounded, hundreds of thousands of displaced people and refugees in neighbouring Uganda, amid a serious humanitarian situation.

According to the UN Office for the Coordination of Humanitarian Affairs (OCHA), an estimated 262,000 people have been displaced and 7,000 became refugees since fighting broke out in March between the FARDC and M23 rebels.

Tension between Rwanda and DRC

Hostilities between the two countries are long-standing, starting with the Great Lakes refugee crisis triggered by the exodus of more than two million Rwandans to neighbouring countries including DRC, following the 1994 genocide.

The humanitarian relief effort would have been compromised by the presence among the refugees of many of the ethnic Hutu individuals responsible for the genocide, who used the refugee camps as bases to launch attacks against the new Rwandan government led by Paul Kagamé.

The refugee camps thus became particularly politicized and militarized leading humanitarian organizations to withdraw their assistance after understanding that it was being diverted to aid genocidaires in Rwanda.

M23 was created by elements of an old rebellion formed by individuals of Tutsi Rwandan origin, the minority ethnic group targeted in the 1994 genocide, along with so-called "moderate Hutus".

Its founders are also former members of the FARDC, who are said to have defected at a time of strong divisions within the armed forces between the ranks of the two ethnic groups, prompting speculation that they are acting under the influence of the Rwandan regime, whose leadership is also of Tutsi ethnicity.

Under the command of General Laurent Nkundabatware, they even took refuge in Rwanda, from where they later returned to the DRC, this time led by General Bosco Ntanganda, and further decided to rejoin the FARDC on March 23, 2009.

Three years later, the group re-emerged as an anti-government movement, adopting its current name (M23), and went to war against the FARDC until 2013, when it was defeated by an international force before taking refuge in Uganda.

Several rounds of negotiations for its reintegration into the FARDC had followed, without success, until it reappeared in late 2021 in the east of the country.

With its resurgence in force in December 2021, political-diplomatic relations between the DRC and Rwanda degraded, after Kinshasa accused Kigali of supporting M23 in its new military campaign in eastern Congo.

Rwanda denies such accusations and on the other hand, denounces an alleged alliance between the DRC and the rebels of the Democratic Front for the Liberation of Rwanda (FDLR), a vestige of the Rwandan militia responsible for the 1994 genocide, today accused of trying to destabilize the Rwandan state.

The increased tension between the two countries and the continuing offensive of the M23 led President João Lourenço to launch his mediation mission, under a mandate given by the AU in May 2022 to seek a peaceful solution to the conflict.

The diplomatic actions that followed allowed for a temporary easing of tension through initiatives that culminated with the adoption of the Luanda Roadmap at a tripartite summit held in the Angolan capital in July 2022.

Initially, everything pointed to a happy outcome in the materialization of the decisions taken during the Luanda meeting marked by a handshake between Kagamé and Tshisékédi, and mutual promises of doing everything to reach a peaceful resolution to the conflict.

However, the situation on the ground took a sudden turn, with the resumption of clashes in the North Kivu region, with greater intensity and strong repercussions on diplomatic relations between the two countries, culminating in the expulsion of the Rwandan ambassador to DRC, Vincent Karega.

Adaptation of the Luanda Road Map

The new scenario imposed by the deterioration of the situation on the ground, forced the mediator to travel to Kigali and Kinshasa to propose changes to the Luanda Peace Roadmap to adapt it to the new context that emerged in the theater of operations.

Signed by the heads of State of Angola, DRC and Rwanda, the Luanda Roadmap was designed to normalize relations between the latter two and put an end to the new M23 rebellion, which is at the root of the rising tension between Kinshasa and Kigali.

Among other measures, the Roadmap provided for the immediate cessation of hostilities, followed by the withdrawal of M23 from the positions occupied in Congolese territory, the reactivation of the Joint Commission between DRC and Rwanda, the creation of an Ad-Hoc Verification Mechanism and the institutionalization of the fight against the illicit exploitation of natural resources in the region.

According to the Angolan minister of Foreign Affairs, Téte António, the Luanda Roadmap is recognized in the region and by the UN Security Council as a political mechanism that should complement the Nairobi Process, which determined the creation of a regional force of the East African Community of States (EAC).

The Nairobi Process aims at organizing direct negotiations in the Kenyan capital between representatives of the Kinshasa government and some 30 armed groups, which have agreed to lay down their arms in the DRC, with the exception of M23.