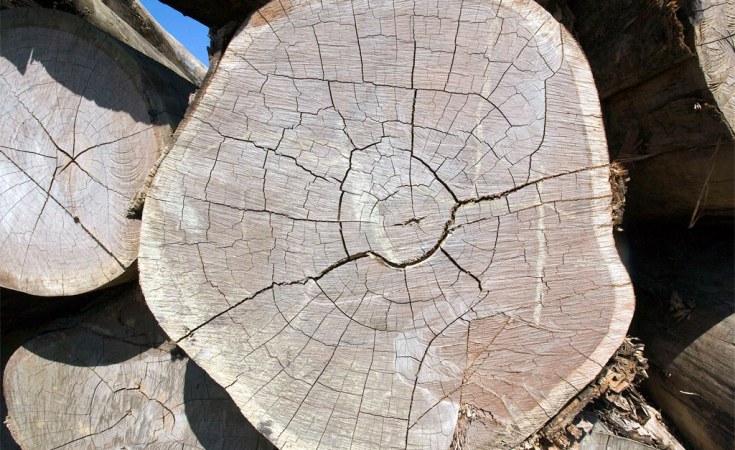 THE Ministry of Environment, Forestry, and Tourism said the 100-kilometre-long state forest in the Zambezi region is under threat due to foreigners entering at undesignated points to harvest timber on a daily basis.

This was revealed by ministry spokesperson Romeo Muyunda during an interview with The Namibian yesterday.

He said the environment ministry has been faced with the illegal harvesting of timber at the hands of citizens from neighbouring countries, particularly Zambia.

To protect the country's natural resources, regular patrols and targeted operations have been conducted in the state forest, which is an area north of the road from Kongola to Katima Mulilo, he said.

"Unfortunately, despite our best efforts, trees continue to be illegally felled. We have been seizing tree logs that were cut and left there to dry so that the smugglers can return to fetch them. We are also engaging our colleagues from Zambia to do more on their side of the border.

"The border area is very porous, and the matter needs a collective effort from all stakeholders to combat it," Muyunda said.

If the situation persists, it will have a negative impact on the country, especially environment-wise because forests are key for human survival and the climate, he said.

"It reduces our ability to sink more carbon and reduce climate change. Certainly, it will cause Namibia to fail on its national determined contributions for climate change targets if we do not collectively bring it under control," said Muyunda.

A successful sting operation by the Zambezi regional police to capture culprits illegally harvesting timber resulted in the arrest of an Angolan and a Zimbabwean for possession of 32 pieces of redwood timber on Friday.

During an interview with Namibian regional police commander Andreas Shilelo, he said an operation to ambush the culprits was conducted in response to alarming rates of suspected illegal timber logging along the Namibia/Zambia borderline in the Namibian state forest.

"Members managed to apprehend a suspect who entered Namibia from Zambia with a tractor and a trailer loaded with 32 pieces of timber. Upon interrogations, the suspect revealed to officials that he was employed by a certain businessman and was on his way to deliver the cargo to the businessman, who was also apprehended the following day. The businessman is a Zimbabwean national who operates a local garage and is customarily married to a Namibian woman. The suspects didn't have any licence or permit to possess or deal in timber, nor did they declare the timber to customs and entered Namibia at an ungazetted point of entry," he said.

"The value of the redwood is yet to be determined," he said.

The suspects remained in custody in the Katima Mulilo Magistrate's Court yesterday after their first appearance.

They have been identified as Thomas Mup-fugami (50) and Domingo Armando (60).

Their case was postponed to 20 January 2023, for further investigations.

They appeared before magistrate Beatrice Sibalatani, and the state was represented by Donovan Schuster.

Tagged:
Copyright © 2022 The Namibian. All rights reserved. Distributed by AllAfrica Global Media (allAfrica.com). To contact the copyright holder directly for corrections — or for permission to republish or make other authorized use of this material, click here.