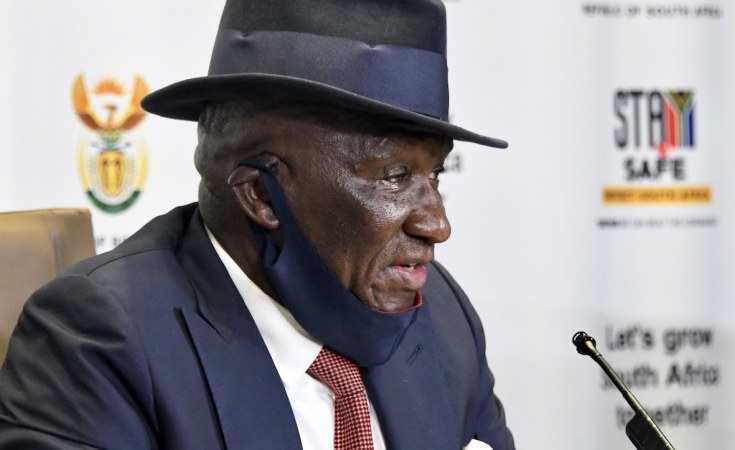 Cape Town — South African police say 10,000 new officers will be on the streets by Christmas after a jump in violent crime, with murders up 14%, car-jackings up 24%, and kidnappings doubling. Police say 7,000 people, almost 1,000 of them women, were murdered between July and September and 10,000 women were raped in those three months. The disturbing trend comes just ahead of Friday's 16 Days of Activism Against Gender-Based Violence.

The crime figures from July to September were announced by the Minister of Police Bheki Cele.

"The crime stats show that aggression and violence are at worrying levels in South Africa," Cele said.

Cele has promised citizens that the 10,000 additional officers will make a difference during the Christmas holiday period and beyond.

But crime analyst at the Institute for Security Studies Gareth Newman is skeptical. He says the crime stats show that the upward trend in murders that started over a decade ago has continued and increased and the rate of increase has worsened.

For example, Newman says from 2012 until last year the ability of the South African police service to solve murders has dropped by 50 percent.

He has urged the president and the minister of police to take note of the reports from at least five government-sponsored commissions of inquiry or panels of experts looking into policing over the last ten years, and to make the necessary changes.

"We need a completely new rethink starting with the rejuvenation of the top management echelon of the South African police service ,because that is where the problem starts. That management structure is at war with itself," Newman said.

The founder of the non-governmental organization 1,000 Women, 1 Voice, Tina Thiard, agrees that there is much room for improvement in the criminal justice system.

She and her team are getting ready to participate in the annual 16 Days of Activism Against Gender-Based Violence, which starts Friday.

They will be hosting circles for women called Hear Me Too in communities.

"But on a national scale we are organizing postcards to the president and on the postcards we will give them solutions, the solutions that we as women have come up with," Thiard said.

And what are some of the suggestions?

"To strengthen our relationship between police and community-based organizations where they work together," Thiard said. "Not just on a police forum but actually in police stations, also to train a lot more lay legal supporters so that women can be accompanied to the various services they need the police, the courts, the clinics."

Thiard says they are also training women in rural areas to take in GBV victims until they can get to places of safety.