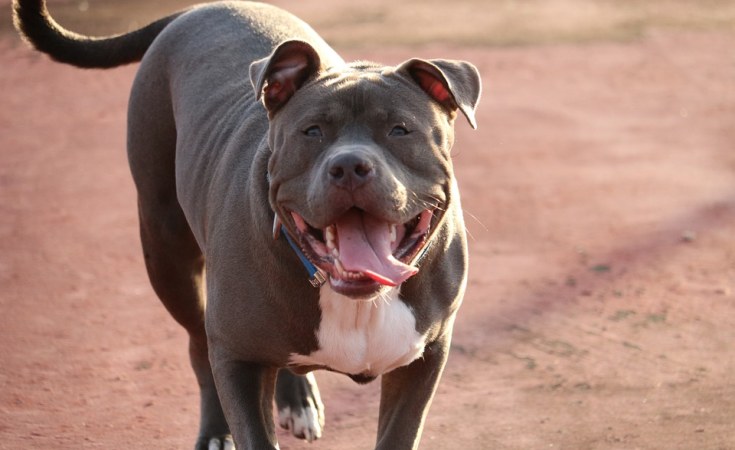 Vusi Khoza, a pit bull fanatic and former chairperson of the EFF in KwaZulu-Natal refuses to voluntarily surrender his dogs.

The EFF leadership ordered all party members to surrender their pit bulls to the SPCA following a spate of killings of people -- including children -- by these animals recently.

But Khoza is not budging and has drawn the line in the sand against the leadership of his own party.

"There's no law that prohibits ownership of pit bulls. People must surrender their dogs voluntarily. No one must be compelled to do so," Khoza told Scrolla.Africa.

"I will wait for the legislation to be enacted."

His stance has landed him in trouble with the EFF leadership which said the order to surrender pit bulls was not negotiable.

Khoza was unseated as the provincial EFF chairperson by Mongezi Twala during the EFF provincial people's assembly in KZN last month. He is now an ordinary member of the party.

Nkululeko Ngubane, EFF secretary in KZN, said: "The organisation has spoken. Anyone who says anything else is defining himself outside the organisation."

Ngubane said the party would not be dragged in by attention seekers.

"The only mandate we have now is to focus on reaching a membership of one million, nothing else."

"In communities where owners have not surrendered their animals, communities are beginning to take matters into their own hands. Animals are being poisoned, stabbed, beaten, and set alight by angry communities," said Nair.

Storm Nuke, a ten-year-old, was attacked and killed by two pit bulls in Gqeberha, Eastern Cape in September.

When Olebogeng Mosime, eight, from Bloemfontein, was mauled to death by his neighbour's pit bull in November, many South Africans raised the alarm against the ownership of the animals.

There was more outrage when Keketso Saule, three, was ripped apart by two raging pit bulls over the weekend in the Free State.

A 15-month-old child was attacked by a pit bull on Wednesday in the Gonubie Farm area in the Eastern Cape and the boy succumbed to his injuries in hospital.

Many people have called for legislation barring any ownership of pit bulls to be put in place.