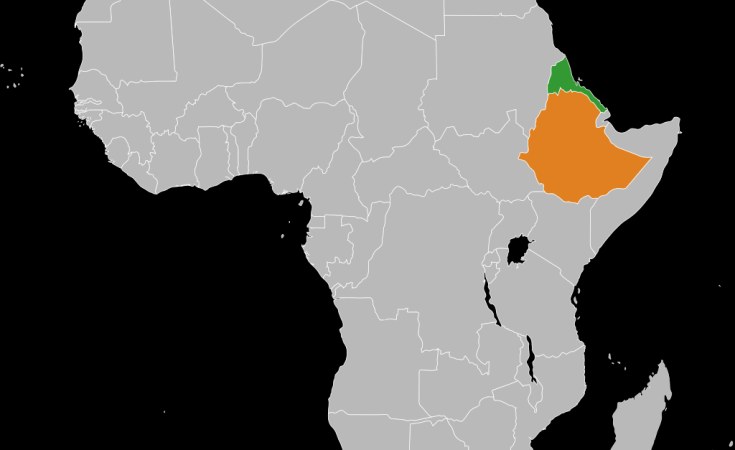 "Eritrean forces are still killing civilians, ransacking, destroying, and looting property at will. In May Abay last week, they were summarily executed hundreds of women and children" Getachew tweeted on Sunday.

It is the latest in a continuous accusations of atrocities put forward by Tigrayan officials against Eritrean forces since the peace agreement was first reached in South Africa on 02 November.

Earlier on Sunday, citing eyewitnesses and aid workers, the AP reported that "allies of Ethiopia's federal military are looting property and carrying out mass detentions in Tigray."

"Eritrean troops and forces from the neighboring Ethiopian region of Amhara -- who have been fighting on the side of Ethiopia's federal military in the Tigray conflict -- have looted businesses, private properties, vehicles, and health clinics in Shire, a northwestern town that was captured from Tigray forces last month," the AP news said, adding that "civilians accused of aiding Tigray forces are" also being detained in the southern Tigray town of Alamata.

A statement from the regional state issued on 19 November accused Eritrean forces of committing crimes against humanity, looting properties belonging to individual and religious institutions. On the same day footage aired on the regional media, Tigray TV, also showed dead bodies scattered on the ground which it said were some of 63 civilian victims, including ten children, killed by Eritrean forces in Egela, Central Tigray.

The regional Tigray TV also reported Sunday on continued heavy shelling of the Irob district in eastern Tigray by "Eritrean forces despite the peace deal."

"It's obvious that the Eritreans have no appetite for any peaceful arrangement between the Central government and Tigray as it would stand in the way of their nefarious plans in the Horn. The question is will our partners for peace in Addis do their part of the deal to protect civilians and to do whatever it takes to convince the 'external and non-ENDF forces' to leave Tigray? It's our hope and expectation that they discharge their part of the deal," Getachew said.

Olusegun Obasanjo, High representative of the AU to the Horn of Africa and chief peace negotiator between Ethiopian government and Tigrayan authorities, while visiting Mekelle, capital of Tigray Region on 24 November told the senior leadership of the regional state that, "no country should accept the presence of foreign country on its land" pointing out that his visit aims to determine how issues including the issue of foreign troops can be settled best.

Responding to a tweet by US State Department's Bureau of African Affairs that welcomed Obasanjo's visit to Tigray and his subsequent statement about the unwanted presence of foreign troops, Eritrea's minister of Information Yemane Gebremeskel tweeted "defense architectures between sovereign African States is not subject to prior endorsement, or veto by extraneous powers".

Under "Disarmament of Tigray armed combatants," of the Declaration of the Executive Plan point 2.1/D, it is stated that "disarmament of heavy weapons will be done concurrently with the withdrawal of foreign and non-ENDF forces from the region." The Federal government did not comment on the accusations of the atrocities being committed by Eritrean forces, nor is there report on the status of their withdrawal from the Tigray Region.

Addis Standard's efforts to get comments from both the federal government Communication Services and the Ethiopian National Defense Forces (ENDF) were unsuccessful. Public Relations head of the ENDF Colonel Getnet Adane, refrained from commenting on the issue, and said that we should wait for official statements. AS

Previous Story
Tagged:
Copyright © 2022 Addis Standard. All rights reserved. Distributed by AllAfrica Global Media (allAfrica.com). To contact the copyright holder directly for corrections — or for permission to republish or make other authorized use of this material, click here.