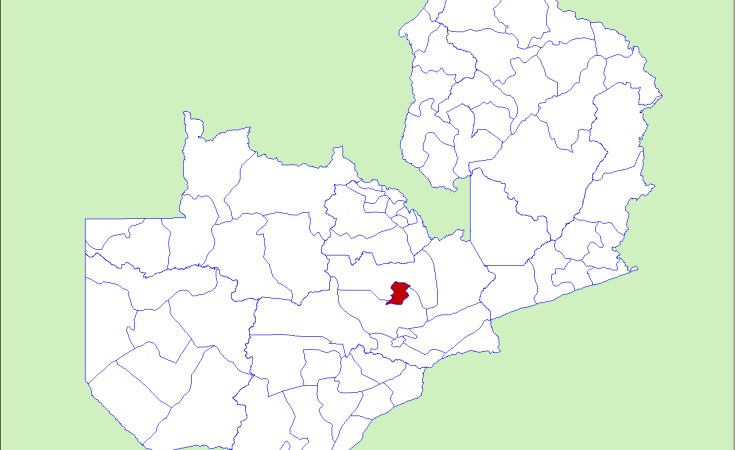 Kabwe — A court in South Africa last week ruled that U.N. experts can intervene in a class action lawsuit against mining giant Anglo American over lead poisoning in Zambia. South African and British lawyers filed the lawsuit on behalf of about 140,000 Zambian children and women whose health was allegedly damaged by a colonial-era lead mine. Anglo American has denied wrongdoing at the Kabwe mine, which it was involved in from the 1920s to 1970s.

It's a busy morning in Chowa township in Kabwe, which on the surface looks like an ordinary Zambian town.

But rights experts and lawyers say Kabwe is one of the areas in the world most polluted by lead poisoning.

Rachel Kutayaya said her three boys, aged 12, 14, and 16, were sickened by lead but she's unemployed and can't afford treatment.

Kutayaya struggles to feed her kids with the $20 she makes per week selling tomatoes.

She said her children's IQs have been affected. In school, Kutayaya says, they do not focus well, so their performance is poor. She says one of them often has stomach problems and blames lead poisoning.

Britain-based rights law firm Leigh Day estimates 140,000 Zambian children and women of childbearing age were sickened by the colonial-era lead mine in Kabwe.

They've been seeking a class action lawsuit since 2020 for lead poisoning at the mine against mining giant Anglo American in a court in South Africa.

The lawsuit was filed in South Africa because Anglo American has offices there and Zambian law does not allow class action lawsuits.

The lawsuit alleges the victims' lead poisoning was due to the mining corporation's pollution at the mine from the 1920s to 1970s and is seeking reparations.

Anglo American declined to do an interview with VOA but in an emailed statement repeated denial of responsibility for any lead poisoning.

Spokesperson Sibusiso Tshabala said Anglo American was just a shareholder until 1974 in the mine, which was operated by Zambia Broken Hill Development Company, who were responsible for employee health.

The Zambian government and various entities ran the mine from 1974 until it was closed in 1994.

Tshabala called the lawsuit opportunistic and implied a commercial motive in singling out Anglo American.

"What we are looking for is the families that are affected to be compensated and probably the company that started mining here in Kabwe to provide remedial measures so that the areas where this lead poisoning is coming from could be treated," he said.

The South African court ruled on November 25 that UN experts could submit their findings at a court hearing in January that will decide if the class action lawsuit can go ahead.

Lawyers for Leigh Day declined an interview request but welcomed the judgment in a joint statement emailed to VOA.

It said, "corporate legal accountability and access to justice for the Kabwe lead poisoning victims has been outstanding for generations and is of paramount importance."

Anglo American had already agreed to interventions by Amnesty International and the Southern Africa Litigation Center.

Human Rights Watch submitted the application to allow U.N. experts to intervene in the case.

The rights group says soil in the townships surrounding the Kabwe mine has concentrations of lead more than 150 times higher than the recommended international standard.

Since 2019, the Zambian government supports a $60 million World Bank-funded project to provide medical help to the affected communities.

Gideon Ndalama is the National Coordinator for the Zambia Mining Environmental Remediation and Improvement project.

He said more than 10,000 women and children have been treated so far.

"We procured lead test kits to support the interventions as well as lead diagnostic kits that are being used in four health centers in Kabwe," said Ndalama.

A March report by the U.N. Special Rapporteur on human rights and the environment report listed Kabwe as one of the world's 50 most polluted places on earth.

It said 95% of children in Kabwe suffered elevated blood lead levels caused by lead mining and smelting, which can cause impair brain development and cause blindness, paralysis, and death.