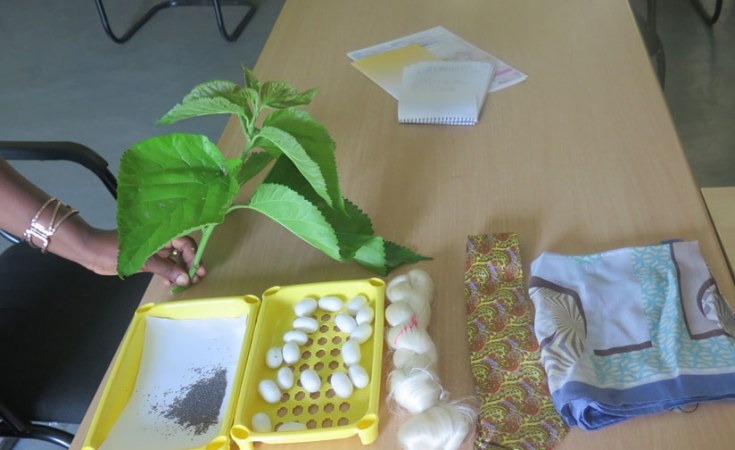 Lack of an investor led to a 43 per cent decline in the production of silk cocoons in the 2021-2022 fiscal year, compared to the previous year, it has emerged.

Silk cocoons are coverings of threads that are produced by silkworms after feeding on mulberry trees, and are used in the textile industry.

As per the 2021-2022 annual report by the Ministry of Agriculture and Animal Resources, the National Agricultural Exports Development Board (NAEB) supported farmers and Cocoon Production Centers (CPCs) to rear 1159 boxes of silkworms, and the production of cocoons which was 15.4 tonnes in that fiscal year ended on June 30 last year.

The report showed that the decrease observed in silk sheath production was "particularly due to farmers discouraged by the departure of the previous investor in the sector."

It showed that some sericulture, or silk farming, agriculturalists did not resume production after termination of contract with HeWorks Rwanda Silk Ltd.

"They were discouraged by reduction in farm gate cocoon price that followed the fluctuation of value on the international market caused by Covid-19 pandemic effect on different economies," the report indicated.

Speaking to The New Times, Jean de Dieu Rukemwa, the president of Musereko Sericulture Cooperative in Gatsibo District, said that some farmers seem to have been demotivated because of lower price at which their cocoon produce was being bought since the departure of the Korean firm, yet, breeding silkworms requires intensive care.

He said that (some) farmers carried on sericulture because NAEB told them it was looking for another investor in the silk sector.

"We are still taking care of mulberry trees because they told us that another investor would be found to do the same work that the Korean firm was doing," Rukemwa said, adding that the cooperative has a mulberry plantation of a hectare and a half.

Information from NAEB showed that in August 2021, it took over the sericulture business after the exit of HeWorks Rwanda Silk Ltd.

In response to that change, it argued that HeWorks Rwanda Silk Ltd, in collaboration with NAEB, had to take this price variation into account and review the cocoon pricing structure on the local market.

NAEB indicated that the price of fresh cocoons, therefore, decreased by 17.7 per cent, from Rwf3,450 to Rwf2,840 a kilogramme.

Tagged:
Copyright © 2023 The New Times. All rights reserved. Distributed by AllAfrica Global Media (allAfrica.com). To contact the copyright holder directly for corrections — or for permission to republish or make other authorized use of this material, click here.