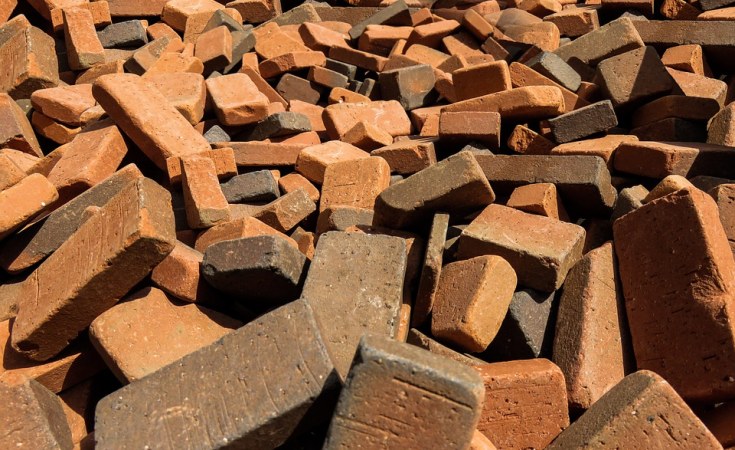 Lubero, Democratic Republic of Congo — Over the last few years, something has changed about Kirumba. From the hills overlooking this rural town in DRC's North Kivu province, one might spot a shop made of brick or a tile-roofed house.

In Kirumba, brick buildings stand out.

Most commercial buildings and houses in Kirumba, the largest commercial center in North Kivu's Lubero territory, are made of mud and wood, prone to destruction. In fact, only about one-third of houses in DRC (about 5 million) have walls made from stone, cement, blocks, bricks, steel, or iron or asbestos sheets, according to a 2019 report by Power Africa, a partnership between the United States government and several African countries that seeks to increase access to power in Africa.

Several factors account for this, such as low income, complicated land management systems and decades of conflict, which have derailed development. But one urban development organization has pooled resources to help locals construct durable buildings. In the process, they are transforming Kirumba's landscape and planning to improve access to adequate housing.

Saasita came up with the idea in 2010. He was interested in a way that locals could help each other build more durable commercial buildings and houses. Then, he started talking to people.

"We found that pooling our efforts was necessary in order to respond to construction challenges," Saasita says.

Accurate data on housing access in DRC is hard to come by, but the housing situation has deteriorated as many have fled their homes due to conflict. Between 2008 and 2021, conflicts caused nearly 17 million displacements. A vast majority took place in the eastern part of the country, according to the Internal Displacement Monitoring Centre.

Migration and displacement have led to rapid urbanization in DRC's cities. But this urbanization isn't accompanied by better infrastructure or economic development. In fact, about 75% of those living in urban areas in Kinshasa, the capital and one of the biggest cities in Africa, according to a 2018 World Bank report, live in "slums."

The eastern region, home to Kirumba and the heart of the conflict, has experienced fast urban growth, especially in Goma. But housing infrastructure is generally poor, according to the United Nations Human Settlements Programme.

Members pay a registration fee of $7, and each member contributes $1,000 per year. The organization pools these resources and distributes them to one member at a time, based on the order they joined.

So far, the organization has 28 members -- mostly business owners -- who are subdivided into three smaller groups to shorten the time it takes to get to each member. "We've already built 17 buildings in the commercial center of Kirumba," Saasita says.

Although they have focused on commercial buildings, Saasita says they will expand to residential areas. "Our commune will become a city," he says. "But it won't happen just like that. We need to develop it."

Kambale Kinyagha Osée, a farmer in Kirumba, heard about the initiative a few years ago. He had been interested in constructing a commercial building with shops to rent and was already preparing the bricks. Then his wife died. He needed help, so he joined the organization and contributed money.

"After my wife passed away, I was going through such a difficult time that I could not do it on my own," Kinyagha says.

In January 2022, the organization gave him $11,000 to finance construction. He could now afford to buy construction materials and pay taxes. Now, he rents the shops to businesses. While this is a source of income, owning a brick building has also brought prestige, he says.

As site controller for the local planning authority in Kirumba, Paluku Kavunga issues building permits and welcomes the initiative: "We want to embellish the urban landscape here in the commune." All that authorities require, he says, is for members of the organization to provide land documents.

He disagrees that the land management system is complicated and blames it on the public's lack of awareness.

"There is a legal procedure to follow for the construction of a house. First of all, people need to provide all the documents justifying ownership of the land," he says. "Once all the land ownership documents are in order, they only come to us to apply for a building permit before construction can begin. Our department fights against uncontrolled construction and is involved in regional planning."

Not everyone agrees with the initiative. It only works for the rich, says Kasereka Matembela, who lives in a wooden house. "Where can a poor person find $1,000 a year?" asks the 33-year-old motorcycle taxi driver. He would like to build a better house, but he doesn't have the means.

Saasita agrees that the amount is high for most people in this region. But if more people join, he says, the organization will be able to reduce the registration fee.

Obed Kambale Kiveho, the mayor of Kirumba commune, sees the initiative as a contributor to the commune's growing status.

"We went from a grouping to a 'cité' [small town], and now a commune. Tomorrow, we'll be a city. So, we need to improve our constructions," Kiveho says. "Anyone who owns a plot of land in the commercial center or on roadsides and is not in a financial position to build a brick house should sell it to someone who can afford to."

Zawadi Muhindo, a Kirumba resident, sees no harm in selling a plot to someone who has the means to build a brick house. "When you sell your plot to a rich man who is going to build there, you have the possibility of going to find another plot elsewhere and using the rest of the money for other businesses," he says. "I think that's a good step."

Although Kirumba still has buildings made of poor-quality materials, its urban landscape has improved, Saasita says. He sees the initiative as a success because the "fruits are there" to see.

Merveille Kavira Luneghe is a Global Press Journal reporter based in Kirumba, Democratic Republic of Congo.

Tagged:
Copyright © 2023 Global Press Journal. All rights reserved. Distributed by AllAfrica Global Media (allAfrica.com). To contact the copyright holder directly for corrections — or for permission to republish or make other authorized use of this material, click here.