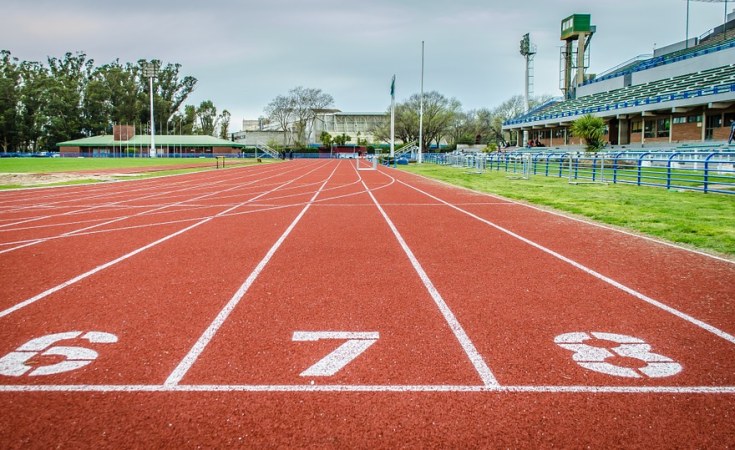 Nairobi — World Athletics boss Lord Sebastian Coe has warned the country that only action, and not just talk, will help eradicate doping, even as he gave a thumbs up to the government and Athletics Kenya's (AK) plan to fight the vice in the country.

Kenya survived a possible sanction from World Athletics last month due to the increase in doping cases in the country, with almost 40 athletes sanctioned by the Athletics Integrity Unit just in 2022.

There were increasing calls to have Kenya sanctioned due to the cases sky-rocketing, but a plan put forward by AK and the Government, which includes a 25-million-dollar budgetary allocation over five years, saved the country of the blushes.

World Athletics boss Coe who is in the country on holiday met with Sports Cabinet Secretary Ababu Namwamba, Athletics Kenya officials and ultimately Head of State William Ruto, where he was given assurances the government will stop at nothing to eradicate the vice.

But Coe has warned, it will not be a walk in the park and Kenya must walk the talk.

"I know the AIU in Monaco is happy with the plan. They have seen it and confirmed that it has merit, direction and has purpose. However, plans are all fine and dandy on the table, the task now is for all of us to implement the plan, monitor that plan and make sure we are making the right kind of progress," Lord Coe said Thursday, during a briefing in Nairobi.

Sports Cabinet Secretary Ababu Namwamba disclosed they had come up with a blueprint on the way forward as far as tackling doping is concerned, having had a three-day retreat last month with a multi-agency approach.

Namwamba says the fight will not only involve the Ministry and AK, but also the Department of Immigration, the Directorate of Criminal Investigation (DCI) the Directorate of Public Prosecution (DPP) as well as any other relevant government body.

"We are a country that has built a reputation as competitors who run and win clean. We have made it very clear that this is a tradition we are proud of and will do anything to protect and defend. We have thanked World Athletics for listening to our plan and agreeing to support the implementation of that plan," Ababu said.

Athletics Kenya boss Lt. Gen (Rtd) Jackson Tuwei said they were pleased with the hands on deck approach from the government in fighting the vice.

"It was important to come out with a roadmap which will guide us into the future as we look to fight this vice and protect the image of the country," Tuwei said.

At the same time, Coe, who said he was happy especially with the support assured by president Ruto, says World Athletics and the Athletics Integrity Unit will continue supporting the country to ensure the dirt on the face is dealt with.

"This is a complicated landscape and there are no quick or easy solutions or scapegoats. I was pleased in the commitment shown and particularly in my meeting with President Ruto who made it very clear that the work is government led on this challenge with his blessing, guidance and drive from very top and also crucial that he added no effort will be spared," Coe said.

Among the things the government has promised to do is to avail 25million dollars over five years (Approx Sh3bn) in the fight against doping. This amount will go into more testing and education.

"We will resource ADAK (Anti-Doping Agency of Kenya) and support AK in their very robust program of education. I am happy that in this battle, the number one champion is the president himself William Ruto who has given his commitment and declared his absolute support," Namwamba said.

Meanwhile, ADAK Chief Executive Officer Sarah Shibutse has said they are planning to increase the number of tests per year, with a target of at least 3,000 annually in their bid to step up the fight against doping.

Next Story
Tagged:
Copyright © 2023 Capital FM. All rights reserved. Distributed by AllAfrica Global Media (allAfrica.com). To contact the copyright holder directly for corrections — or for permission to republish or make other authorized use of this material, click here.